The library organization initially denied Cameron the opportunity to read the book for its story hour but later caved and allowed the event to happen.

A video recording shows a long line of people walking into the building, and photos capture families sitting on the floor and standing against the wall.

“This was the largest event held at the library in its 137 years of existence,” Zac Bell with BRAVE Books, who is with the book’s publisher, commented. “The turnout was phenomenal! We were blown away.”

Cameron’s book centers around a tree’s growth and teaches children about family, faith, and biblical wisdom. 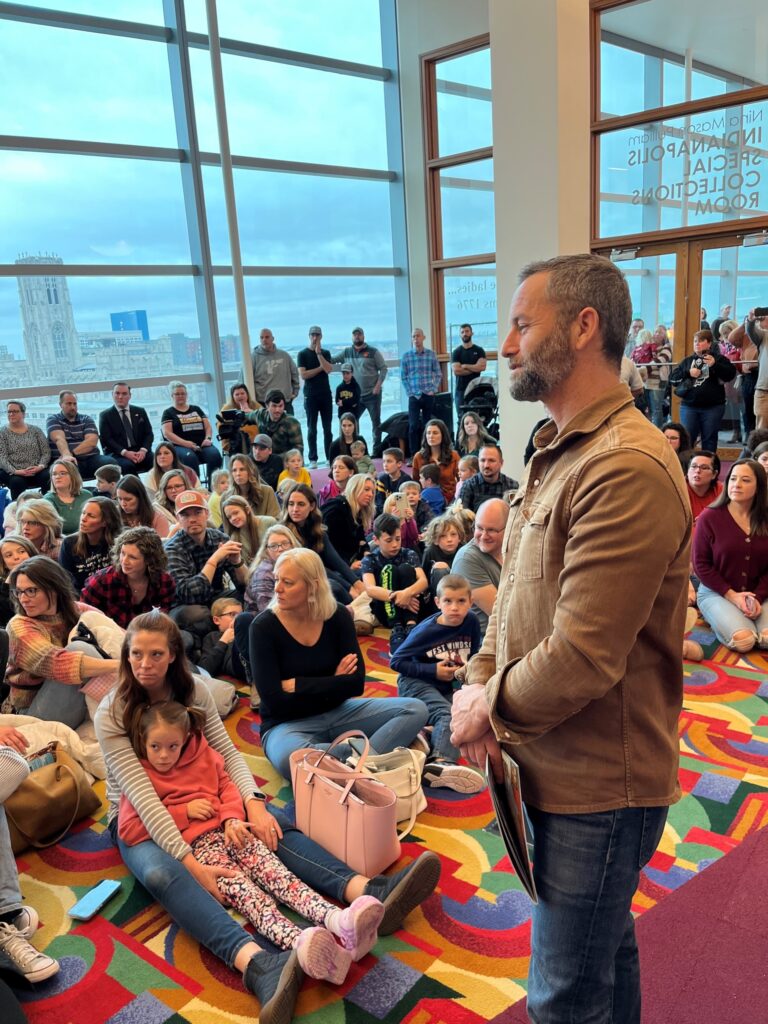 According to Bell, the Indianapolis Public Library “originally denied us the ability to book the reading. We sent them a letter that threatened legal action and they backed down.”

Meanwhile, Cameron and his publisher recently criticized libraries that will not allow a public reading of his book but offer “drag queen story hours” for children.

However, “No more will the family of faith be shut out from the public square!” Cameron wrote in a social media post Wednesday:

At the recent book reading in Indianapolis, Bell said they were frustrated the library put the group on the sixth floor in a small room when the building has an auditorium.

“When we asked why they didn’t put us in the auditorium, they responded, ‘You never asked.’  But the parents and families that came out were so supportive,” he noted.

During the event, Cameron thanked the crowd for coming and told them to find more great books and read them to their children.

“God bless you and Happy New Year,” he said. The author is scheduled to read his book at New York’s Scarsdale Library on Friday.