Some 50,000 Canadians marched through Montreal this weekend to protest global warming while wearing down jackets and parkas to stave off the freezing weather.

While the CBC noted that protesters had “braved the cold” Saturday to call for better environmental policies, they failed to point out the irony that people were allegedly marching against rising temperatures.

The demonstrators are part of a movement called “The Planet Goes to Parliament,” which seeks to influence politicians to take a stronger stand on anthropogenic climate change. Among those present were several Quebec politicians, including environment minister Isabelle Melancon and Montreal Mayor Valérie Plante.

Nathalie Roy, the spokeswoman for the group, said that the movement was born out of frustration from citizens who felt insufficient attention was paid to climate change during recent provincial elections.

“It started because we needed to channel the indignation we felt about the fact that, during the campaign, there was very little said about environmental issues — where we feel a true sense of urgency,” Roy said.

The group has organized five protests throughout Quebec this fall, and the turnout has reportedly been rising. 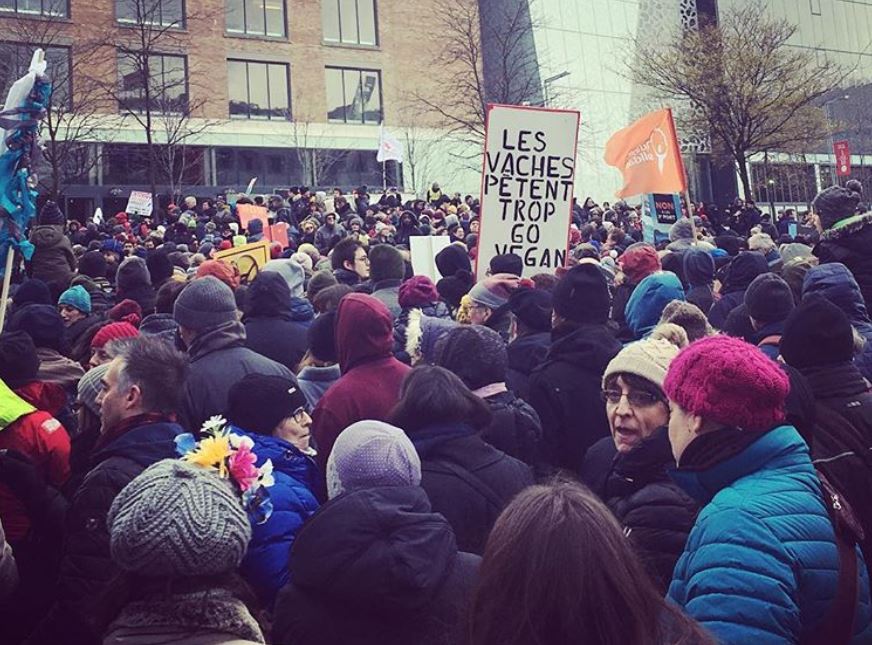 The organization urges people to sign onto “A Pact for the Transition,” an alliance of environmental activists seeking to collect one million signatures to pressure the government into revising its approach to climate-related issues.

Since its release last week, the Pact has garnered signatures from more than 150,000 people.

“All together, we citizens across Quebec — from cities and towns, business and communities, beyond our political differences and in unity with Indigenous peoples — hereby express our firm desire to take the necessary actions to protect the world we live in and to move towards a low-carbon future,” the Pact website states.

The Pact is demanding that the government come up with a plan to reduce greenhouse gas emissions by 45 percent by 2030 as well as barring any new project to explore or expand fossil fuel production and stopping all subsidies of fossil fuels.