A volcanic eruption and tsunami in the South Pacific island kingdom of Tonga on Saturday caused massive waves which radiated throughout the greater Pacific Ocean in subsequent hours, reaching the coasts of Peru — where two people died after a tsunami engulfed a beach in the country’s north — and Chile.

“Two people drowned off a beach in northern Peru due to high waves caused by the tsunami,” Reuters reported on January 17.

The impact of Tonga’s tsunami on January 15 — caused by a volcanic eruption that decimated the uninhabited Tongan island of Hunga-Tonga-Hunga Ha’apai — reached Latin America’s Pacific Ocean coast roughly 6,600 miles away within hours.

“The Chilean coasts were hit this Saturday afternoon [January 15] by a tsunami with waves of almost two meters [about six feet] in the north, after the eruption of an underwater volcano near the island of Tonga in the Pacific,” the Latin American news site Infobae reported. 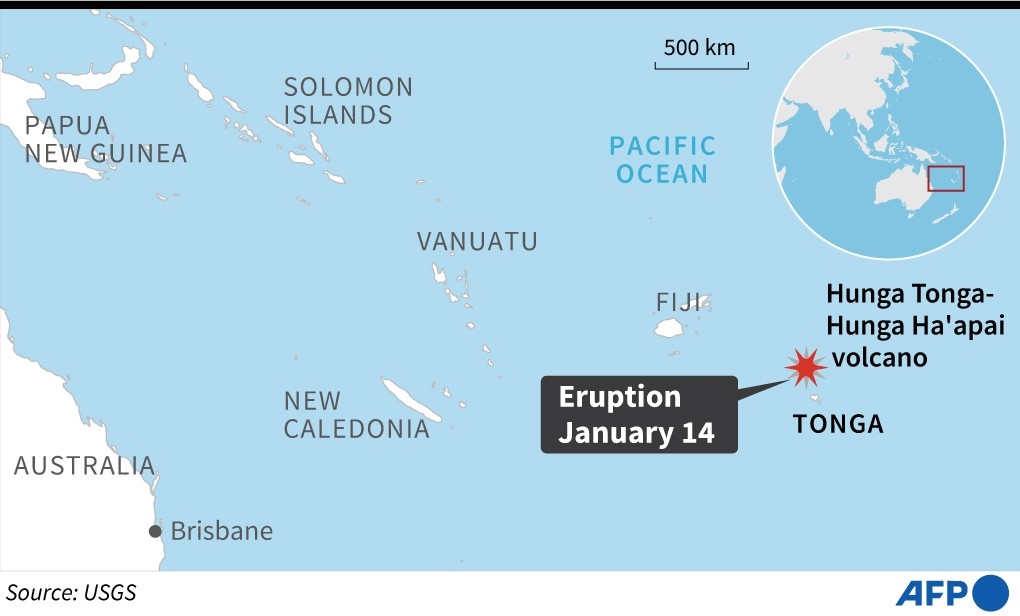 “The largest waves were felt in some cities in the north of the country such as Iquique and Atacama, where there were slight floods, as confirmed by the Hydrographic and Oceanographic Service of the Chilean Navy (SHOA),” according to Infobae. 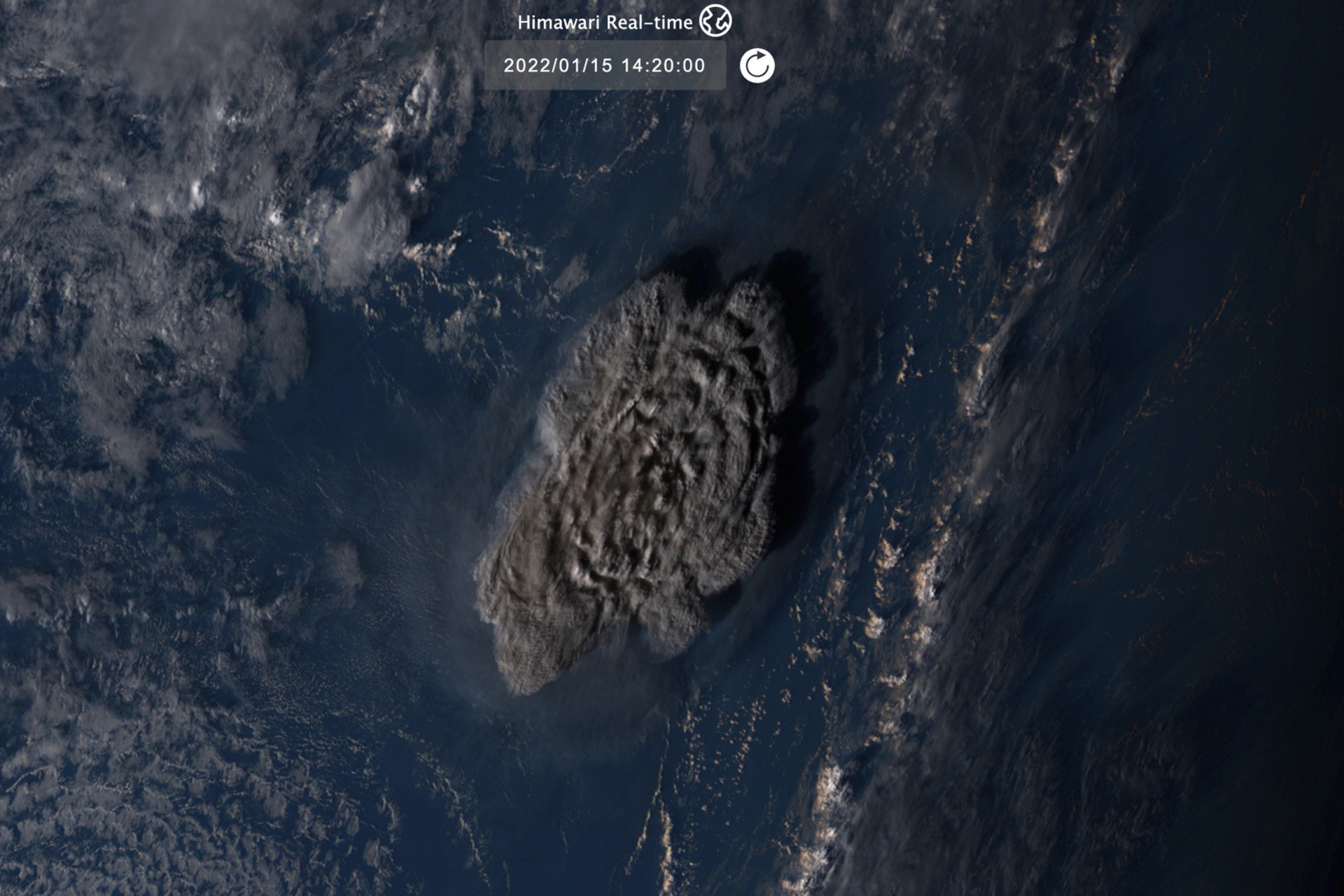 This satellite image taken by Himawari-8, a Japanese weather satellite operated by Japan Meteorological Agency and released by National Institute of Information and Communications Technology (NICT), shows an undersea volcano eruption at the Pacific nation of Tonga Saturday, Jan. 15, 2022. (NICT via AP)

Other nations including Fiji, Samoa, Vanuatu, the Solomon Islands, New Zealand, Japan, and the U.S. reported aftereffects associated with the impact of the Tongan eruption over the weekend.

The United Nations (U.N.) Office for the Coordination of Humanitarian Affairs (O.C.H.A.) issued an update on the Tongan natural disaster on January 17 revealing “[a]n active distress beacon had been detected from Mango.”

Mango is one of two small, low-lying Tongan islands which the U.N. said it was particularly concerned about on Monday. Tonga’s government estimates that 36 people live on Mango island and 69 reside on the island of Fonoi.

The U.N. said there has been “no contact from the Ha’apai Group of islands,” which is where Saturday’s volcanic eruption occurred.

“New Zealand and Australia carried out surveillance flight today and the latter reported substantial property damage at the western beaches region,” the U.N. stated on January 17. “In addition, the Tongan Maritime Force, the country’s navy, deployed to the Ha’apai Group of islands yesterday.”

The Tongan volcanic eruption and tsunami caused significant damage to a nearby undersea cable which the region relies on for international communication. The cable could take as long as one week to restore, Tonga’s deputy head of mission in Australia, Curtis Tu’ihalangingie, told Reuters on January 17.

The U.N. said no deaths related to the disaster had been confirmed in Tonga as of Monday, though it added that at least two people were considered missing. Reuters reported at least one death due to the tsunami on Monday.

“British woman Angela Glover, who ran a dog charity in Tonga, was killed, her brother told British media,” according to the news agency.