Most of the party’s 24 MEPs are believed to have taken part in the protest, standing up and turning their backs while the theme tune to the European Union was played: Beethoven’s Ode to Joy.

It is effectively a ‘theme tune’ (or maybe even a ‘loony tune’) since there is no official anthem of the EU – and attempts to create one were slapped down during the course of the drafting of the Lisbon Treaty.

The Liberal Democrats’ only remaining MEP Catherine Bearder tweeted, “Shocking disrespect from UKIP and others to turn back on orchestra at opening ceremony,” though she did not say who the lack of respect was for. Presumably, she meant the European Union. As a representative of the United Kingdom, the fact that Bearder may be forgetting where her loyalties should lie so early in this parliamentary session is disconcerting.

Newly elected MEP Janice Atkinson even tweeted a picture of her spoiled ballot paper, showing that she approves of none of the candidates for the president of the European Parliament.

UKIP Deputy leader Paul Nuttall MEP told Breitbart London: “We don’t recognise or respect the EU flag or anthem. They are both symbols of our servitude inside a political union which the British people reject.

“We will do everything we can in European Parliament to oppose the Federalist system which ignores our national democracy and pushes millions of people across Europe into poverty and unemployment. We stand up for our people, not the EU flag and anthem.

“National democracy and EU membership are incompatible. We will do everything we can to free ourselves from this corrupt institution.” 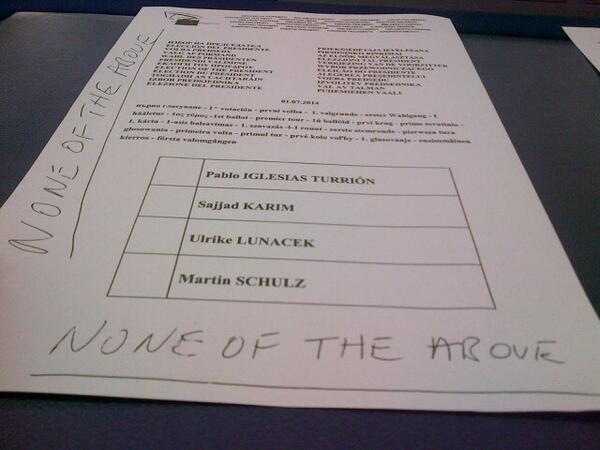 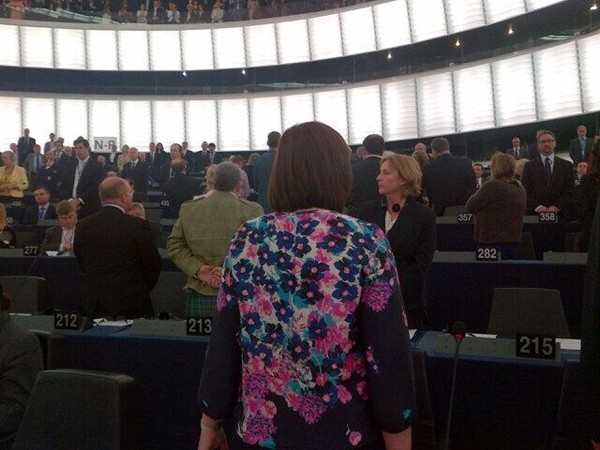 Above: Janice Atkinson’s back turned on the European Parliament 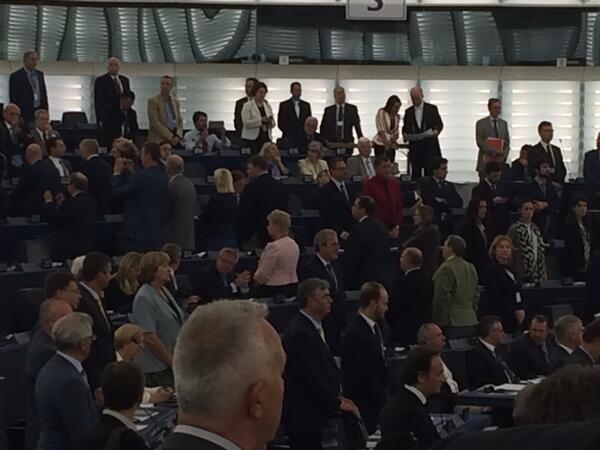 Above: UKIP MEPs turn their backs in protest