The Danish People’s Party (DF), who have become increasingly popular with their combination of common-sense rhetoric and outspoken criticism of mass immigration, want to support Muslims who secretly wish to escape their faith.

The programme would not go out to actively recruit Muslims for conversion into members of greater Danish society, but would rather wait for individuals who had already made a moral judgement to leave themselves, but could face intimidation or violence from other Muslims if they try.

DF spokesman Martin Henriksen was quoted by theLocal.dk as saying of the proposal: “We unfortunately have seen many examples of someone wanting to leave Islam but having a hard time doing it or not daring to do it because they fear reprisals from certain groups within the Muslim communities of Denmark. This is a way in which we can begin doing something about it. 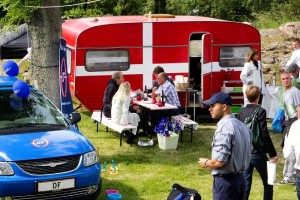 “People shouldn’t directly be offered an exit. One should make the decision oneself. And if one decides that they no longer want to be there, there should be a place to go to get support and back-up”. The programme would seek to help those who already “live a double life because they don’t dare to leave the religion”.

This is only  latest policy suggestion by the party, which could see itself in coalition with the centre-right Venestre party in 2019, on the subject of migration to Denmark, and how to deal with the cultural difficulties created with the heavy inflow of ‘new Danes’. When the Danish government was forced to double it’s annual estimate of arriving asylum seekers last year, the DF responded by  calling for all asylum seekers to be turned away at airports and immediately sent home.

The party, which campaigns to protect Denmark’s traditions, monarchy, and church, also has strong views on education. Breitbart London reported on a new proposal by the party last week to include political cartoons featuring Mohammad on the national curriculum, and to teach children about political violence perpetrated by Muslims against Europe. Speaking on the subject, a DF figure said: “If you live in Denmark you should also be able to tolerate seeing the drawings”.