A crowd of assorted far-left activists gathered in London’s Trafalgar Square last night to rally in “solidarity” with the Greek government.

Speaker after speaker told the crowd how we must respect the will of the Greek people and democracy, yet some then called for the downfall of Britain’s Conservative government. Given we’ve only just had an election it seems a strange way of respecting democracy… 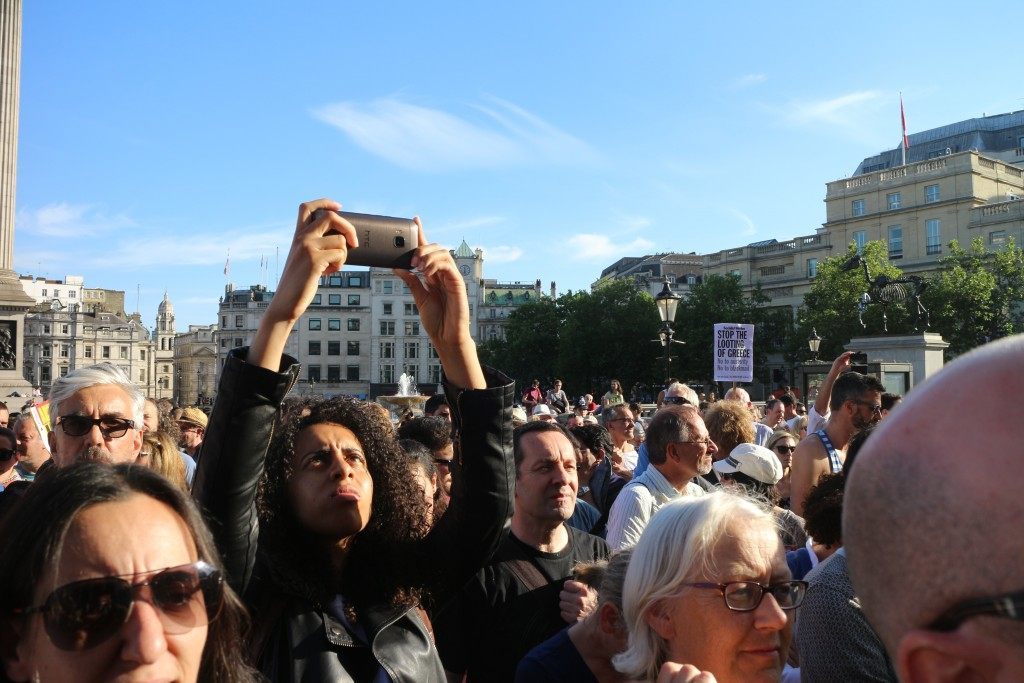 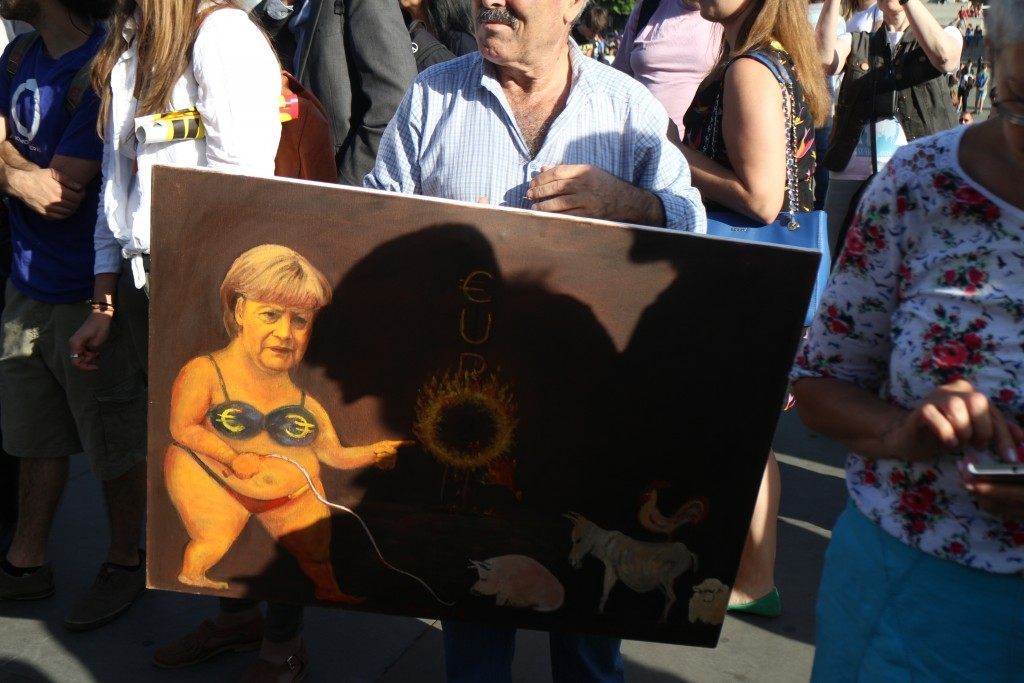 While a man tries to sell a somewhat colourful portrait 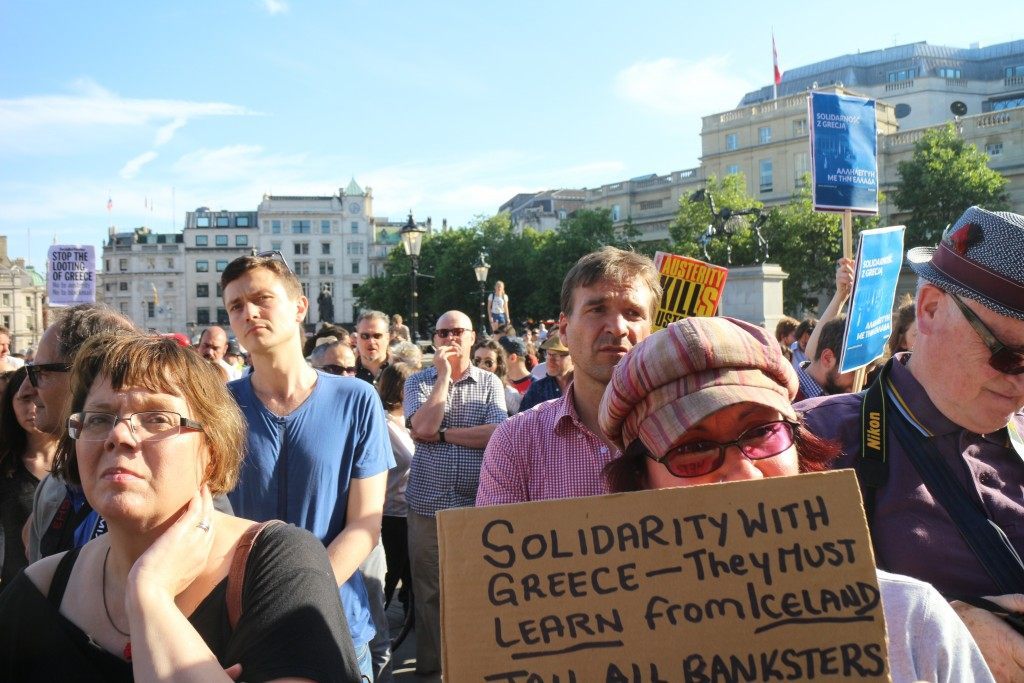 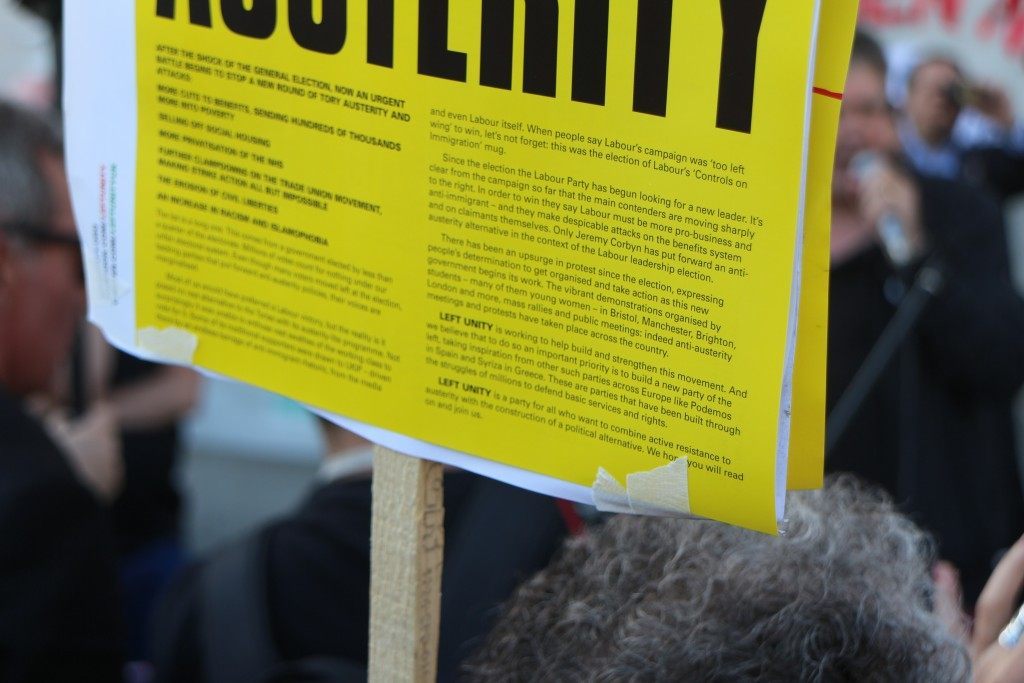 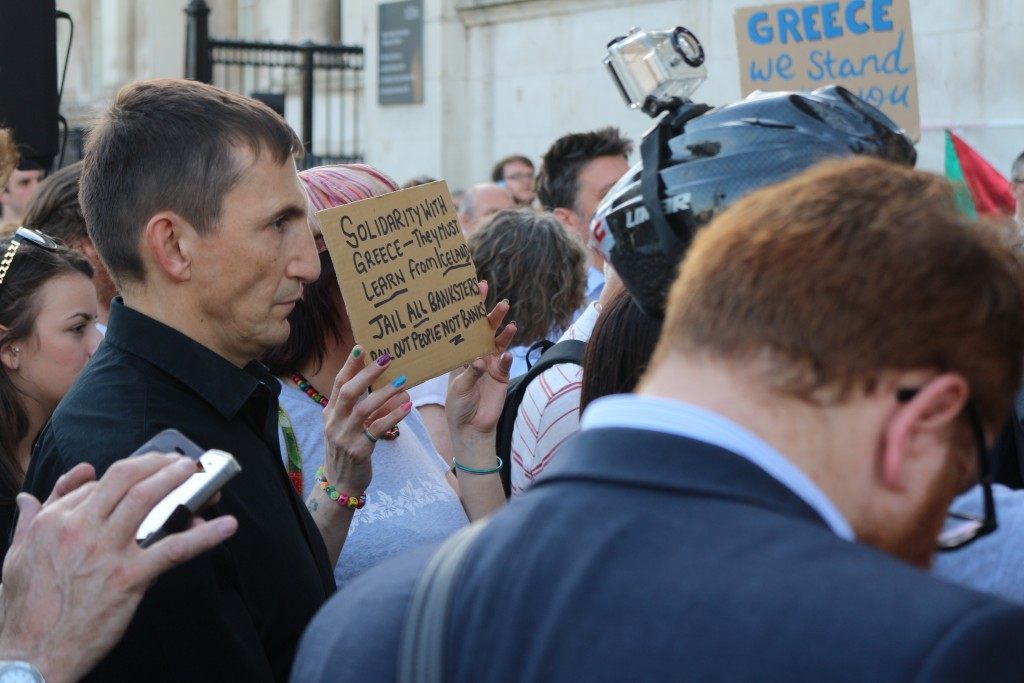 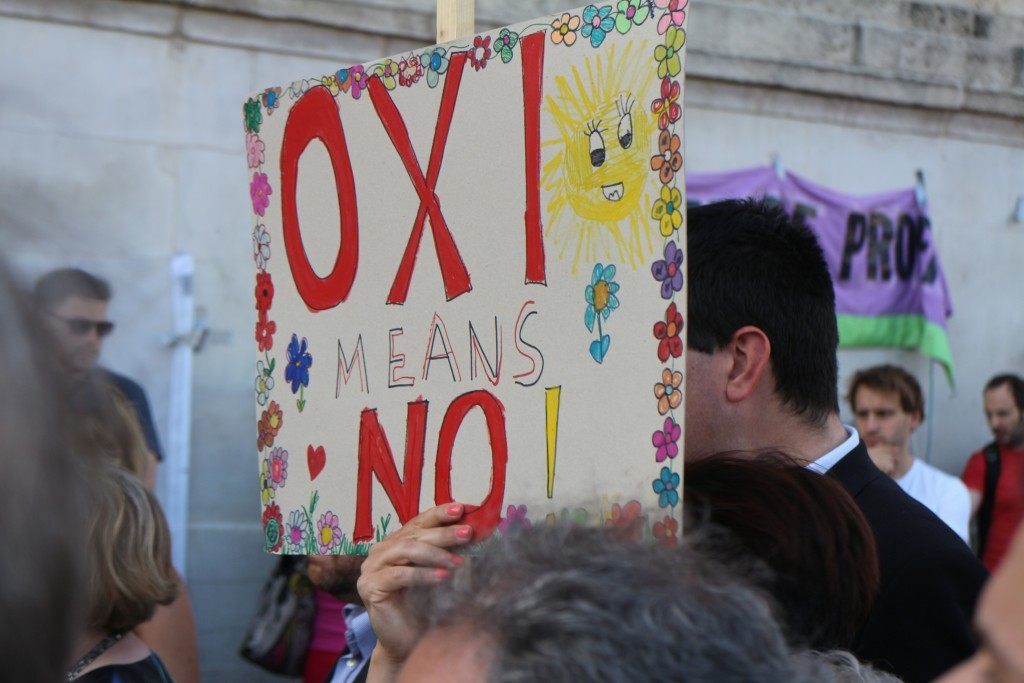 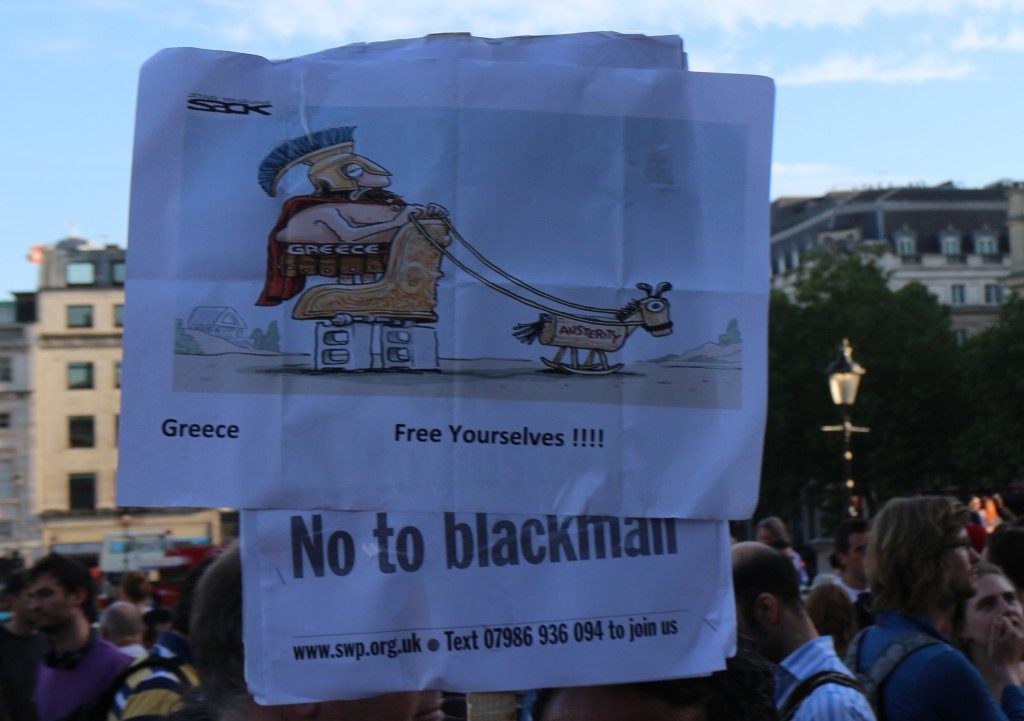 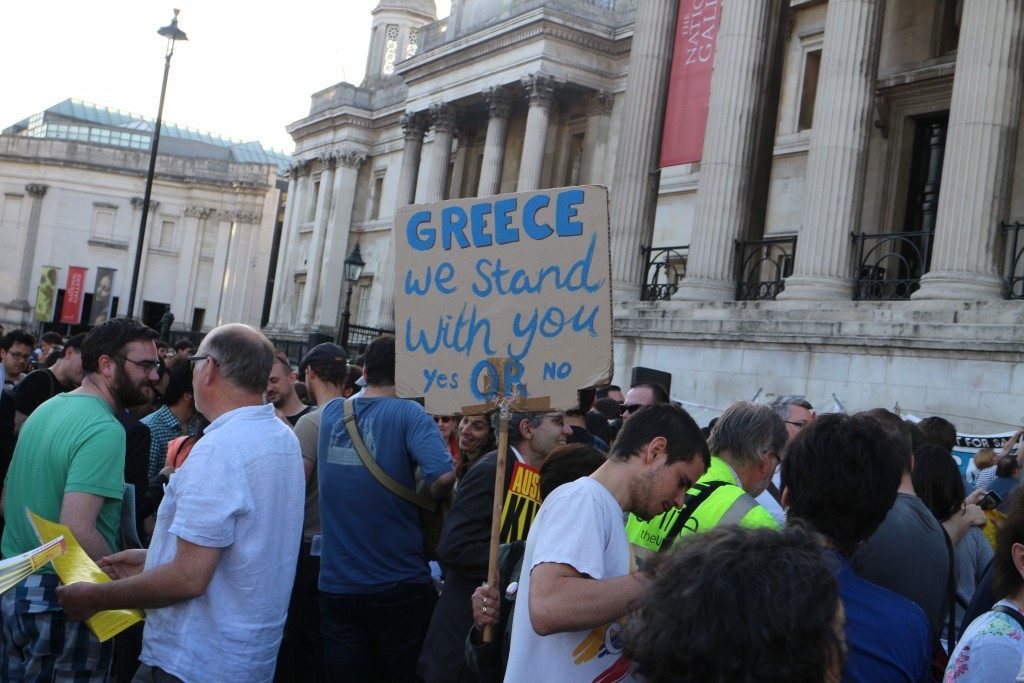 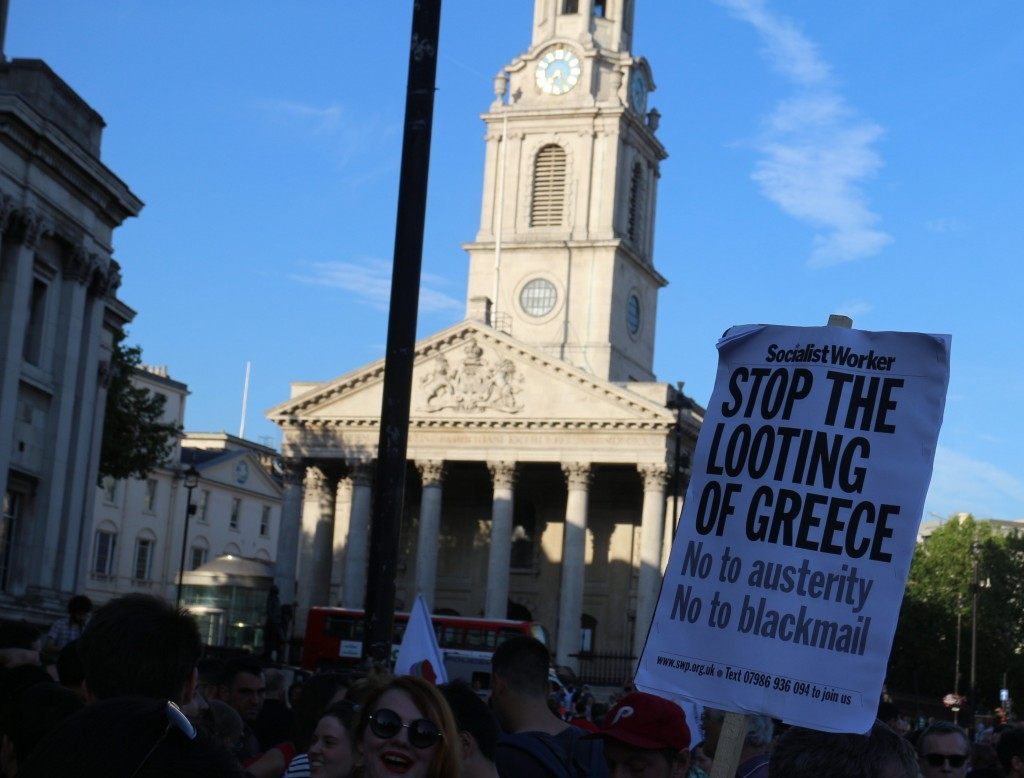 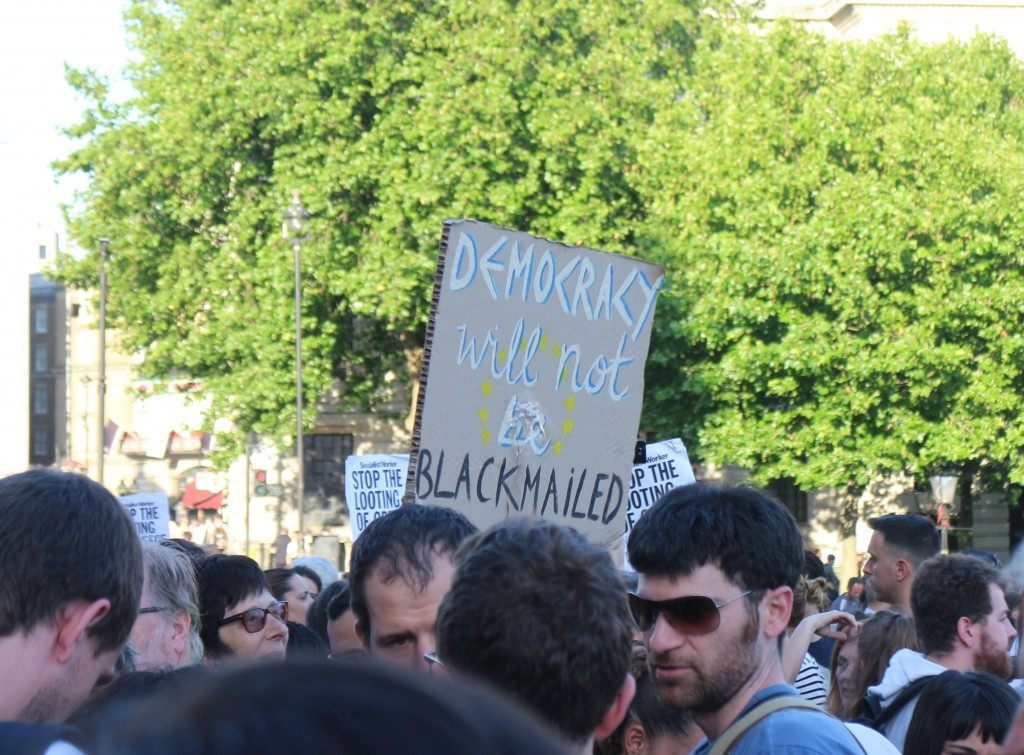 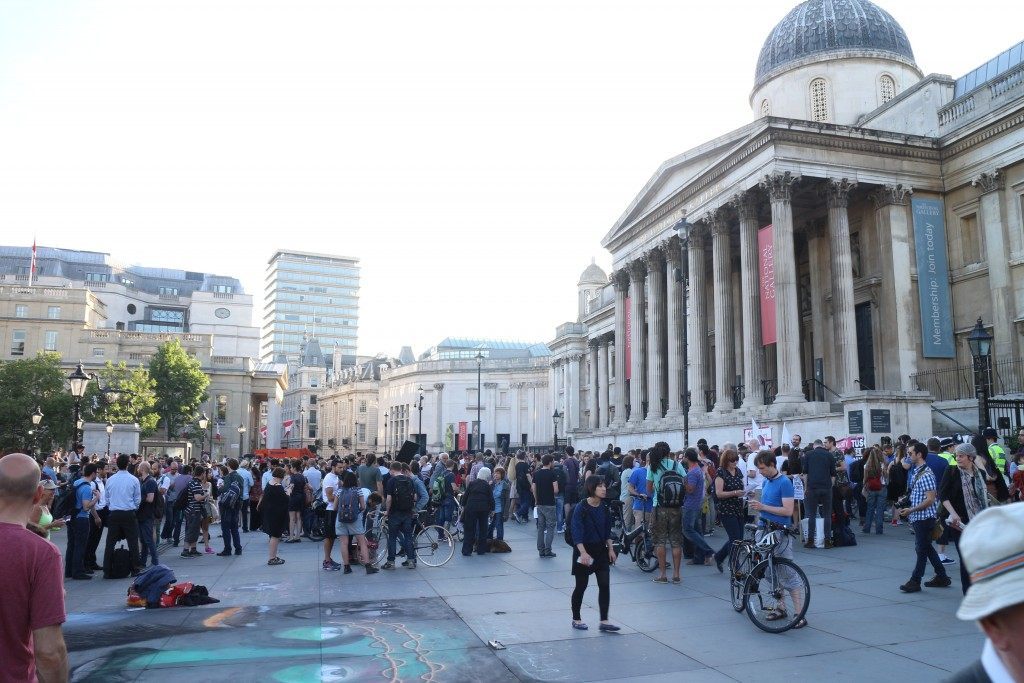 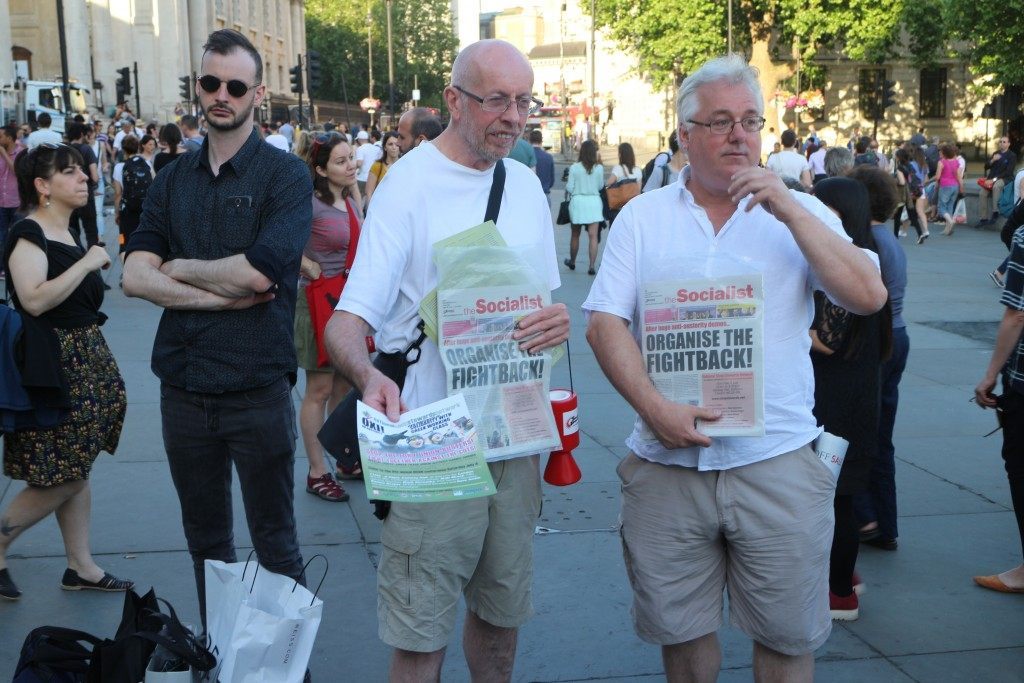 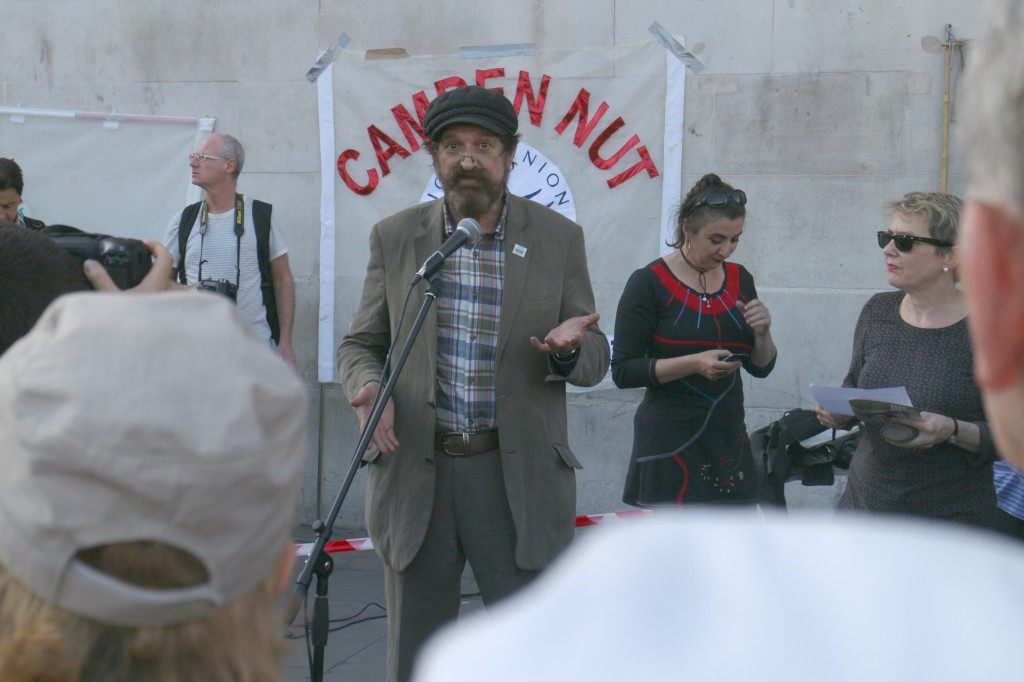 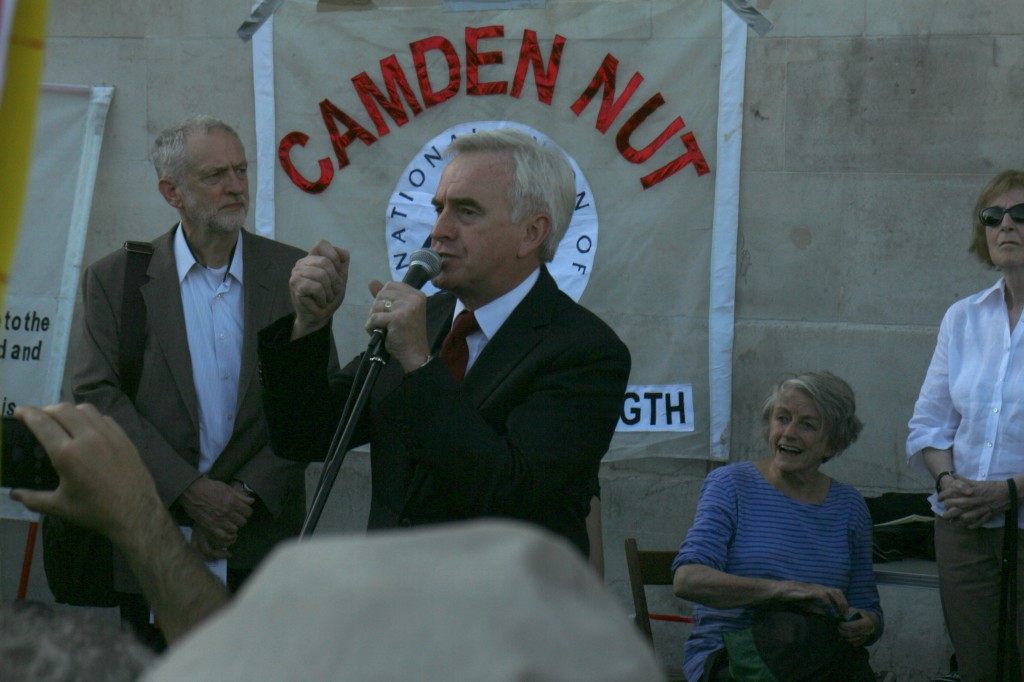 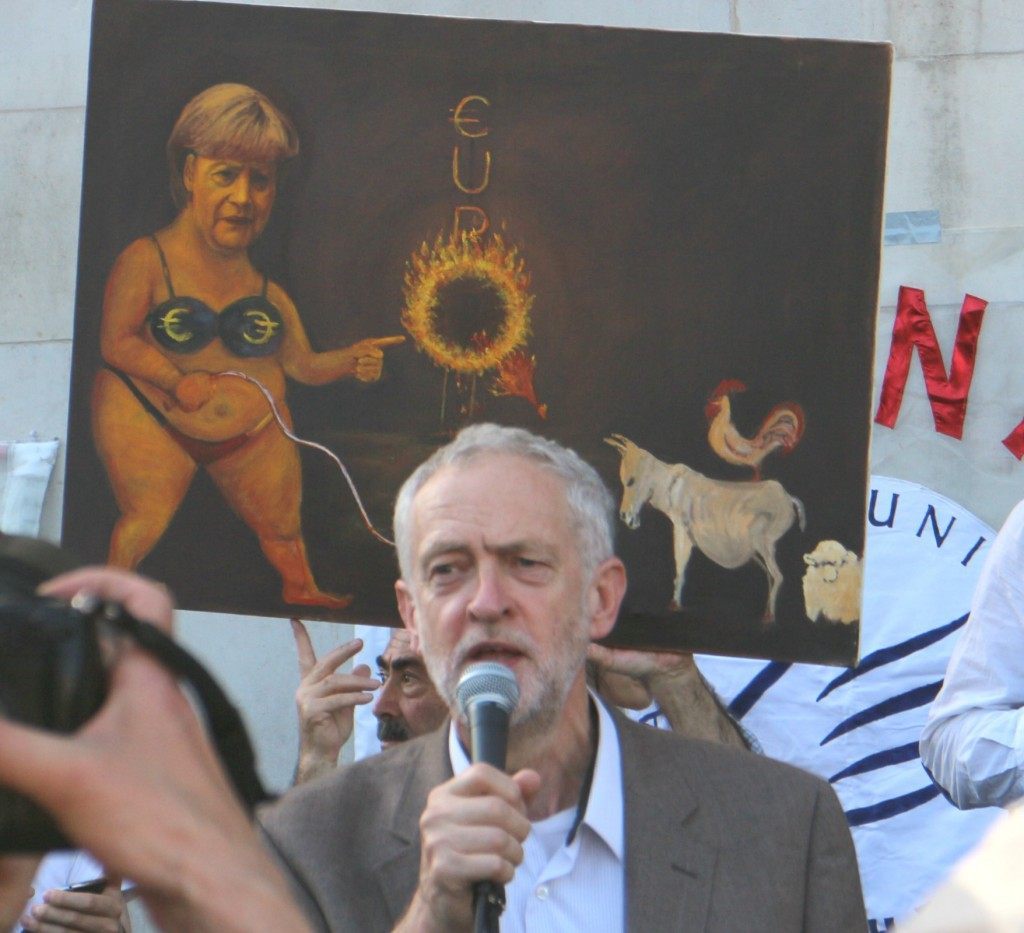 Jeremy Corbyn with an interesting backdrop 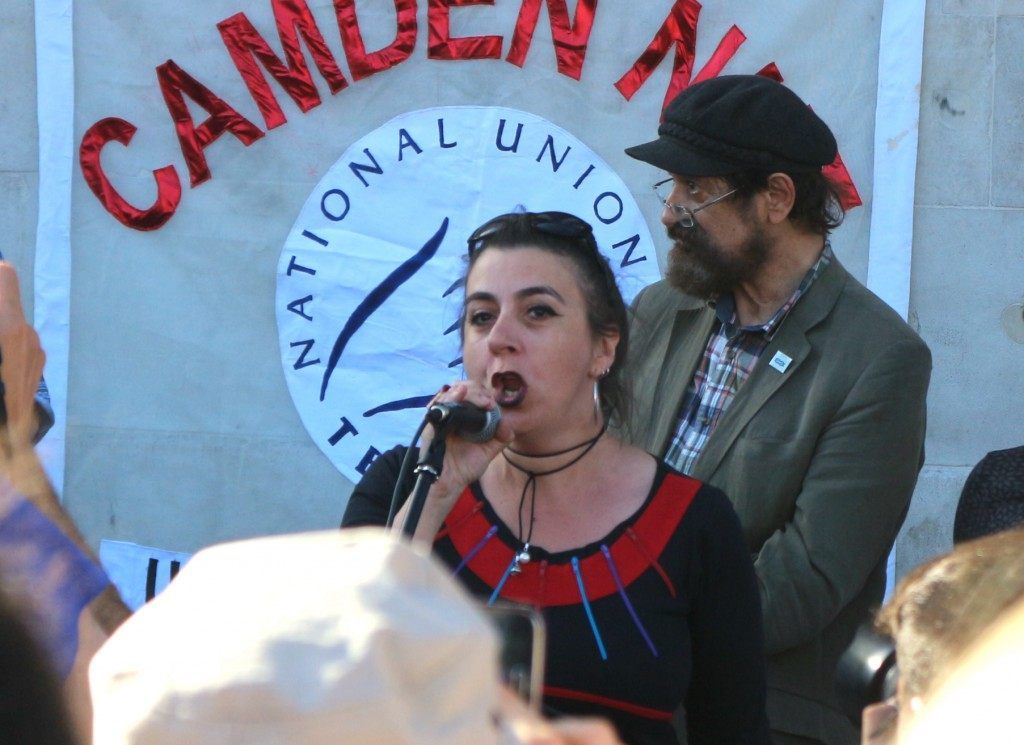 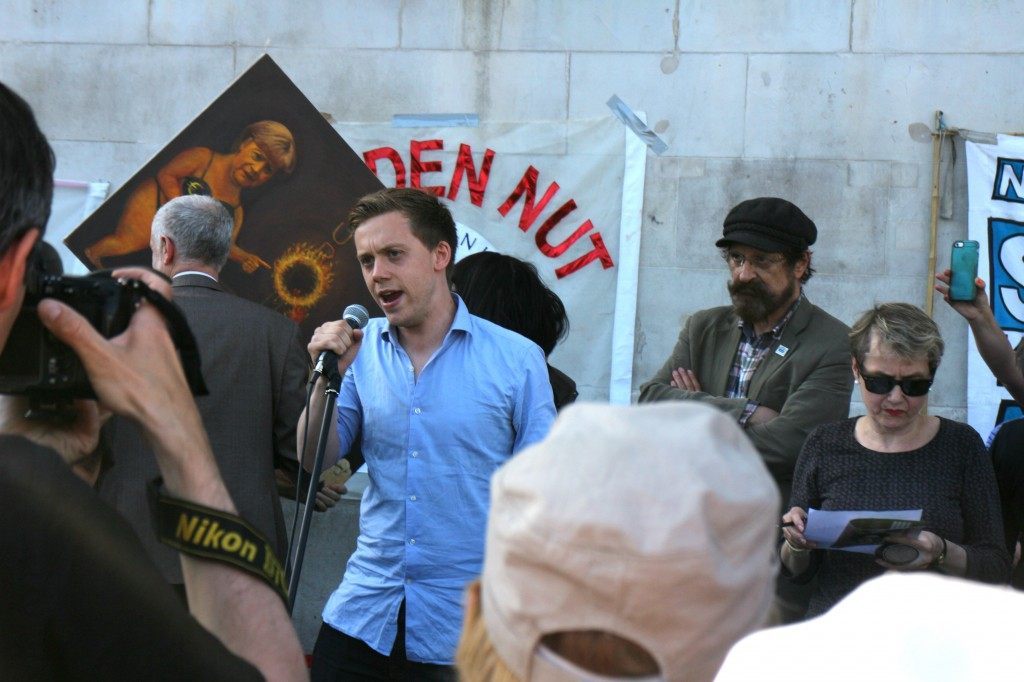 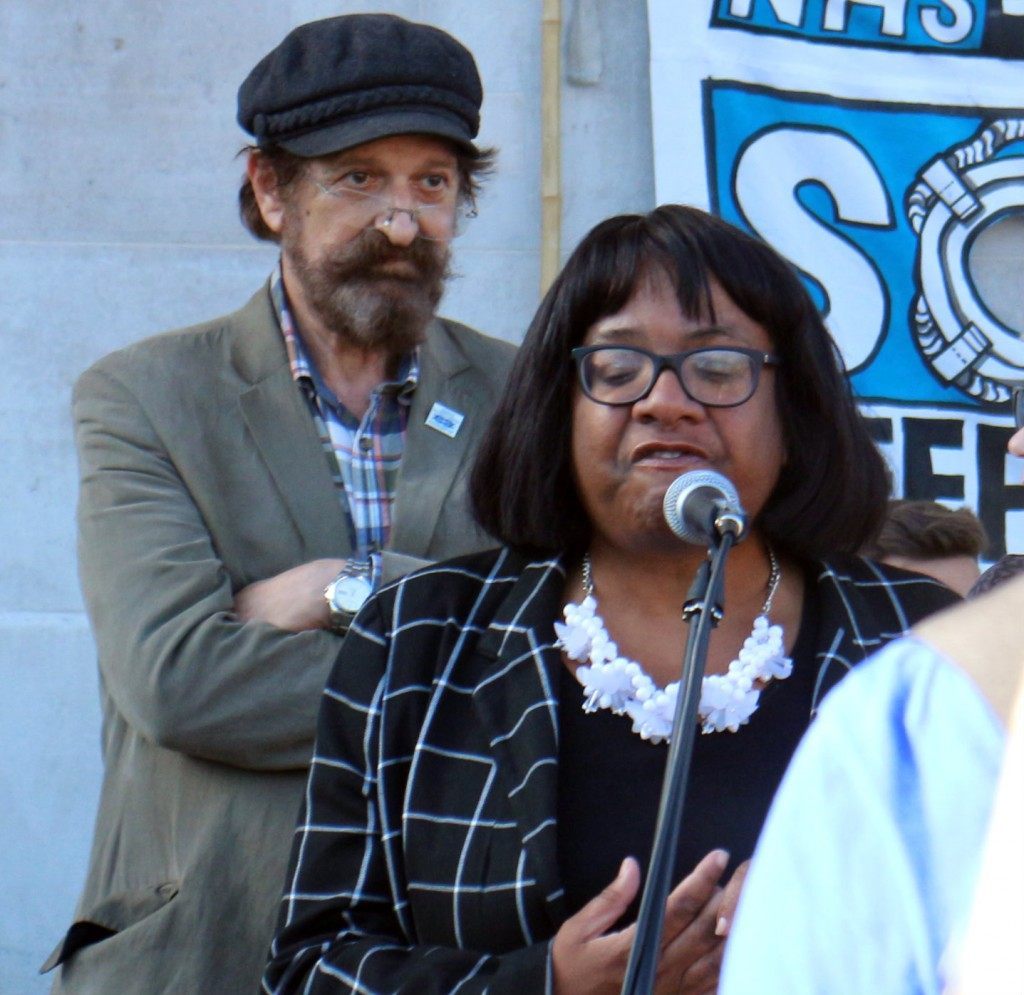 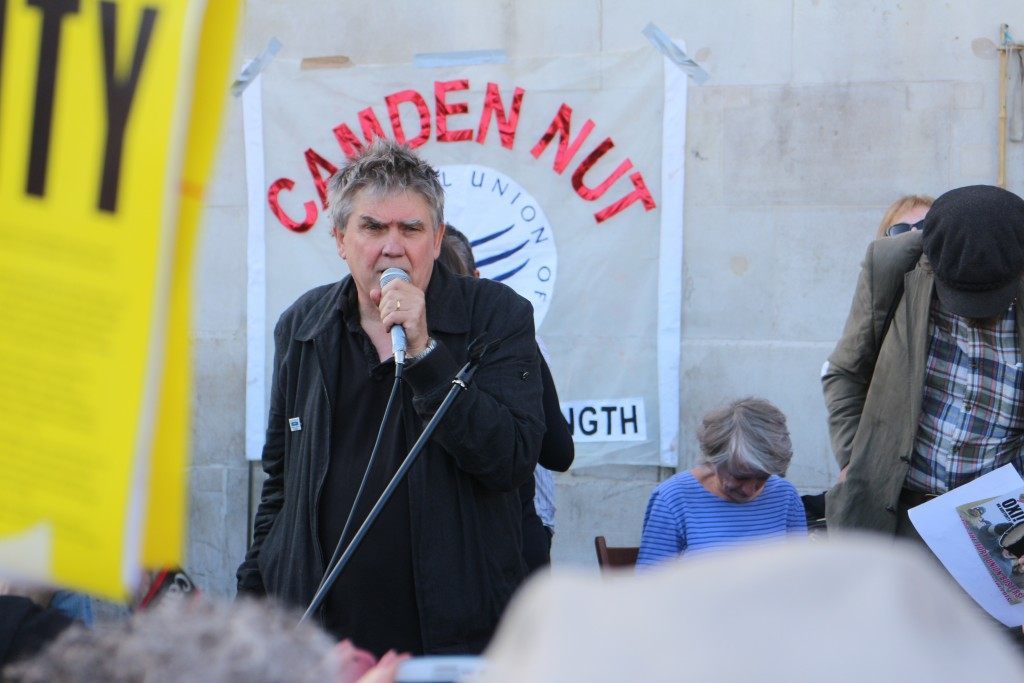 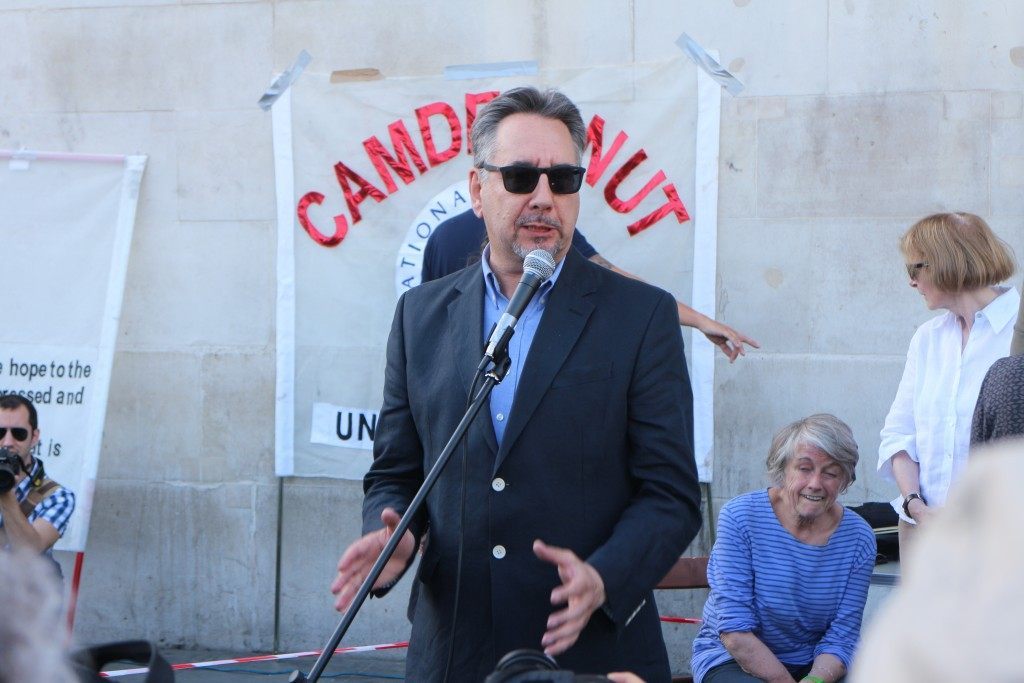 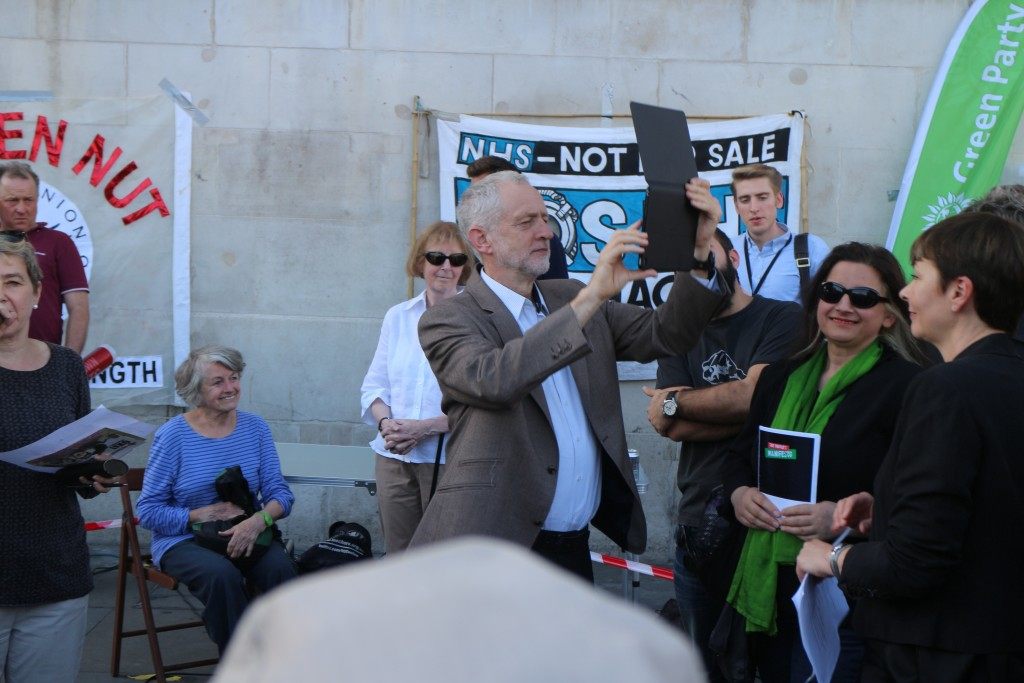 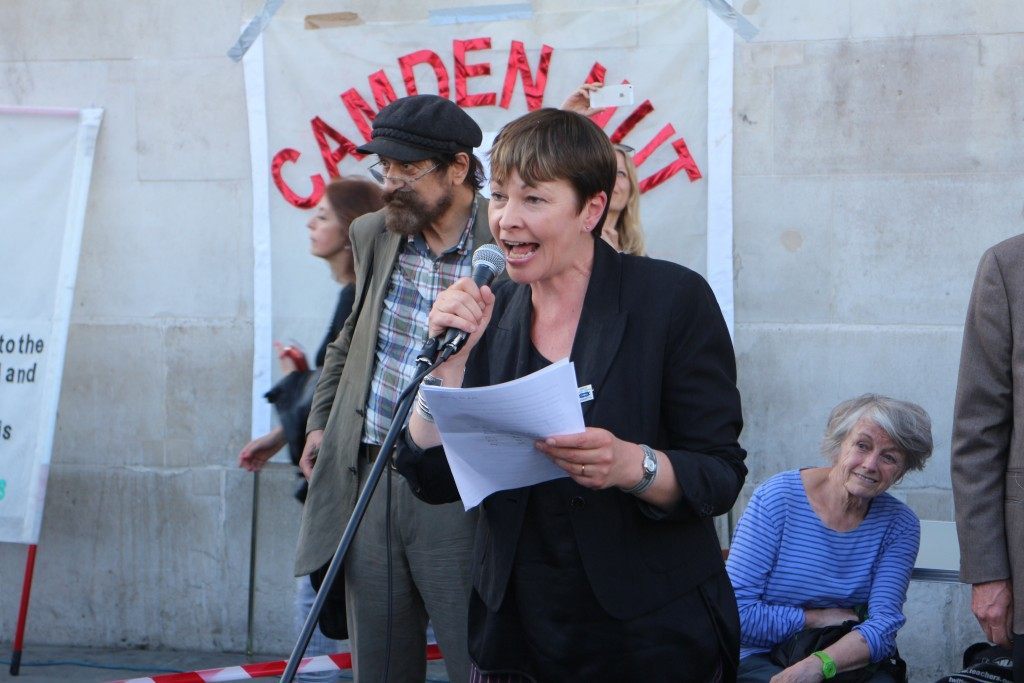 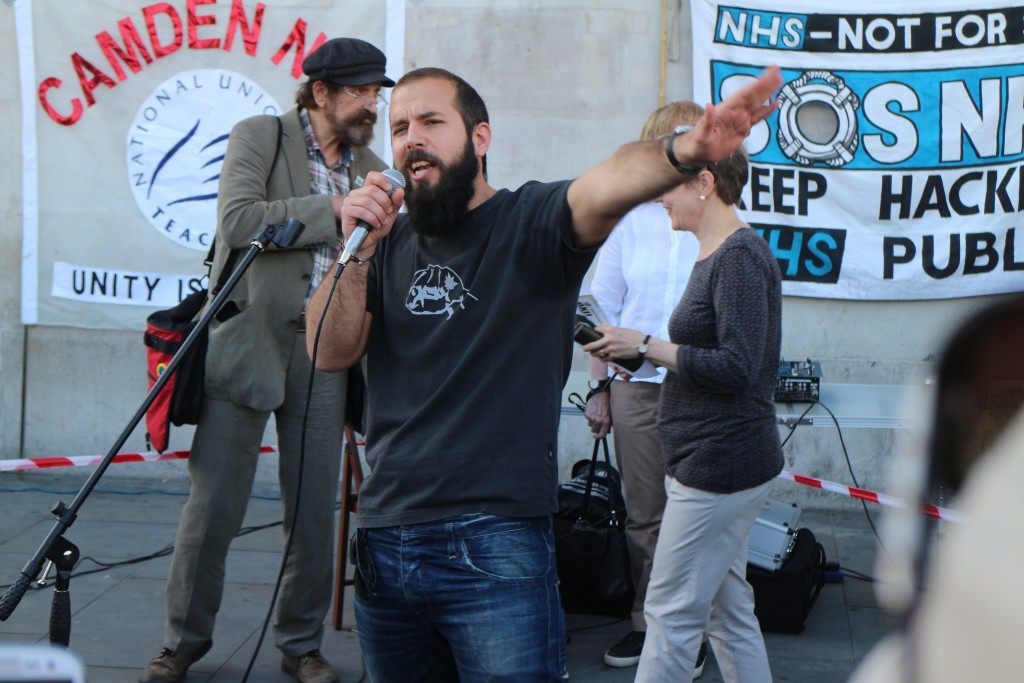 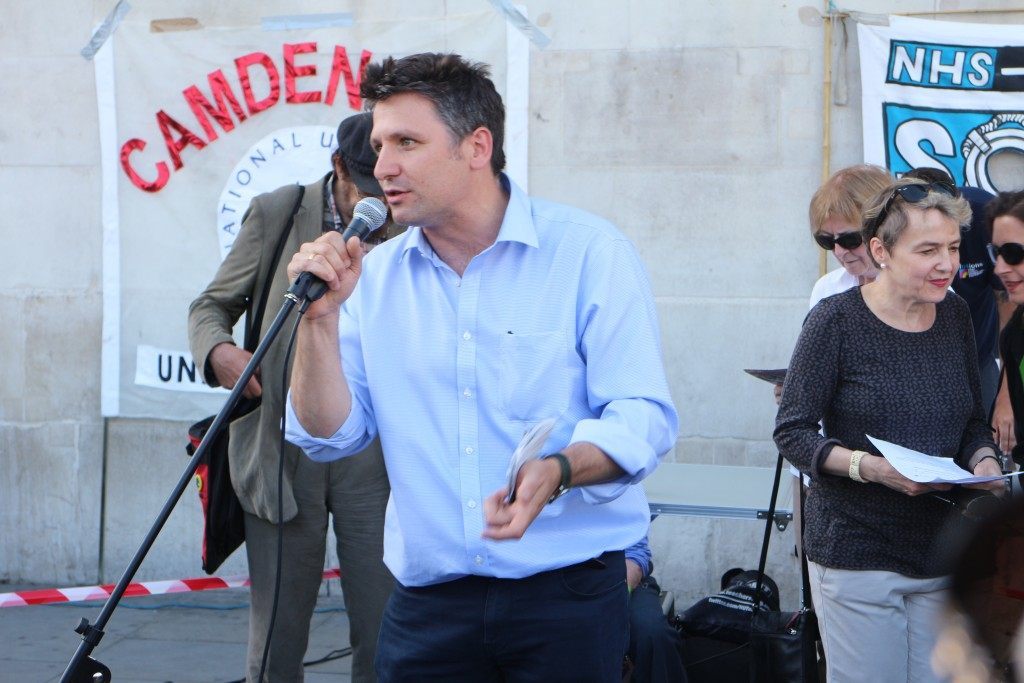 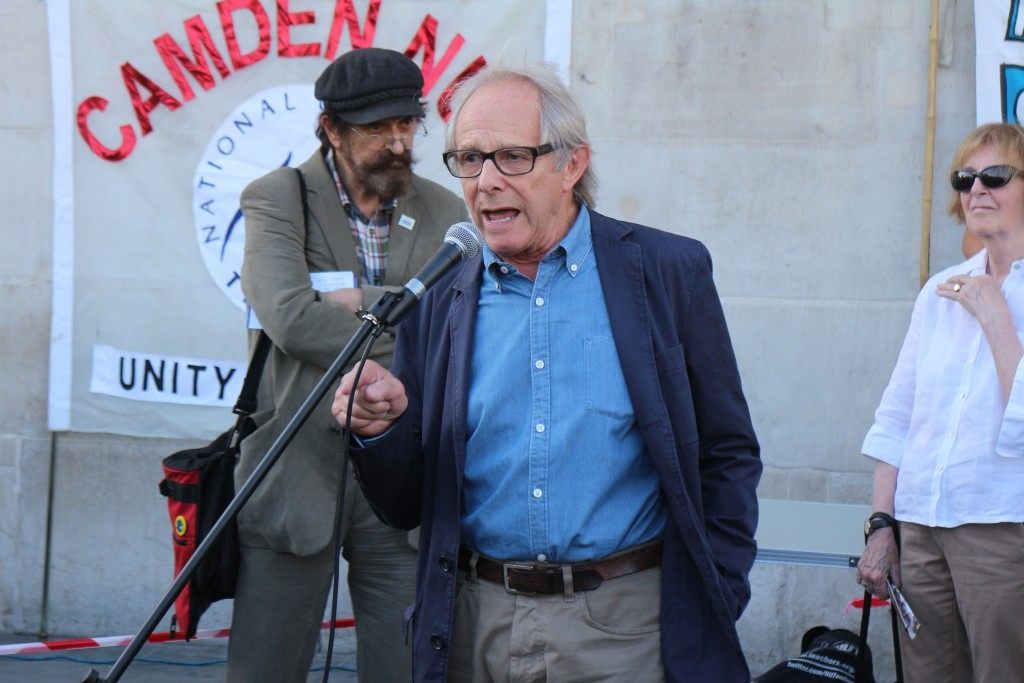 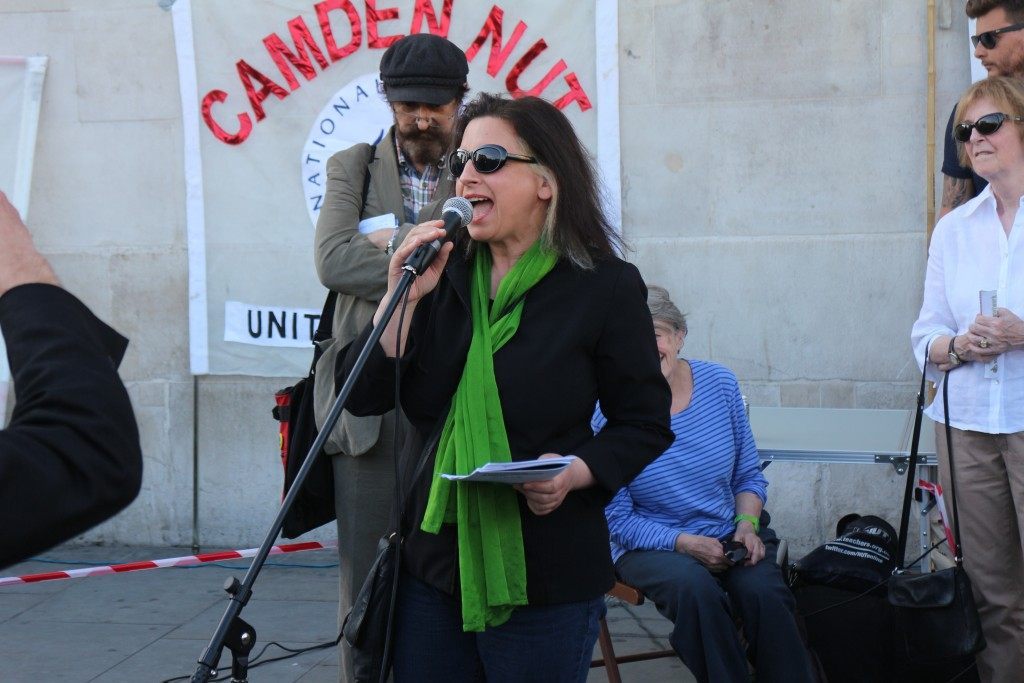