BRUSSELS, Belgium – Do you remember the guffaws from the media classes when, during the last election campaign, UKIP spokesmen took to the stage to claim that the European Union and its agents of “unity” were perverting children’s minds with political propaganda?

Well I do. Because I was on the other side at the time, working for the party, and watching from the back seats of the auditorium in Westminster when Patrick O’ Flynn and Suzanne Evans tried to reason that the EU was indeed pushing their agitprop in British schools.

Okay, so maybe the framing of the assertion wasn’t great – using colouring books as an example of how youngsters of voting age might be unfairly impacted by EU propaganda was a hit job waiting to happen. But the truth is that this situation has been going on for years, and it isn’t a stretch of the imagination to say that those turning 18 in the next year, before the European referendum, may well have encountered the infamous colouring books.

Well, they will only have been born in 1998. The days of Tony Blair, and well into the European project’s most recent expansionist growth spurt.

But I can confirm to you, dear reader, that not only is this the case, which I’m sure you never doubted. But its also getting worse.

Just this morning I received notification that the Socialists and Democrats group in the European Parliament, of which the British Labour Party is a leading member, are holding a “Learning EU @ School” event today featuring contributions from the European Commission’s Head of Unit of Schools and Educators, the Co-ordinator at The European Youth Forum and European Trade Union Committee for Education. Doesn’t sound Orwellian at all, does it?

It may also amuse and terrify you to note that the host, Damian Draghici MEP, is a Member of the CULT Committee. Yes. The Cult committee. That’s what the European Parliament calls their Committee on Culture and Education.

A study produced by another of the panellists in 2013 said that Learning Europe at School should be targeted at Primary, Secondary, and Higher Education. One of the desired outcomes listed states: “[Trial] students themselves reported that their interest in EU issues had been sparked and they could create more of a personal relationship with the EU and develop an understanding of the Union and a European consciousness”. Teachers who achieve proficiency in EU propaganda should be given the in-school designation: “Euro Teacher” it suggests.

And England, rather than the UK, is singled out for criticism in the report, which states: “only 66% of students were able to correctly identify the EU flag compared to 93% on average [across Europe]”. The country is highlighted in red on the report map.

In Scotland, the paper boasts: “[There is] A Euroquiz organised nationally where students in primary school (age 10) compete in rounds to win the Euroquiz title. The quiz tests their EU knowledge” and references the European Parliament-funded Scottish European Educational Trust, which administers the competition across the country.

Another leaflet that crossed my desk today was entitled “Citizens of Europe” and featured a happy looking EU star, claiming to deliver information “as seen from the classroom” for “teaching about the EU, migration and human rights”. 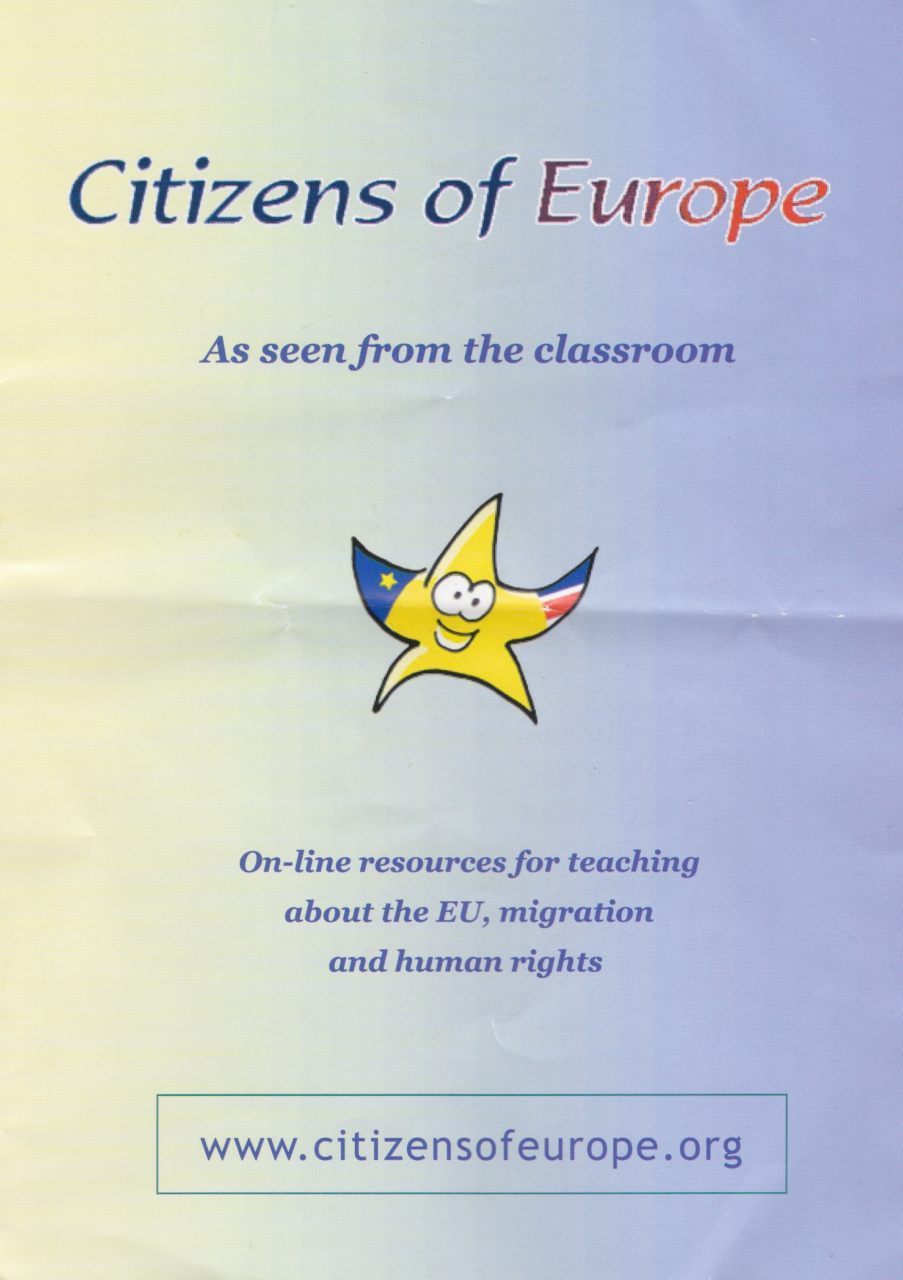 Citizens for Europe – funded by The European Movement (led by Ken Clarke MP and former MP Laura Sandys) and the James Madison Trust, both of which conveniently share directors and donors – claims it wants to “help students get to grips with some topical areas of citizenship” at Key Stage 3, 4, and 5 (targeting 11-18 year olds). Included for teachers are “lesson plans… worksheets… briefing materials… and fact sheets with links to government, EU, and other official websites”. 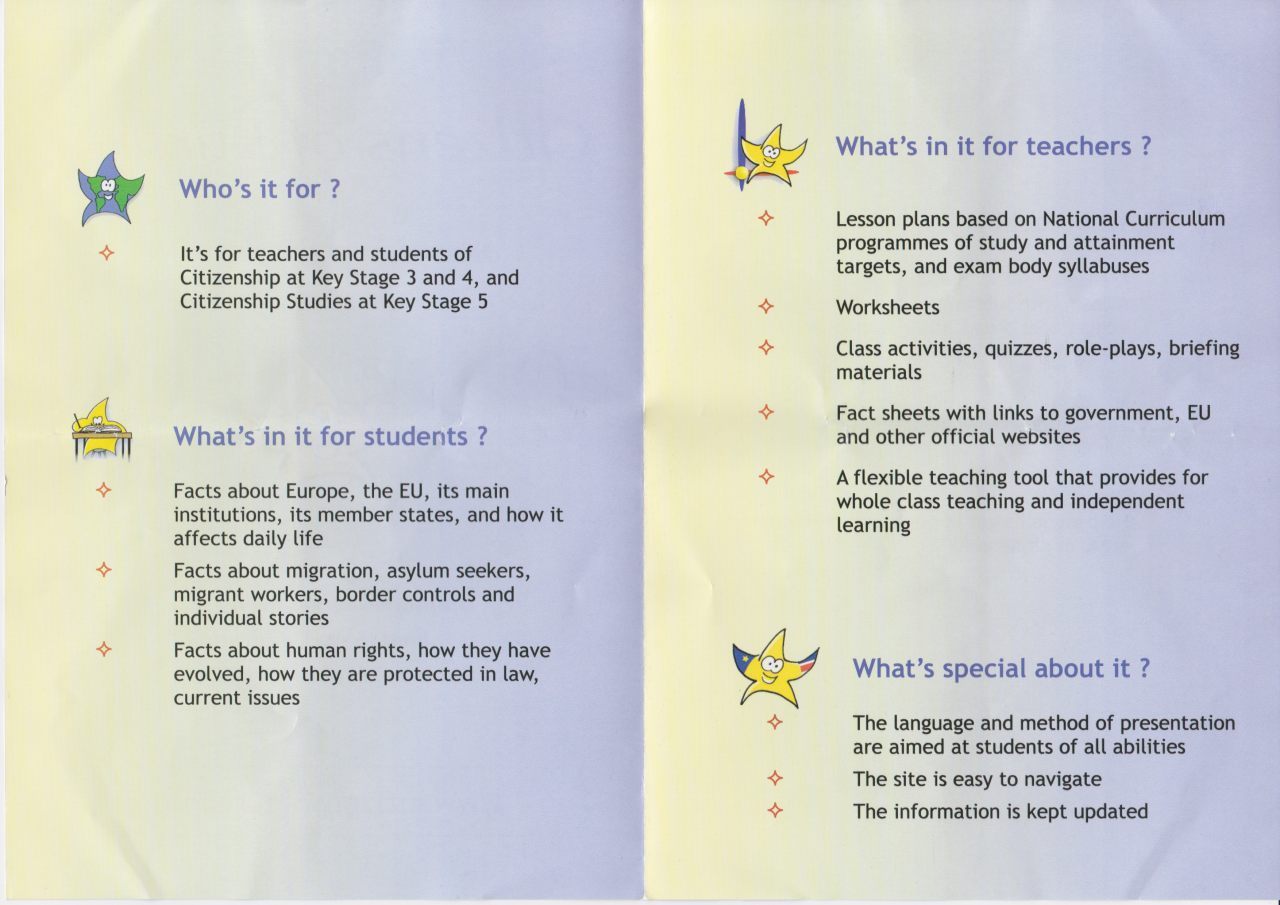 These are just two examples from the past 24 hours. They’re not spoofs, or parodies, or jokes. This is real, targeted propaganda.

And it makes you wonder: if Britain votes to stay in the European Union at the next referendum, are eurosceptics really going to let the issue go? I would argue not.