LONDON, United Kingdom – Hundreds of Muslims flocked to Parliament Square today under the guise of acting against climate change. The demonstration saw a speech by an Imam, about how Muslims have a duty to try to “make Britain a better place”.

Breitbart London was on the scene to witness Friday afternoon prayers in what was a clearly male-female segregated meeting in a public space.

One woman told Breitbart London how she was told by one of the male attendees that despite being a Christian that she was in fact a Muslim, but “hadn’t realised it yet”. He said “we are all born Muslims” and repeatedly referred to her as “sister”.

Observers also noticed that while many Muslims were organised against climate change, there was no talk of opposing ISIS.

Muslim Climate Action describes itself as “a group of UK Muslim organisations concerned about climate change.”

“Our faith teaches us that Allah has placed humans as stewards (khalifah) of the earth to protect and safeguard His creation, meaning that Muslims have a responsibility to tackle climate change.

“We believe that climate change is a man-made problem mainly caused by burning high levels of fossil fuels and pursuing irresponsible and unsustainable economic growth. We recognise that the poorest people around the world including here in the UK are suffering the worst effects of climate change which is a huge injustice.

“As active members of Muslim communities living in the UK, it is our duty to speak, act and collaborate with like-minded people to tackle the most dangerous threat to human life and our beautiful planet.”

The event seems to have been passed over by the BBC and Sky News, despite their studios in Westminster being just 60 seconds walk from Parliament Square. 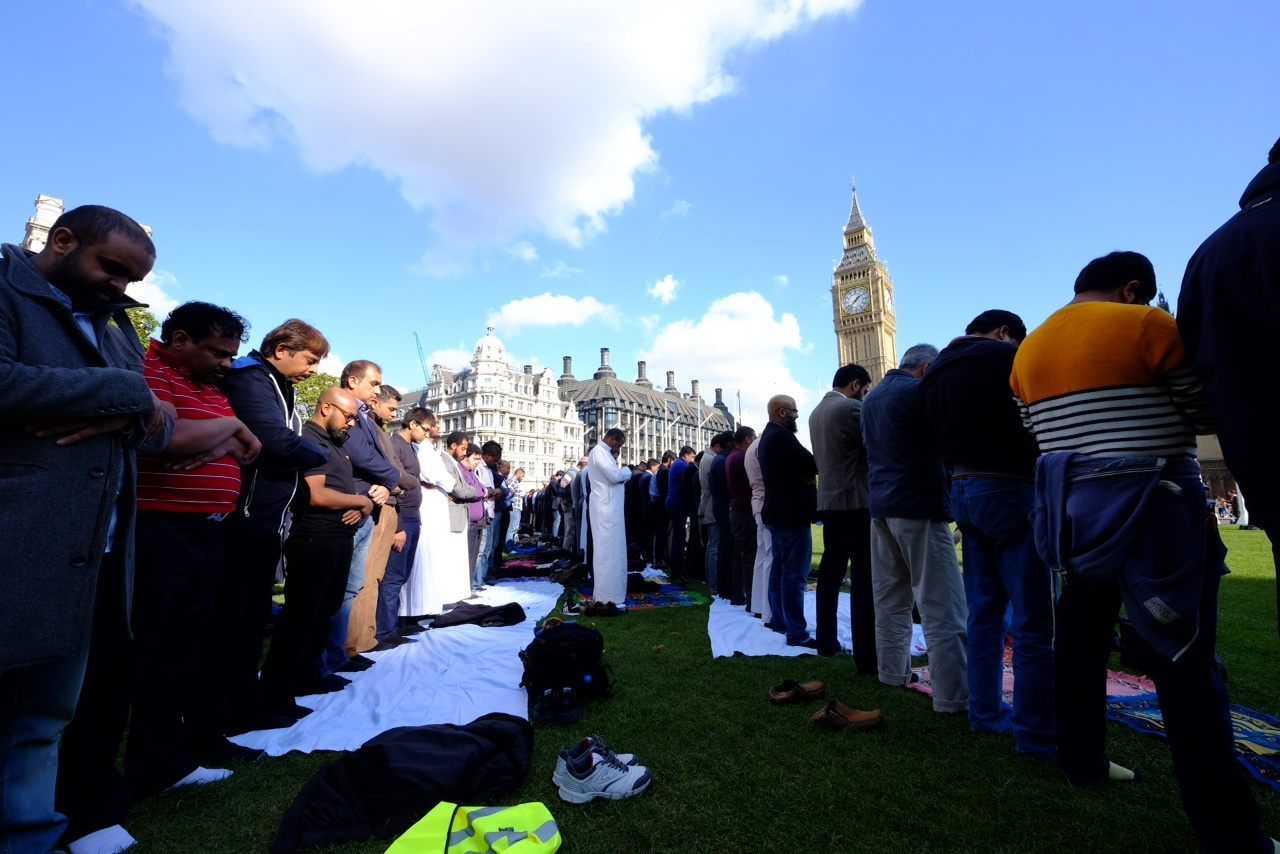 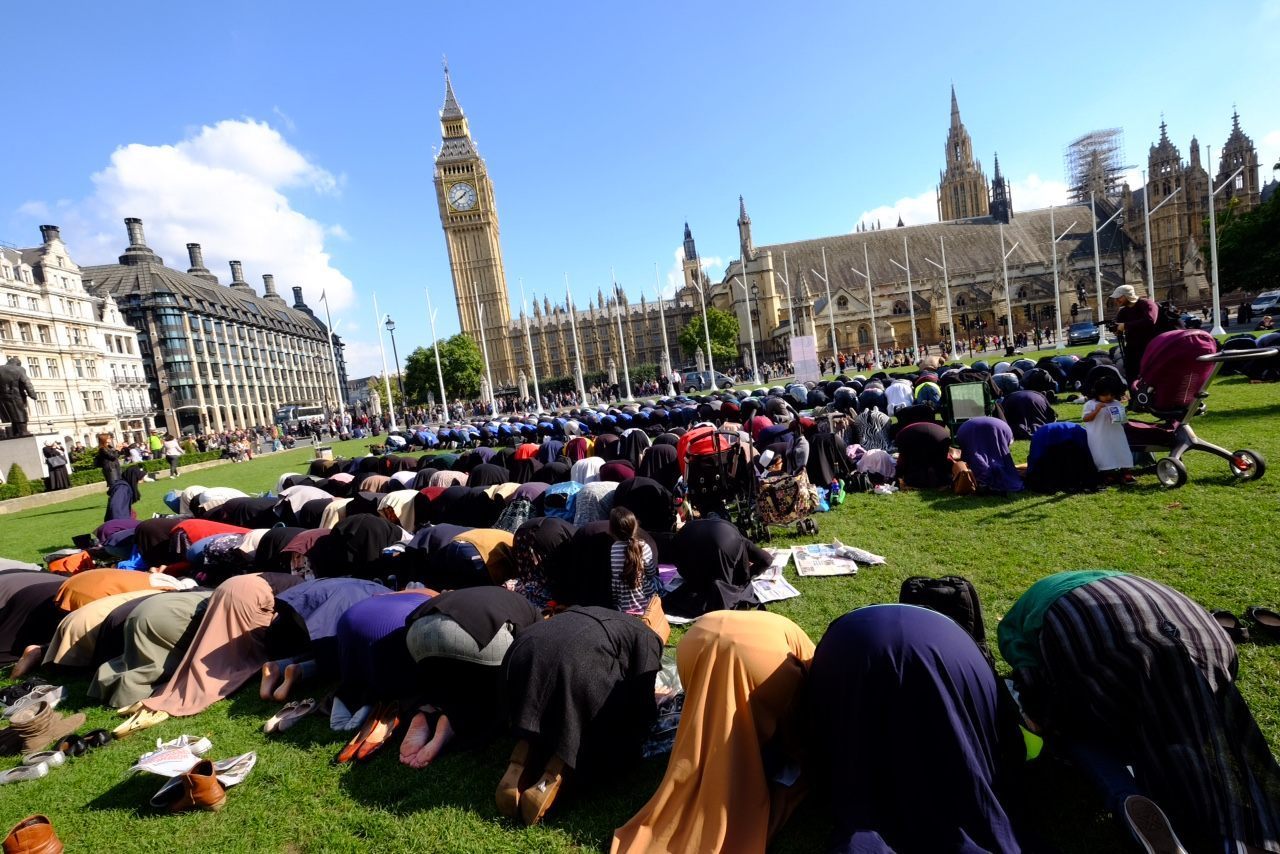 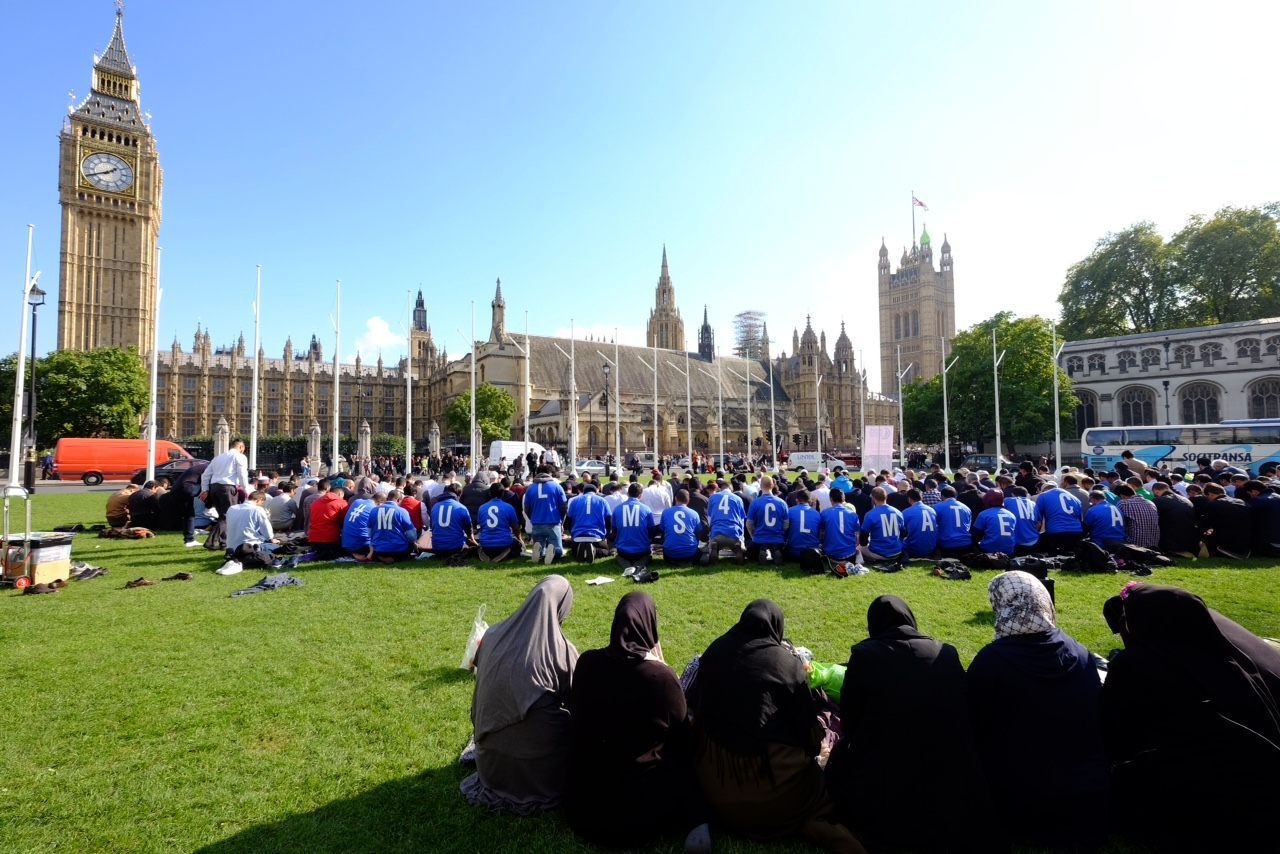 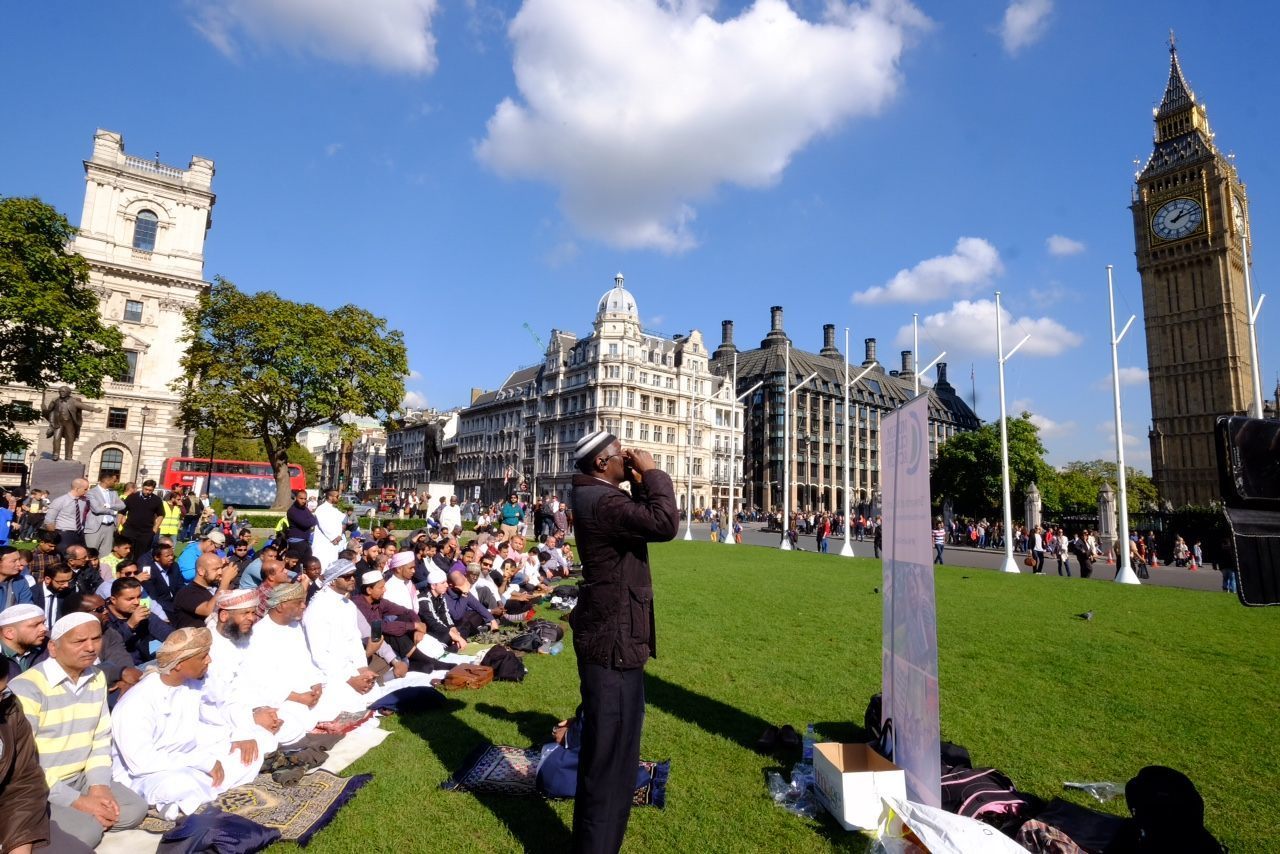 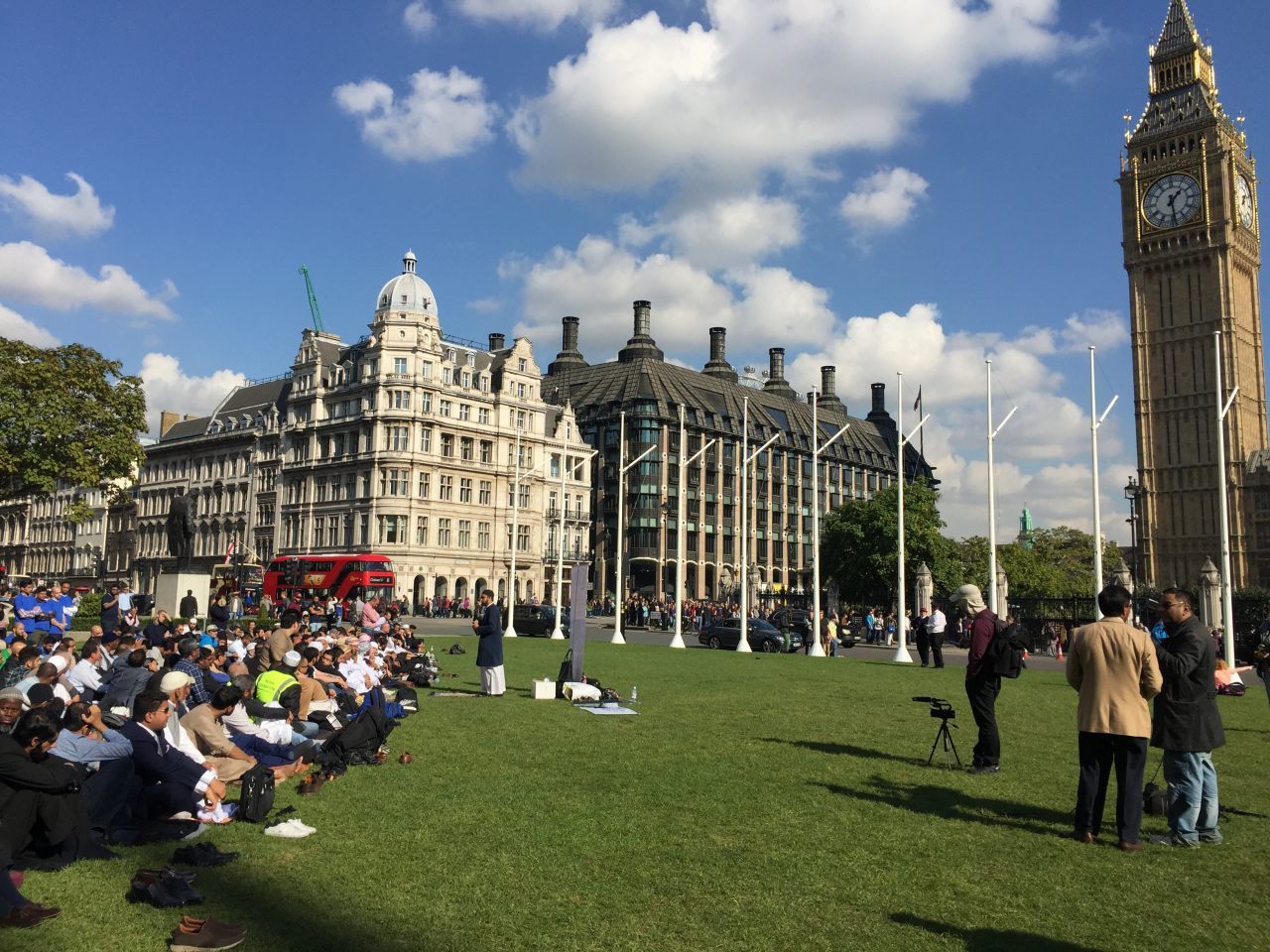 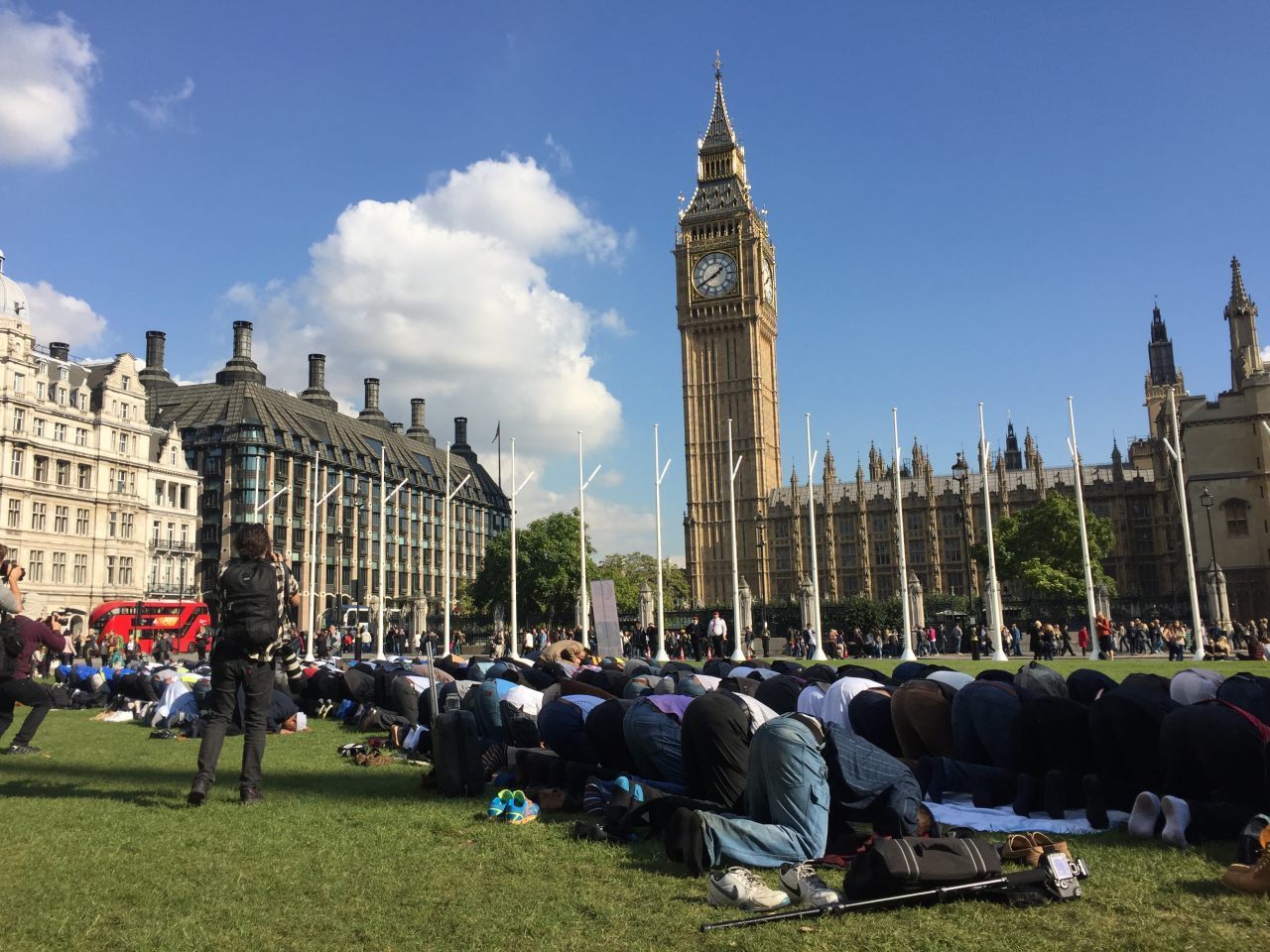 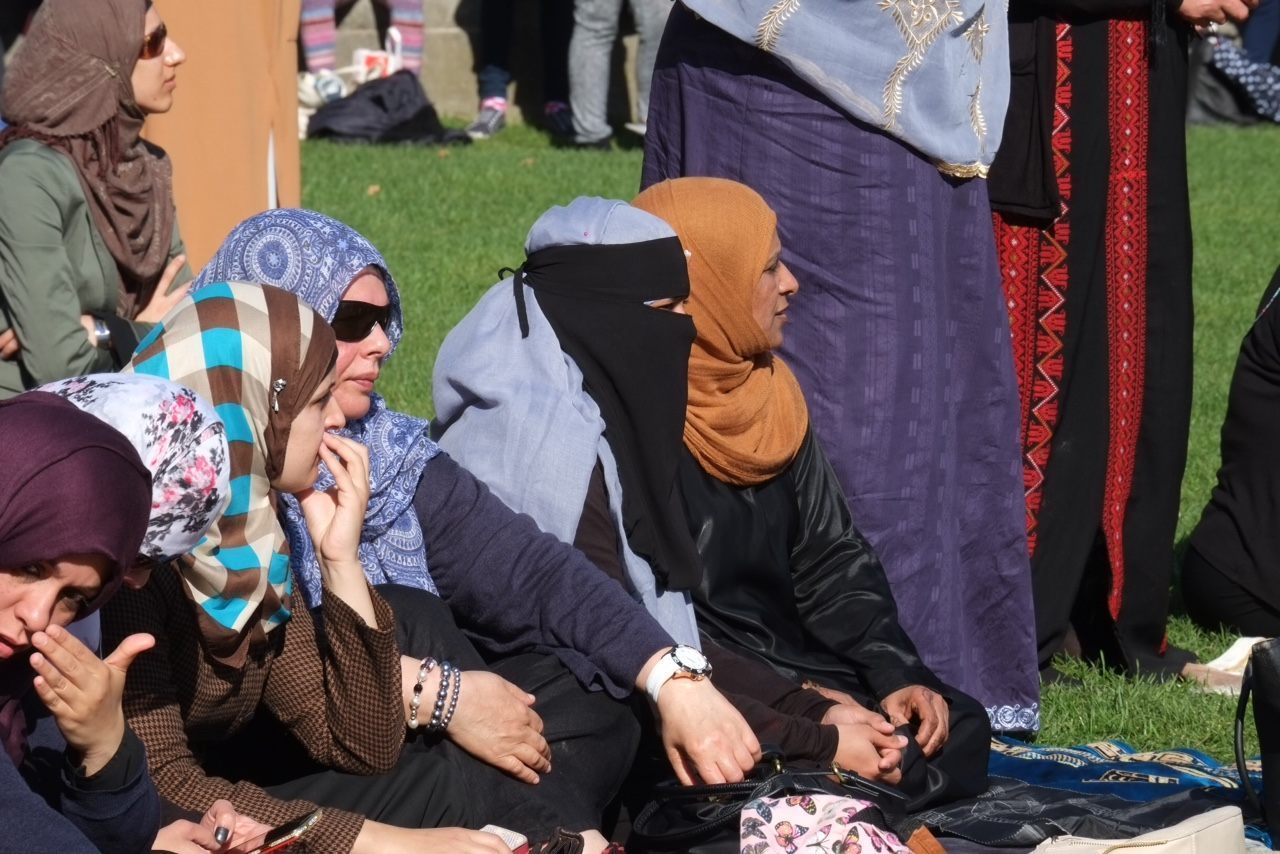 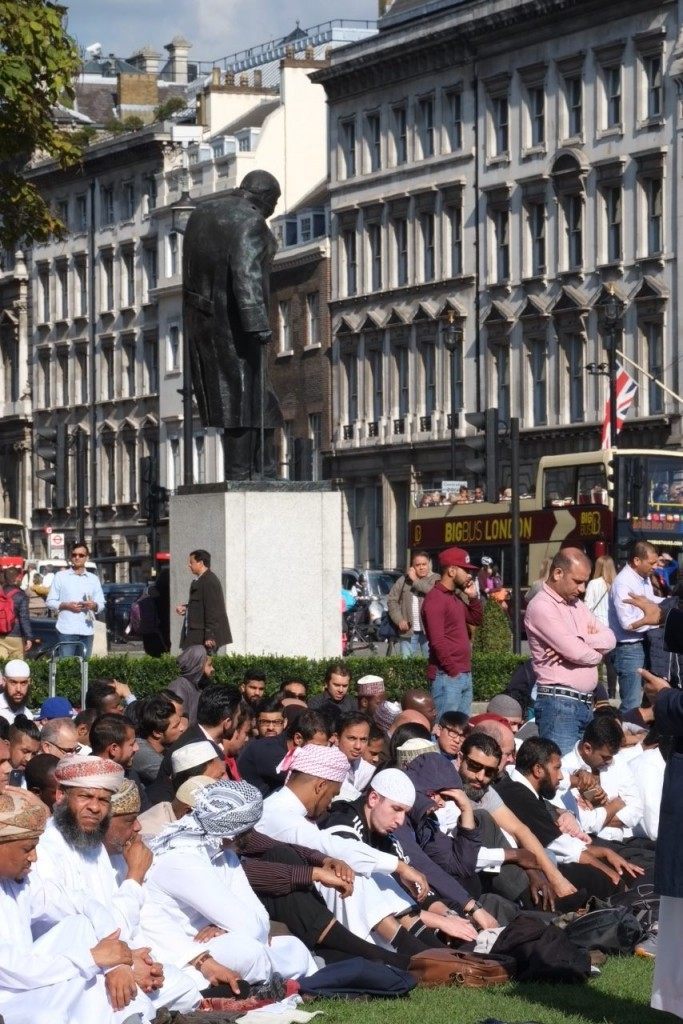 Churchill With his back to protesters in Parliament Square, Credit Breitbart London/Rachel Megawhat