Romanian prime minister Victor Ponta stood down this morning, taking his whole cabinet with him following a nightclub fire at the weekend that killed 32.

Although the link between a nightclub fire sparked by pyrotechnics and the government may not seem immediately obvious to many outside Romania, it is the nation’s corrupt culture of bribery allowing unsafe venues to get permits to open that has triggered protests. Former communist Mr. Ponta, who has recently faced investigation for fraud and tax evasion, became unavoidably caught up in the anti-corruption sentiment that is now sweeping the nation.

The Collectiv nightclub in Bucharest’s fourth division was engulfed in flames after on-stage pyrotechnics during a performance to a packed audience ignited polyurethane acoustic foam. Although the fire lasted only a little over ten minutes, the thick, acrid smoke caused by the burning synthetic panels and resulting stampede killed 32 and injured a further 179. 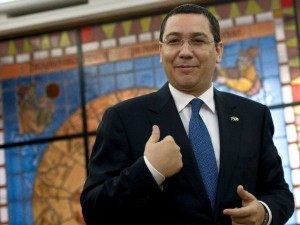 On Tuesday, over 20,000 Romanians marched on Bucharest and other cities calling for government resignations, including the prime minister, interior minister, and the mayor of the Bucharest suburb where the club was located. All have now stood down, following the president of Romania taking to Facebook to say “someone has to take responsibility. The next step is for politicians”.

Protesters carried large blocks of polystyrene aloft, and held banners hitting out at corruption. Anger at bribery to obtain safety certificates, government authorisations, public administrators expecting tips and bribes, and the impact of this culture on the safety of the Collectiv nightclub was at the forefront of the march. Marchers shouted slogans including “shame on you” and “assassins”.

Although the main victim of the protests was the left-wing government of Mr. Ponta, the event was not overtly party-political, and was largely spontaneous and unorganised. It is now up to the president of Romania to nominate a successor to Ponta, but without national elections opposition groups may struggle to form a stable government.