When you look at the results from this week it’s clear that with or without postal voting, UKIP would have come second in Oldham West and Royton. But the margin would, without a doubt, have been much slimmer.

What we as a party need to look at now are both what messages worked with the electorate in Oldham West, and how we communicated with them. But also where Labour has a monopoly amongst postal voters, and what UKIP needs to do to right that imbalance.

For years we haven’t played the postal vote game. We don’t believe in it. We simply don’t like the idea of sending our activists onto the doorsteps and act in desperate or intimidatory ways in order to get elected. It’s just not who we are. We believe in fair play.

And for those who think we’re blaming the pitch, we’re not. We’re trying to learn the lessons that have been pointed out not just by UKIP supporters, but by electoral experts, and judges — about how our postal voting system is broken.

That’s not to say we believe, or are alleging any impropriety on Labour’s part. In fact what they do in most cases in thoroughly within the confines of election law. But just because it is the law, that doesn’t mean it is right or proper.

The electoral commissioner Richard Mawrey said this year that “The ease of postal vote fraud and the difficulty of policing it led to such a great upsurge in personation that, in the Birmingham case [of 2005], the number of false votes was virtually half of all votes recorded as having been cast for the winning candidates.”

He has said that “It’s open to fraud on a scale that will make election rigging a possibility and indeed in some areas a probability.”

Indeed an Electoral Commission report in 2014 explicitly identified Oldham as one of sixteen areas where there was greater risk of alleged electoral fraud. There is clearly a problem here.

I think it’s time to realise why Labour seems to do so well in some areas. They ruthlessly target and recruit postal voters to a system that really should only be used for the elderly, infirm, disabled, or those who aren’t in the country at the time of an election. We hear instead of cases where members of the family fill in postal votes on behalf of others living in the house.

Labour has imported tactics not unlike those of banana republics, as Judge Mawrey put it, to dominate in certain areas. 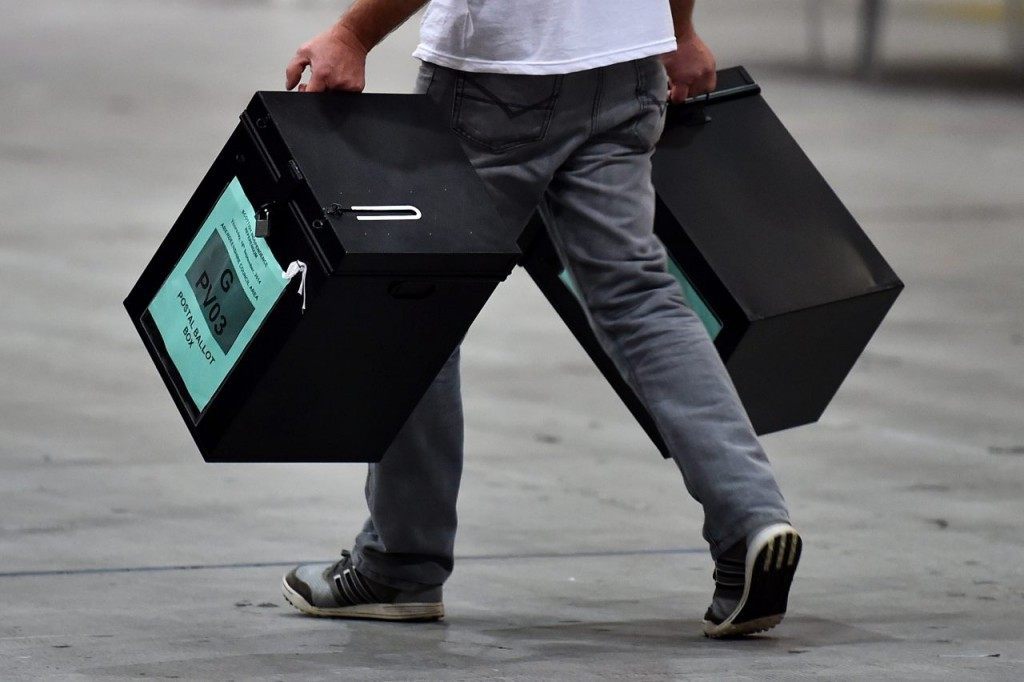 Which brings me on to demographics.

For too long we have seen Labour claim a level of ownership over certain ethnic minorities in the United Kingdom. Because you are an immigrant, or a first generation immigrant, you should… you must vote Labour, they allege.

Labour led this country into a Lisbon Treaty that  necessarily harms entrepreneurs, of which so many immigrants to Britain are.

And Labour developed a UK immigration policy that discriminates against those from the Commonwealth, and outside the EU, in favour of low skilled workers from Eastern Europe.

In short, the Labour Party’s claim to ownership over ethnic minority voters, via their crass and discriminatory tactics of hosting gender segregated meetings and calling everyone who doesn’t believe in uncontrolled migration “racists”… that needs to stop. And we will make sure it stops.

Up until this point, I have made the last 21 years of my life about leaving the European Union. But I’m adding something else to my bucket list today: electoral reform.

I don’t just mean a change to the voting system that left UKIP with just one Member of Parliament after achieving 4 million votes. I mean wholesale reform to postal voting, the House of Lords, and the unchallenged gerrymandering of successive governments.

I mean that Britain deserves a better, fairer system to ensure that our parliament reflects public opinion more closely, and reflects the look of Britain more closely.

We hear all the time about shortlists, quotas, and other big government tools to try and make it look like our leaders care about democracy. They don’t. They care only about the type of democracy that gets them elected.

Look at me. I’ve stood for parliament a number of times, and despite not achieving a seat in the Commons, I’m still here. I’m still fighting for democracy. I’m still fighting for Britain. How many others can say they would do the same thing? When Gordon Brown ceased to be Prime Minister he had one of the worst attendance records in parliament. When Labour MPs lost their seats at the last election they disappeared en masse. They suddenly stopped caring.

Yes, Oldham was disappointing for UKIP. But it wasn’t for the lack of trying. We remain upbeat about our position as the third largest party in British politics, and we remain excited about the prospect of a referendum on Britain’s membership of the European Union.

Nigel Farage is the Leader of the UK Independence Party