Thousands celebrated the end of a year’s campaigning against mass migration on Monday night at the Patriotic Europeans Against the Islamisation of the West (PEGIDA) rally on the banks of the river Elbe in Dresden, Germany.

Relocated from their usual spot outside the Dresden Semper Opera house, which the city council had awarded instead to a much smaller anti-PEGIDA demonstration, the protest took place instead on the banks of the Elbe river. 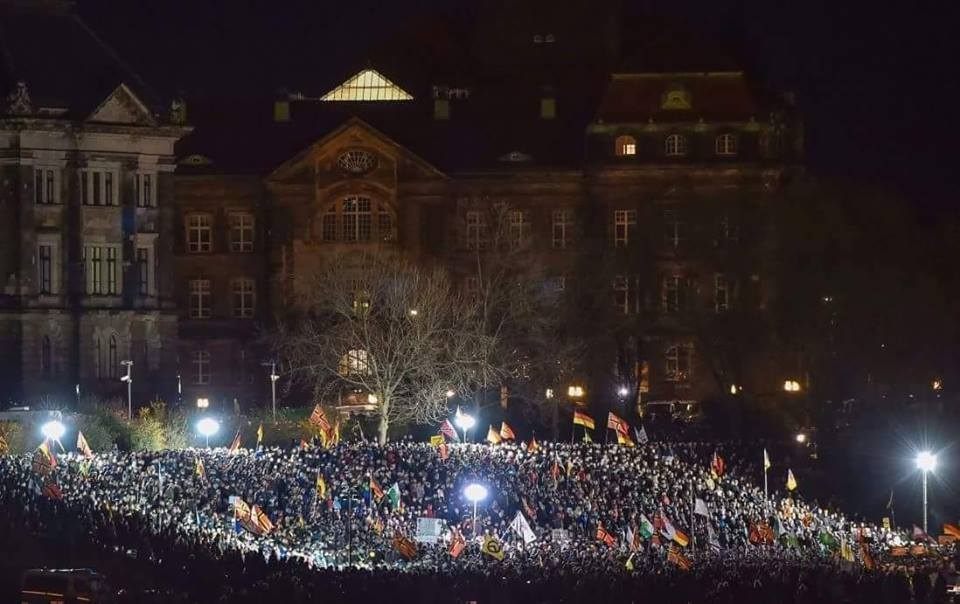 Some 8,000 are reported to have turned out to sing carols last night, although the German police no longer give headcounts for PEGIDA rallies / facebook

Following the form established at the end of 2014, when PEGIDA was still only in its infancy but already attracting crowds of more than 17,000, the supporters of the movement gathered on Monday night to sing Christmas carols and listen to speeches. Published on the PEGIDA website in advance, attendees were asked to print extra copies of the carols in the programme to bring for older supporters who might not enjoy “familiarity with computers and printers”.

In the speeches, PEGIDA founder and leader Lutz Bachmann criticised the decision to prevent the organisation from meeting outside the railway station, because that is where Jews and other political enemies of the Third Reich has been deported from during the 1930s. He said there were no similarities between the PEGIDA movement and Nazism, despite what the mainstream media might say. 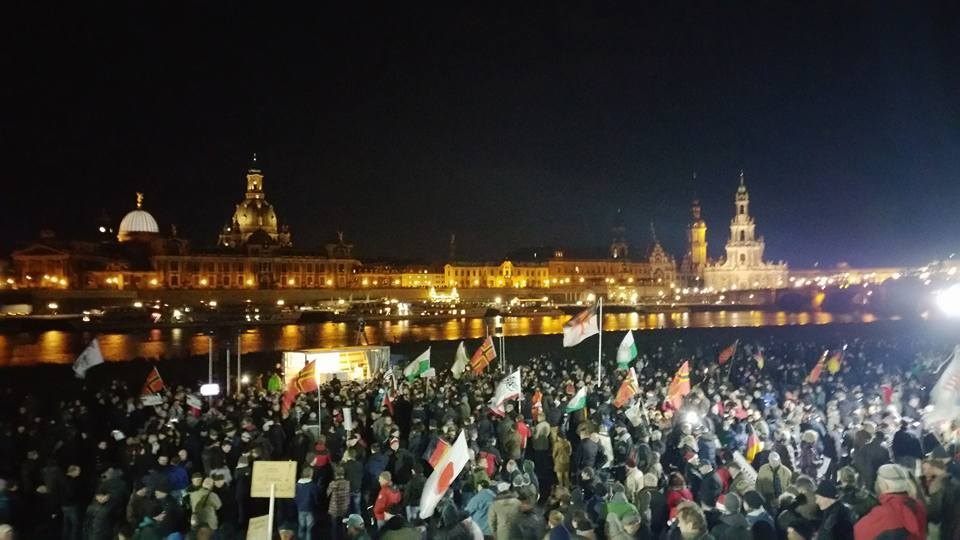 Historic Dresden, rebuilt after the war, provides a dramatic backdrop to proceedings / Facebook

Also hotly debated was the revelation by the German police this week that just 10 per cent of refugees entering Germany have their identities checked, as forces at the borders are so overstretched they have become incapable of fulfilling their legal duties. Rally organiser Siegfried Däbritz called Angela Merkel the German “Queen of crime” and said she was standing at the bow of the “Titanic Europe”, steering it towards the iceberg.

After the carols, which included Stille Nacht, Thine be the Glory, and Adeste Fideles, the crowd was led in a rendition of the German national anthem. 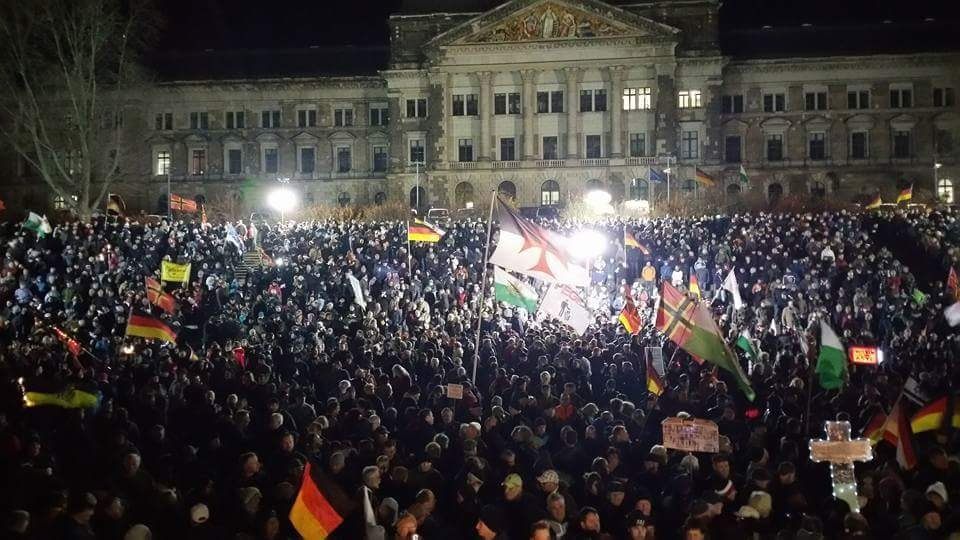 In the past year the PEGIDA strolling movement has weathered all scandals and road blocks thrown before it by the German establishment and mass media. Public and private buildings including churches turning their lights out when the marches pass by has become a regular feature, as have propaganda campaigns against the group.

Watch: PEGIDA closes for 2015 with the German national anthem: