The mysterious alt-right “Soldiers of Odin” vigilante group has warned Norway could “get dangerous” as local Islamists reveal they have formed a vigilante gang called the “Soldiers of Allah” to patrol Nordic streets adorned with the black flag of Islamic State (IS).

“In response to the infidel group Soldiers of Odin patrols, we Muslims have chosen to create a group that will patrol the streets, first in Oslo, to prevent evil and encourage the good,” a source within the Islamist scene told local paper Verdens Gang.

The source claimed that the ‘Soldiers of Allah’ would wear a black hooded jumpers adorned with infamous black flag of the IS terror group as their official uniform.

Norwegian police have not commented on the development, but an MP with Norway’s Labour party, Hadia Tajik, said there was no place for vigilantism in the country.

“I assume that the police, who are the only ones who have the authority to patrol the streets and use force, are following these groups as closely as the circumstances require,” she said.

Named after the Norse god, the Soldiers of Odin were formed in Finland last year, spreading to Norway this year.

“We want the streets to be safe, we want to get rid of the delinquency we see in Norway today, which the police are unable to address,” a spokesman for the group told AFP on Monday.

Ronny Alte, the spokesman, also said that things could “begin to get dangerous” if the Soldiers of Allah used their patrols to recruit extremists, but claimed it was not valid to compare the groups. 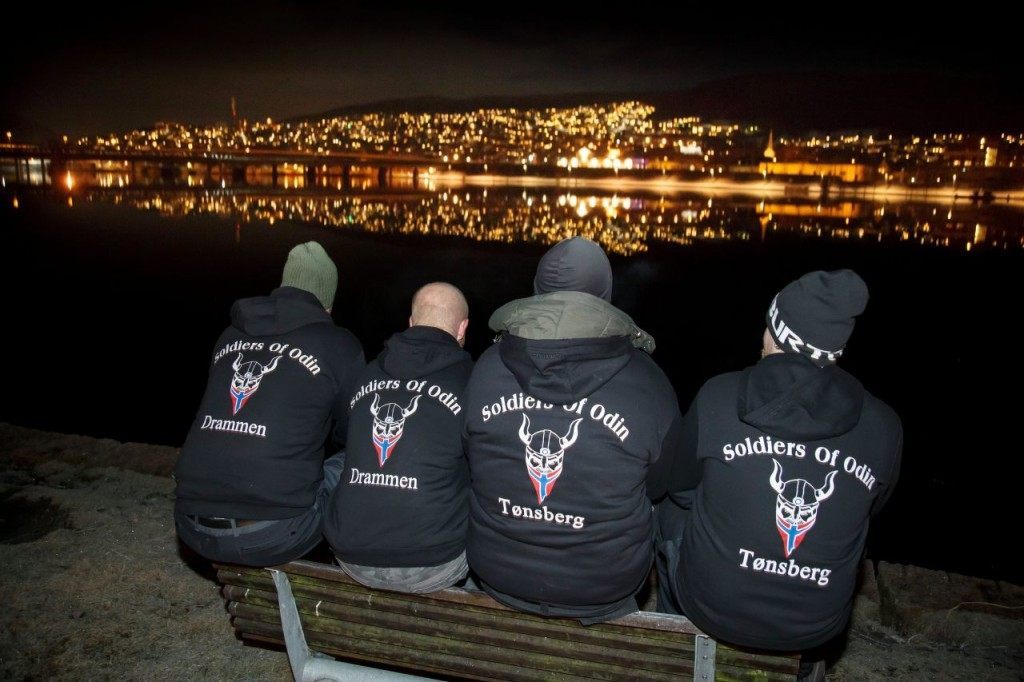 Members of the “Soldiers of Odin” pictured as they patrol through the streets of Drammen, Norway, on Sunday night, February 21, 2016 – Heiko Junge/AFP/Getty.

“When it comes to ‘Odin’s soldiers’ and ‘Allah soldiers,’ so we have two completely different starting points. We want safe streets but they want to use coercion and oppression. That they use a word like ‘infidel’ to describe us really forces a reaction from me. What will they do – force us to convert?”, Mr. Alte said.