Demonstrations by pro-migrant social centers at the Austrian Brenner border with Italy tuned violent Sunday, with protesters hurling stones and flares at the Austrian police, injuring five officers, according to reports.

Some 700 protesters from Italy, Austria and Germany spent the day on Sunday at the Brenner Pass, publicly criticizing Austria’s plans to deploy soldiers at the Brenner border to deal with rising numbers of migrants trying to get to northern Europe.

The demonstrators gathered in front of the Italian train station near the crossing and from there marched across the border into Austria. A number of the protesters wore life jackets to call to mind the migrants who have drowned trying to cross the sea into Europe.

Austrian riot police numbered approximately 100 officers, aided by a helicopter, and the Red Cross was present with seven ambulances as well. 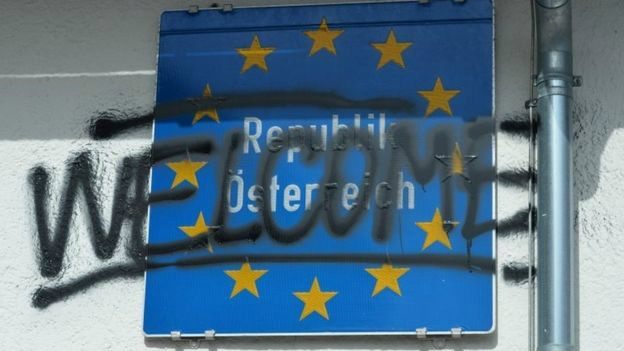 Austrian Defense Minister Hans Peter Doskozil announced Saturday that not only would Vienna tighten border controls, but that it would also enforce them with a military presence.

“As the EU’s external borders are not yet effectively protected, Austria will soon ramp up strict border controls. That means massive border controls at the Brenner (Pass), and with soldiers,” Doskozil said.

The number of migrants entering Germany from Austria fell sharply in March to below 5,000, the result of the closing of the “Balkan route” into northern Europe, but observers fear that desperate migrants will now focus on the central Mediterranean route up through Italy.

“We expect strong use to be made of the central Mediterranean route in the coming weeks,” said Doskozil. “When the weather gets better, these numbers will increase strongly.”

Protesters took to Twitter using the hashtag #Brenner to illustrate their point:

#overthefortress from #idomeni to #brenner everywhere against any borders. Let the fortress Europe fall. pic.twitter.com/0iSH2sPjVJ

Günther Platter, the governor of Tyrol, criticized the protesters’ use of violence against the police.

“Violence must be rejected in every way and it is not tolerable for the protesters to have attacked the police, who were committed to ensuring the peaceful outcome of the event,” he said.

None of us wanted checkpoints set up at Brenner, Platter said, but if European states are not able to secure external borders, Austria is forced to establish controls at its borders.