The pair exchanged jokes with local business owners, pub-goers, and Morris dancers while Prime Minister David Cameron prepared to entertain U.S. President Barack Obama who has been in the United Kingdom to tell Britain to stay in the European Union (EU).

Mr. Whittle is likely to become a London Assembly Member for UKIP, while Mr. Farage is spending most of his time campaigning for a ‘leave’ vote in Britain’s upcoming EU referendum.

Mr. Farage reiterated his call for St George’s Day to be a national bank holiday, and UKIP today released its new political party broadcast for the London elections. 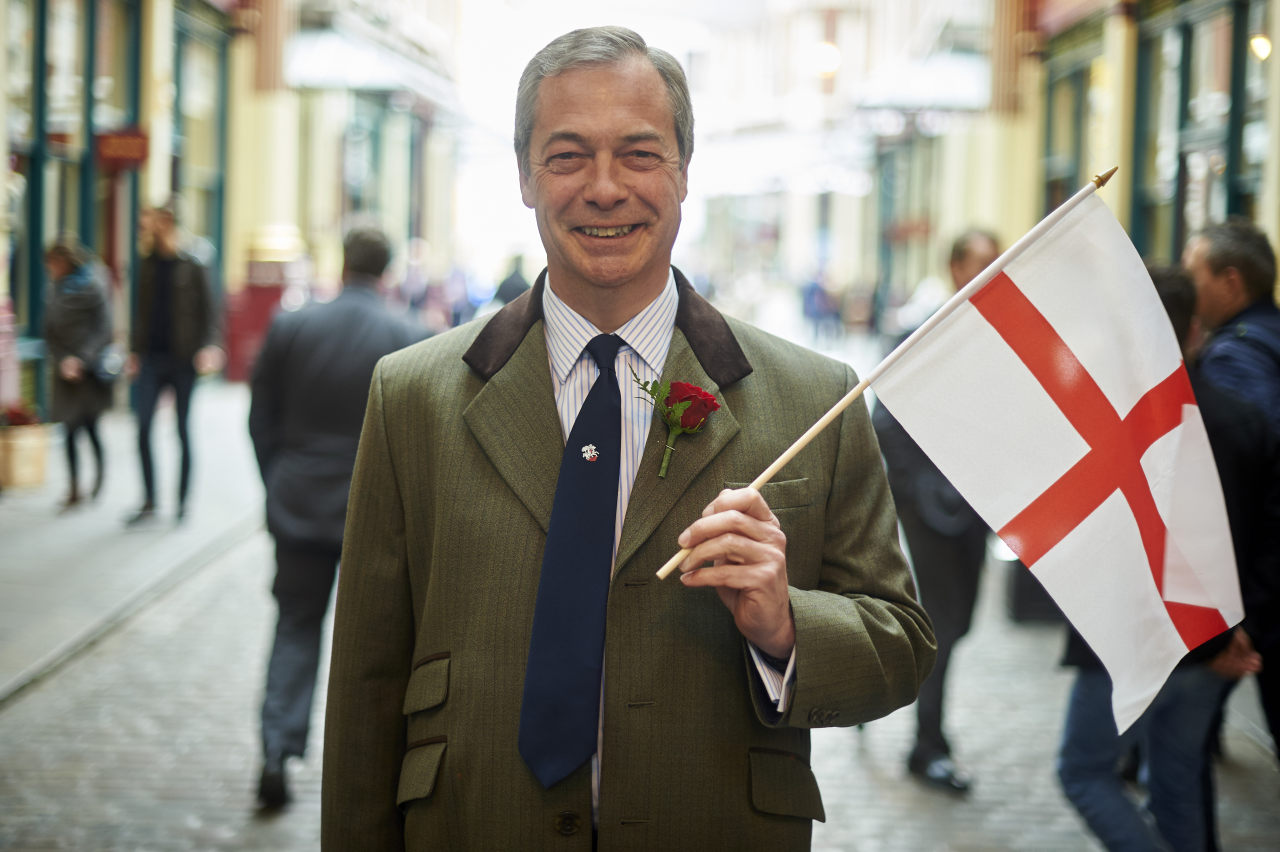 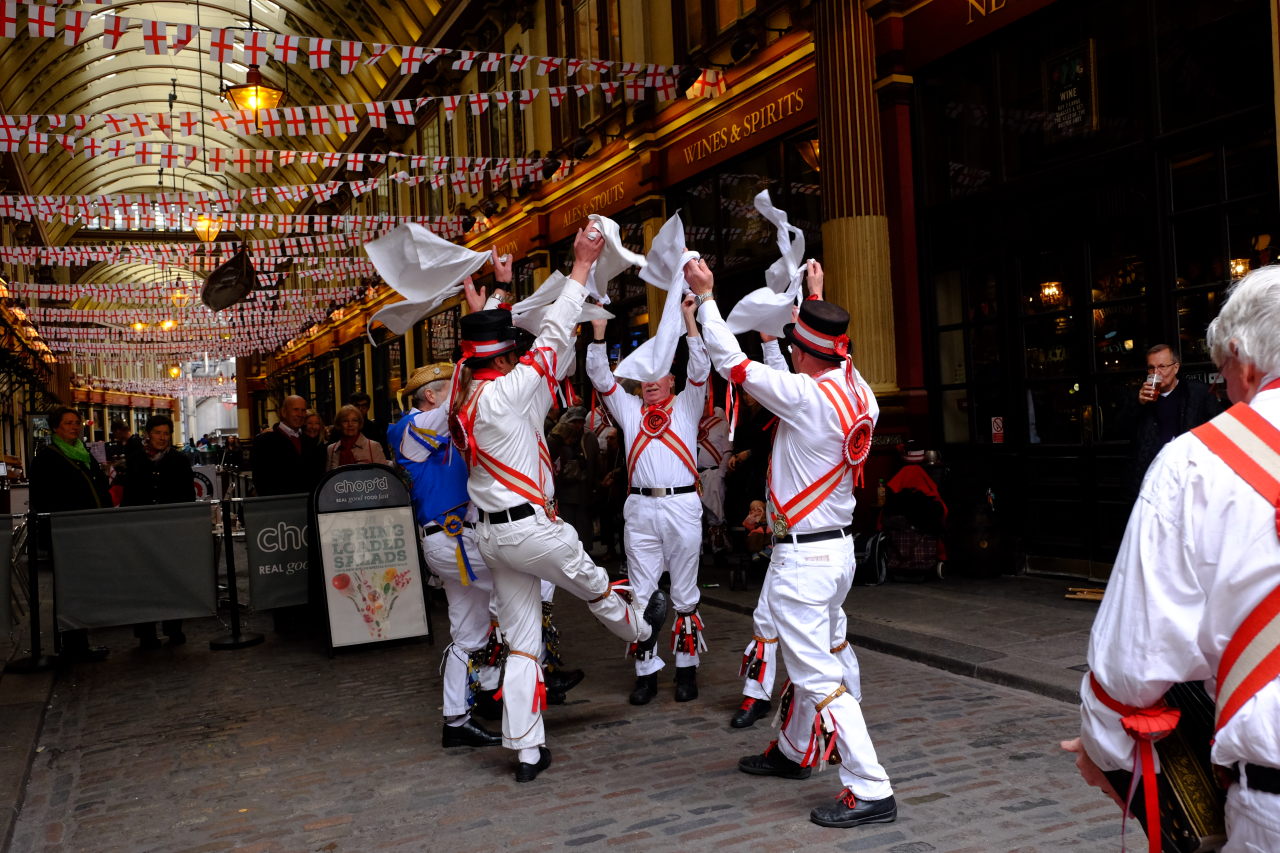 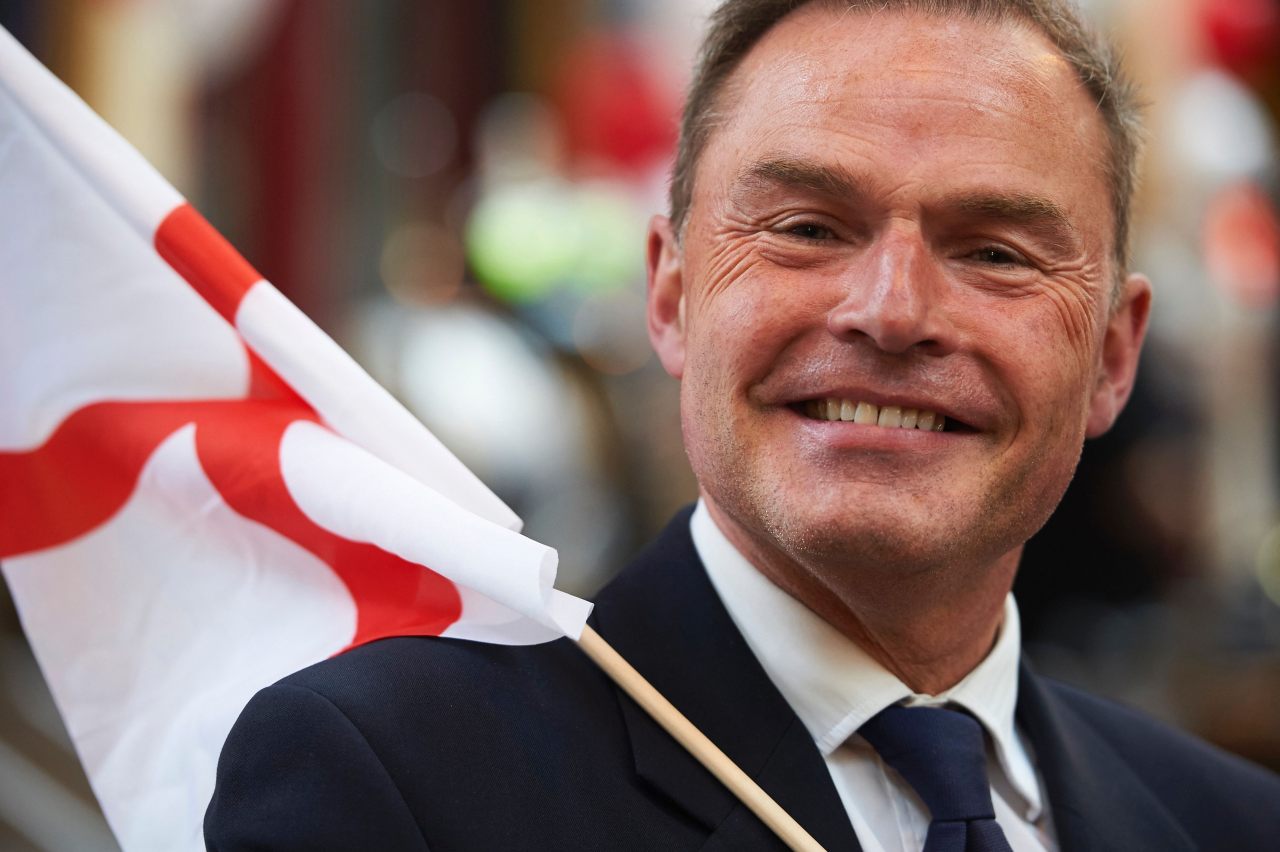 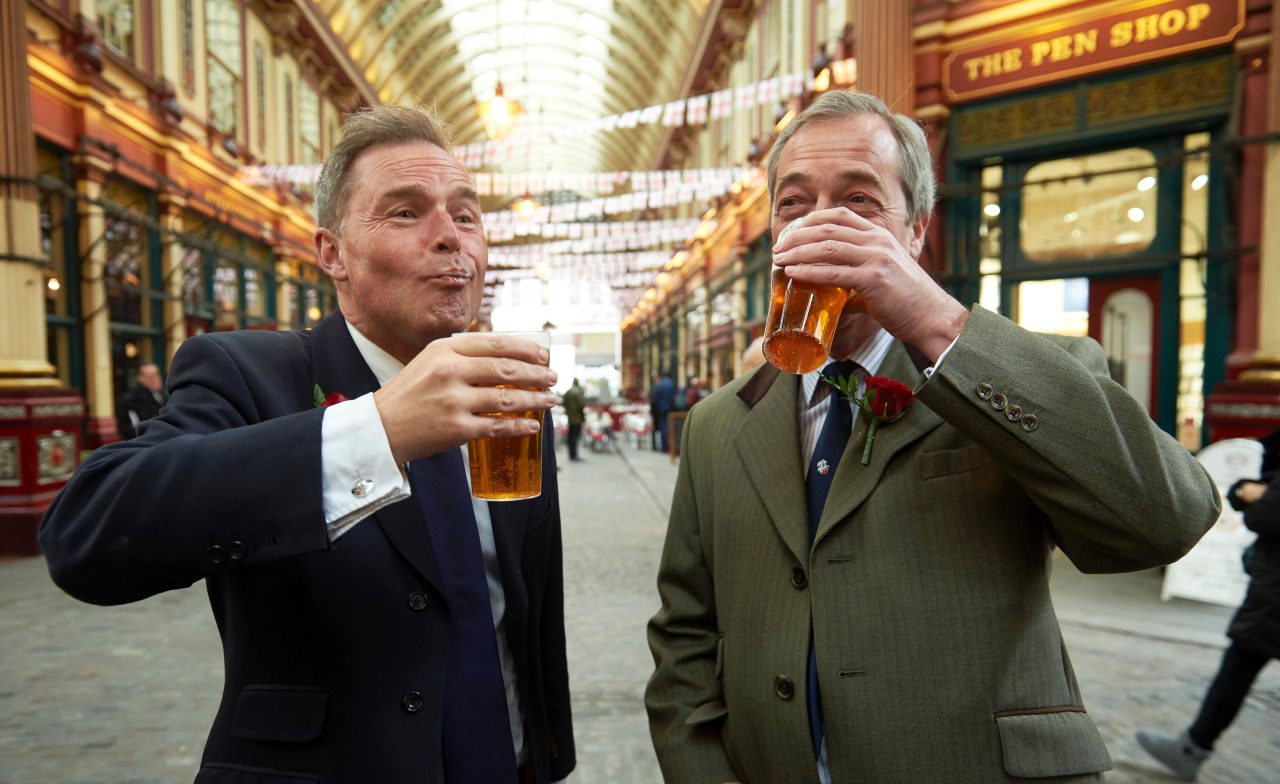 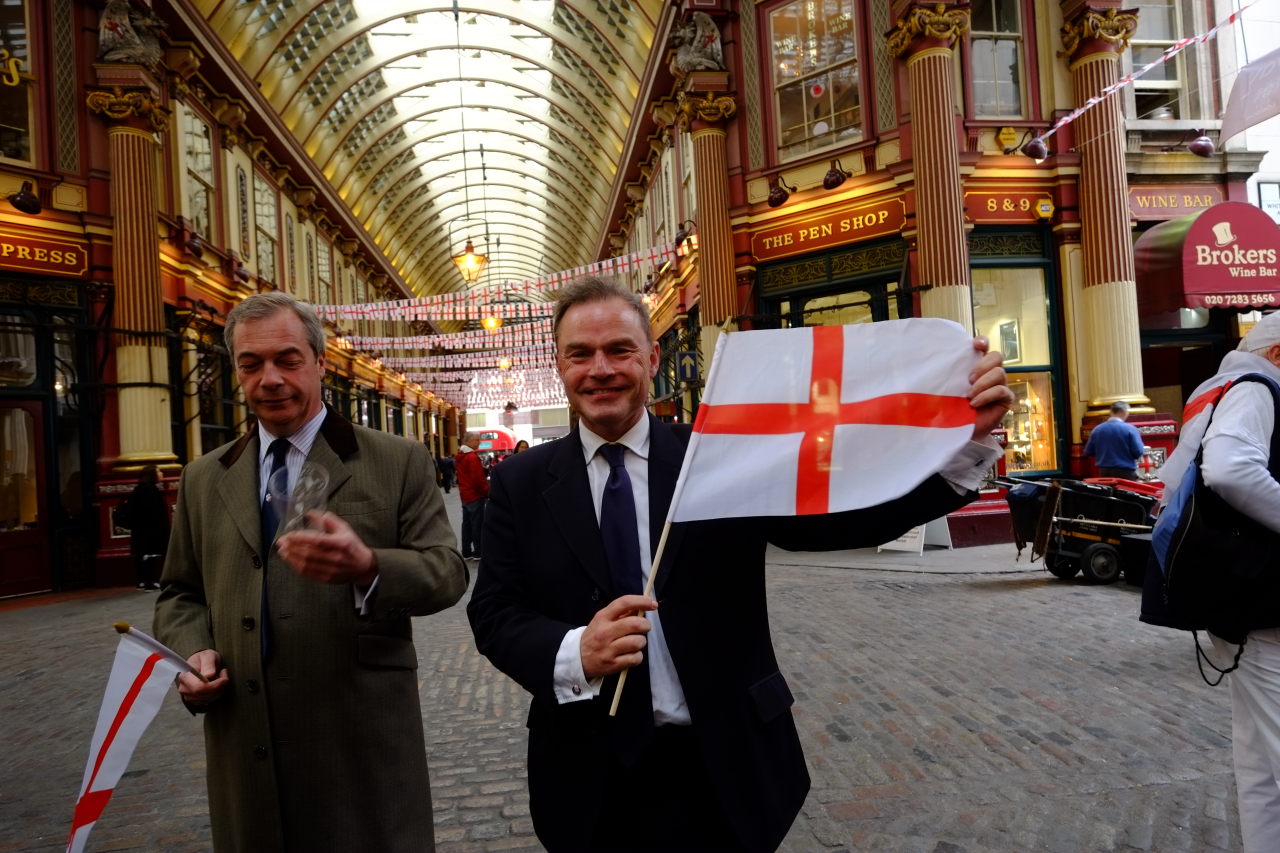 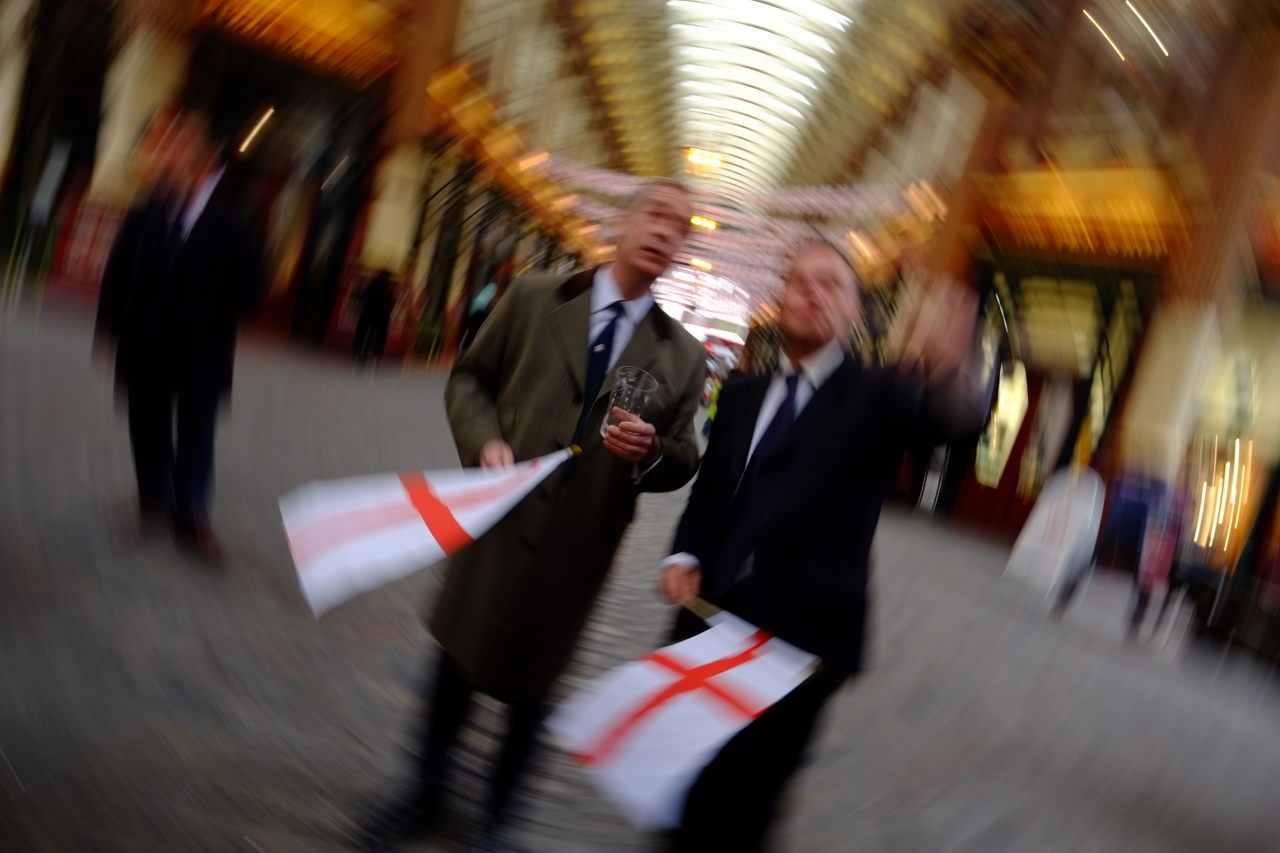 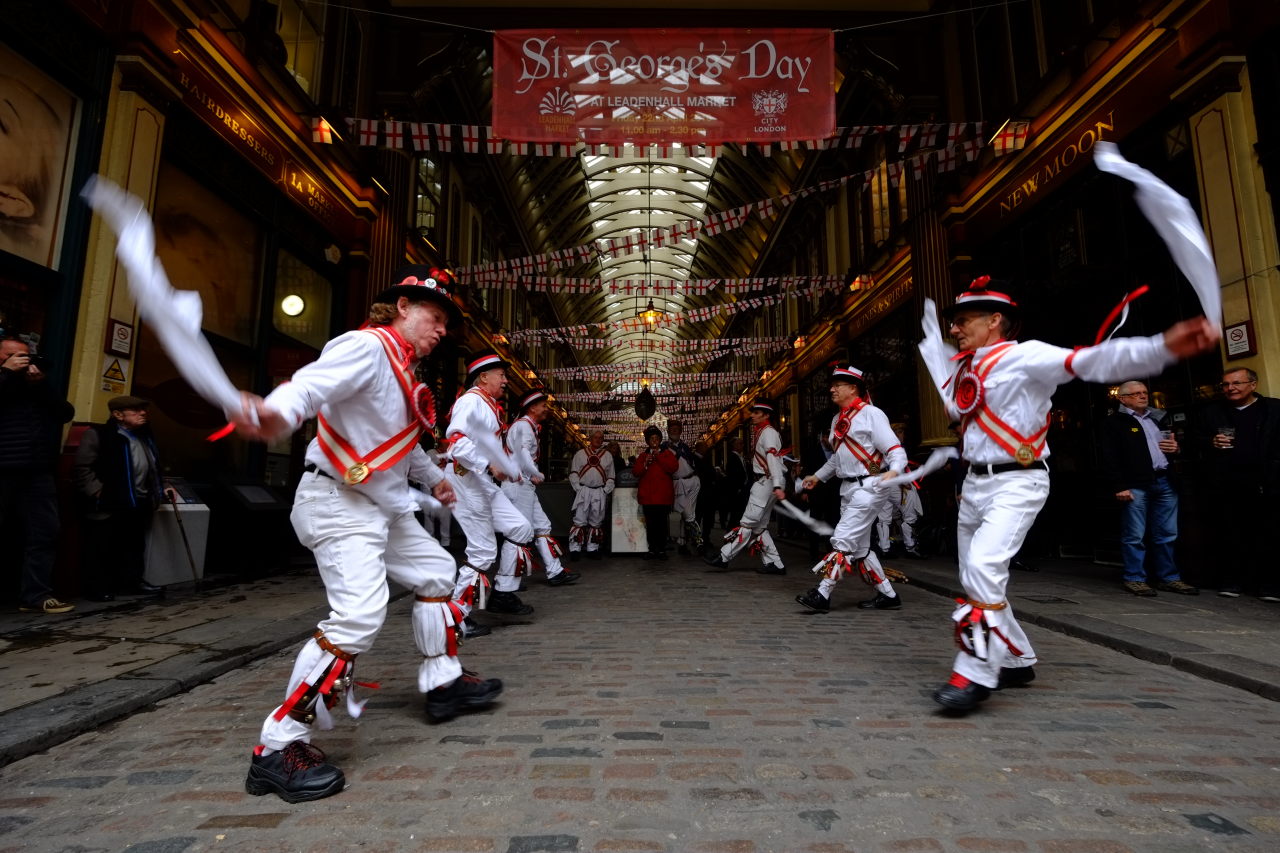 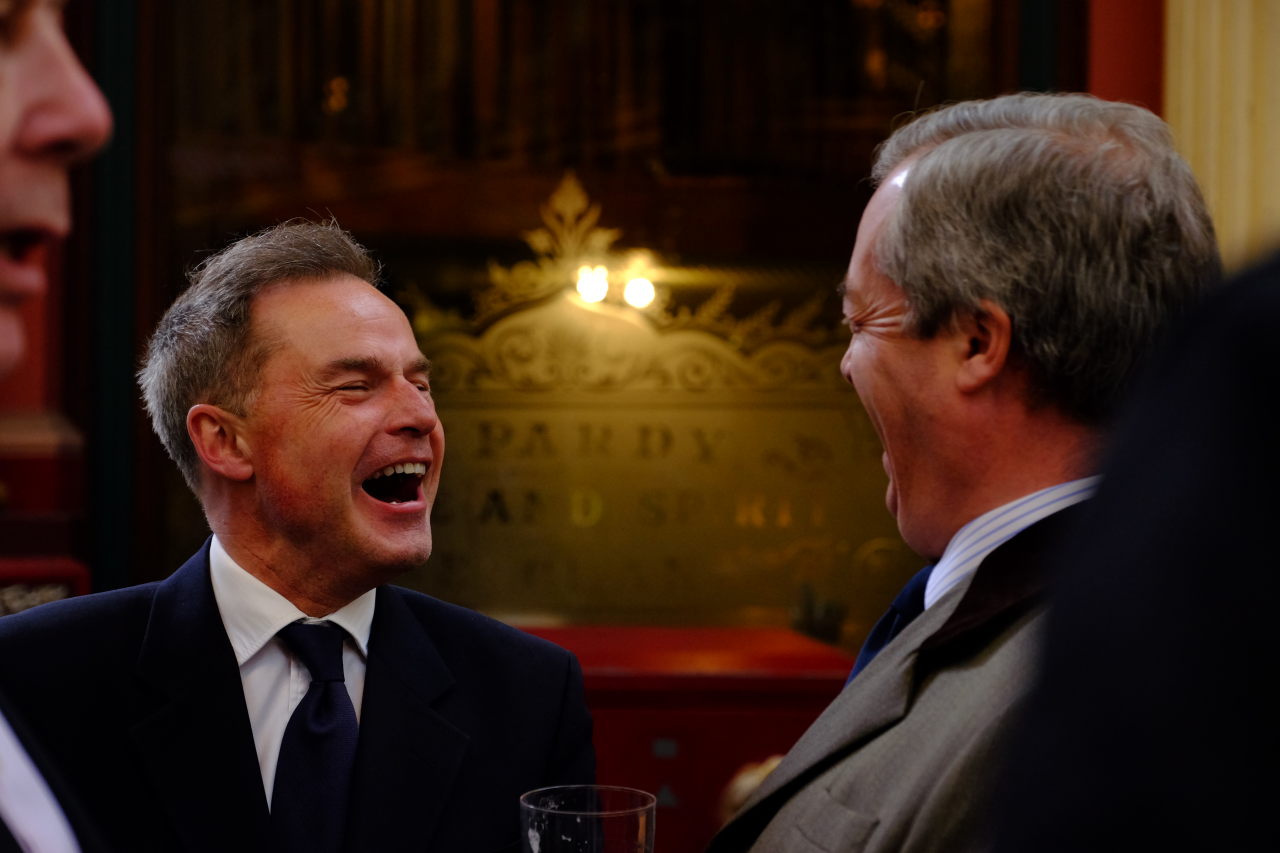 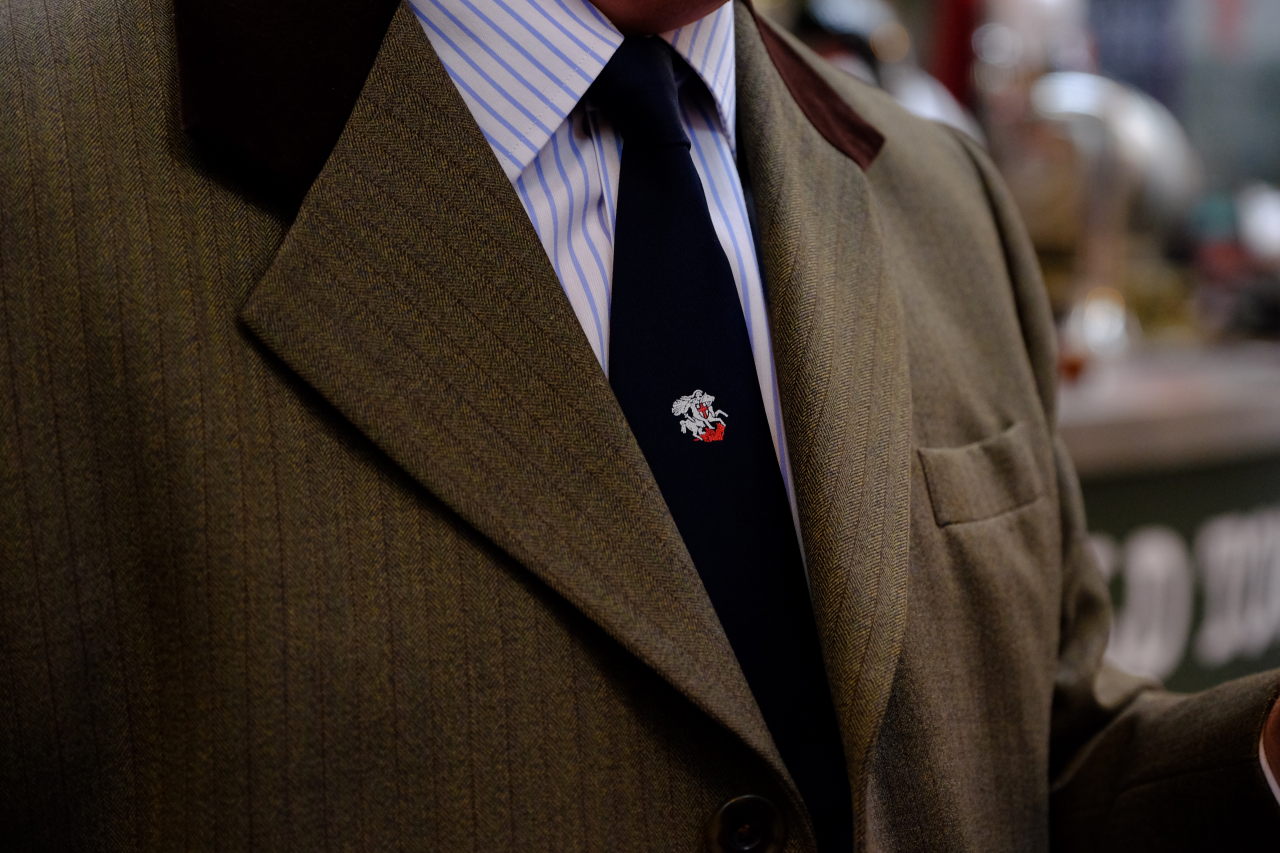 Mr. Farage’s ties have been known to sell out online when he’s pictured with them (Rachel Megawhat/Breitbart London) 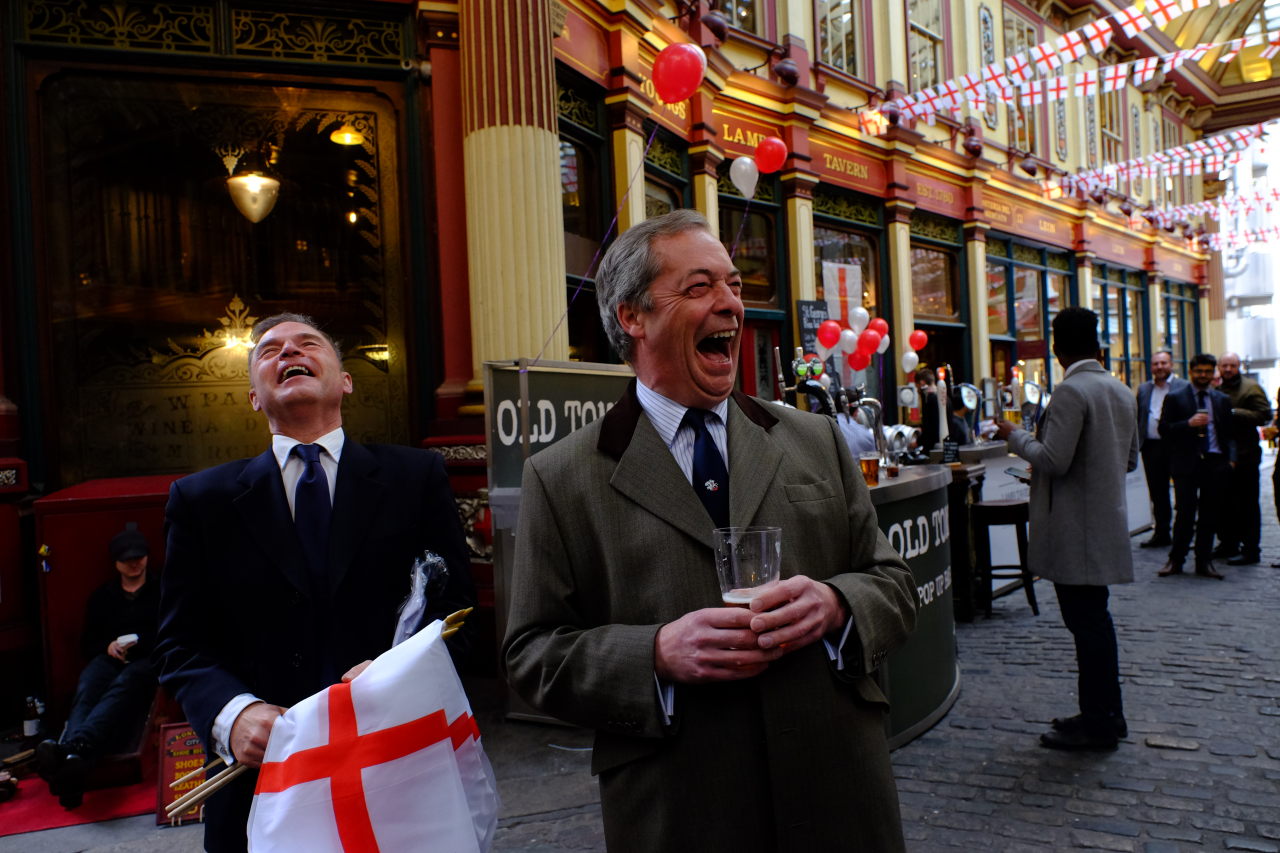 Having a laugh (Rachel Megawhat/Breitbart London) 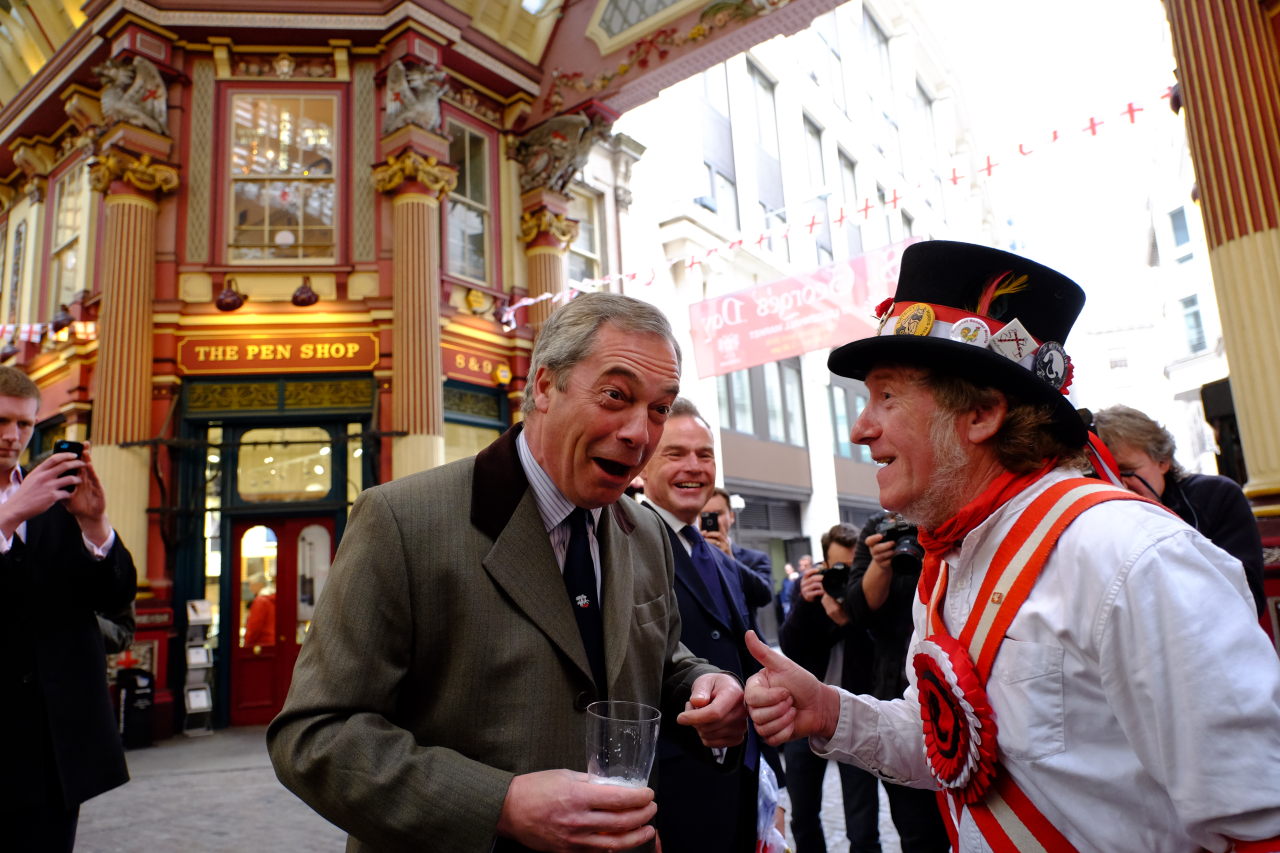 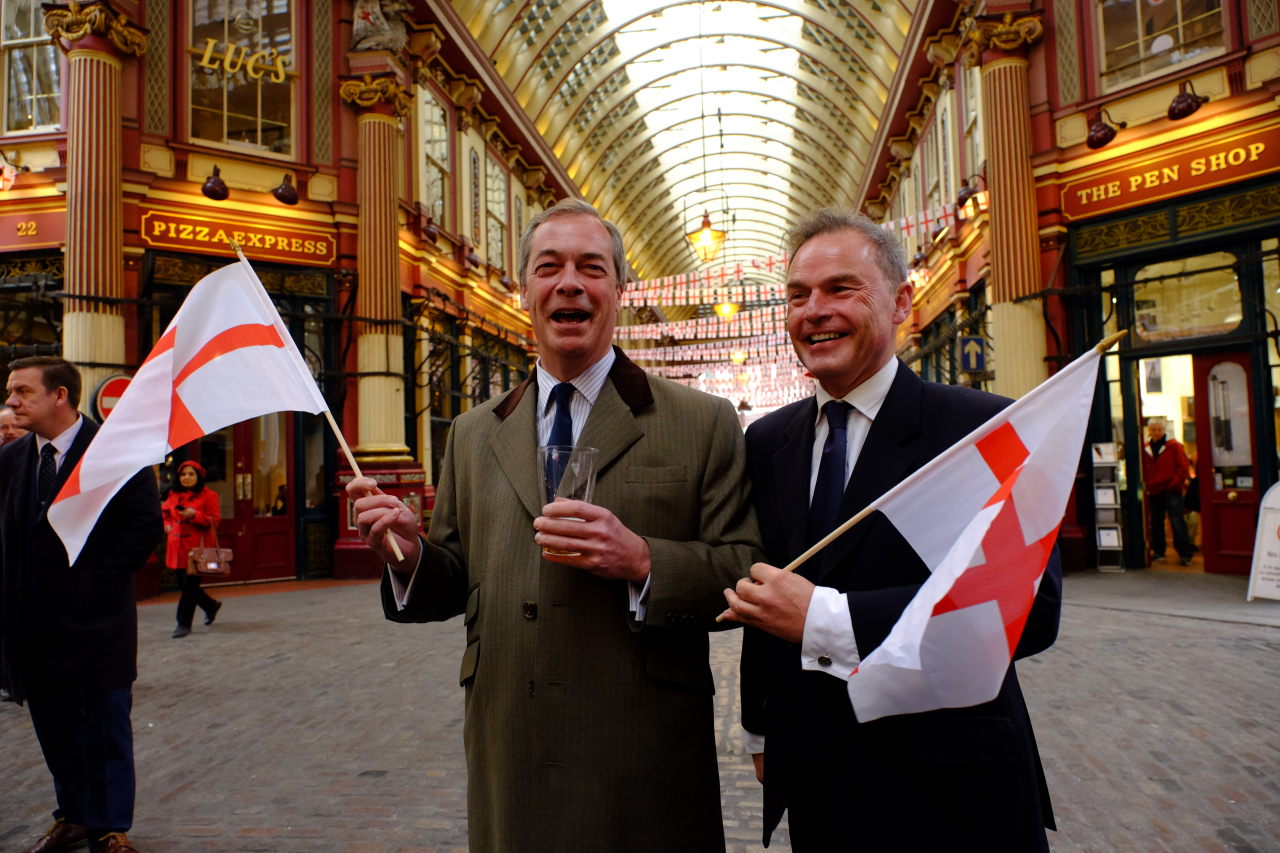 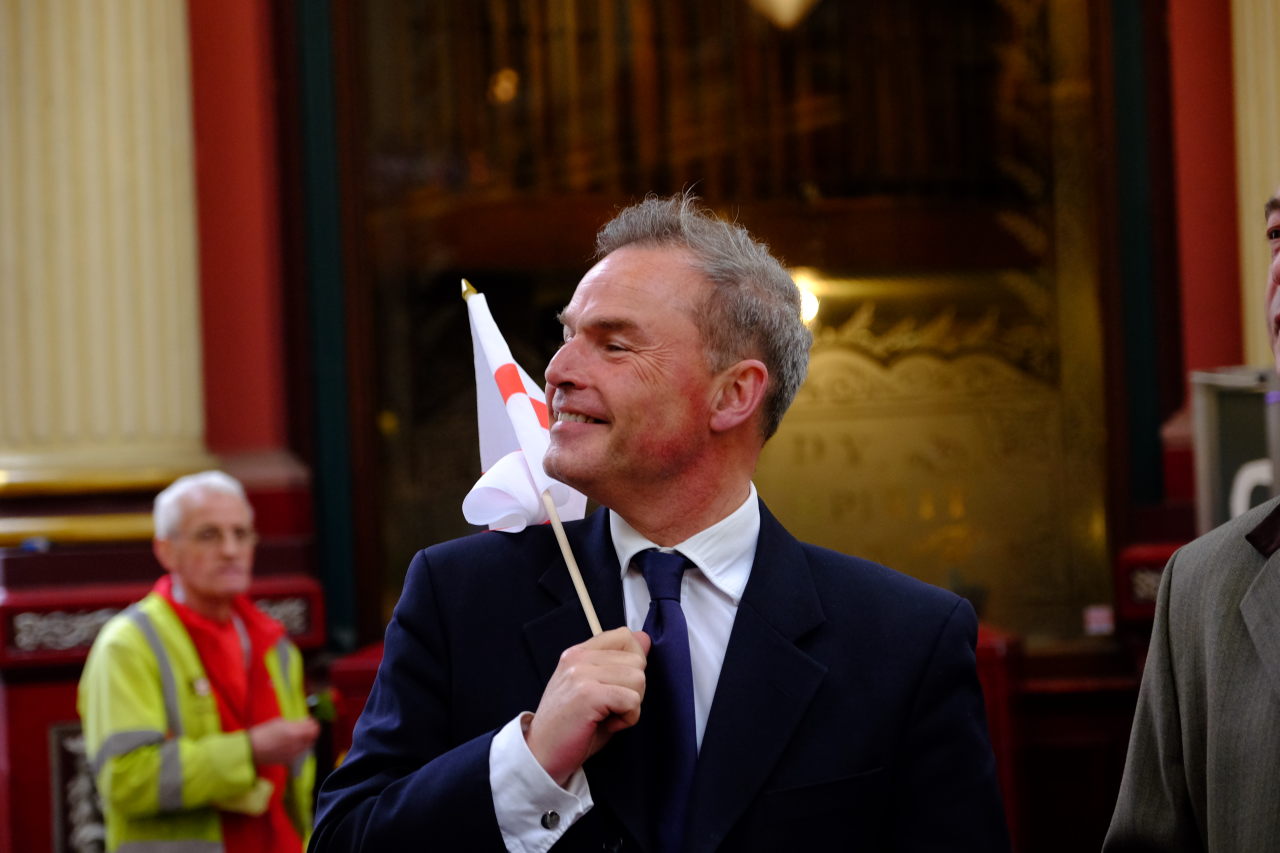 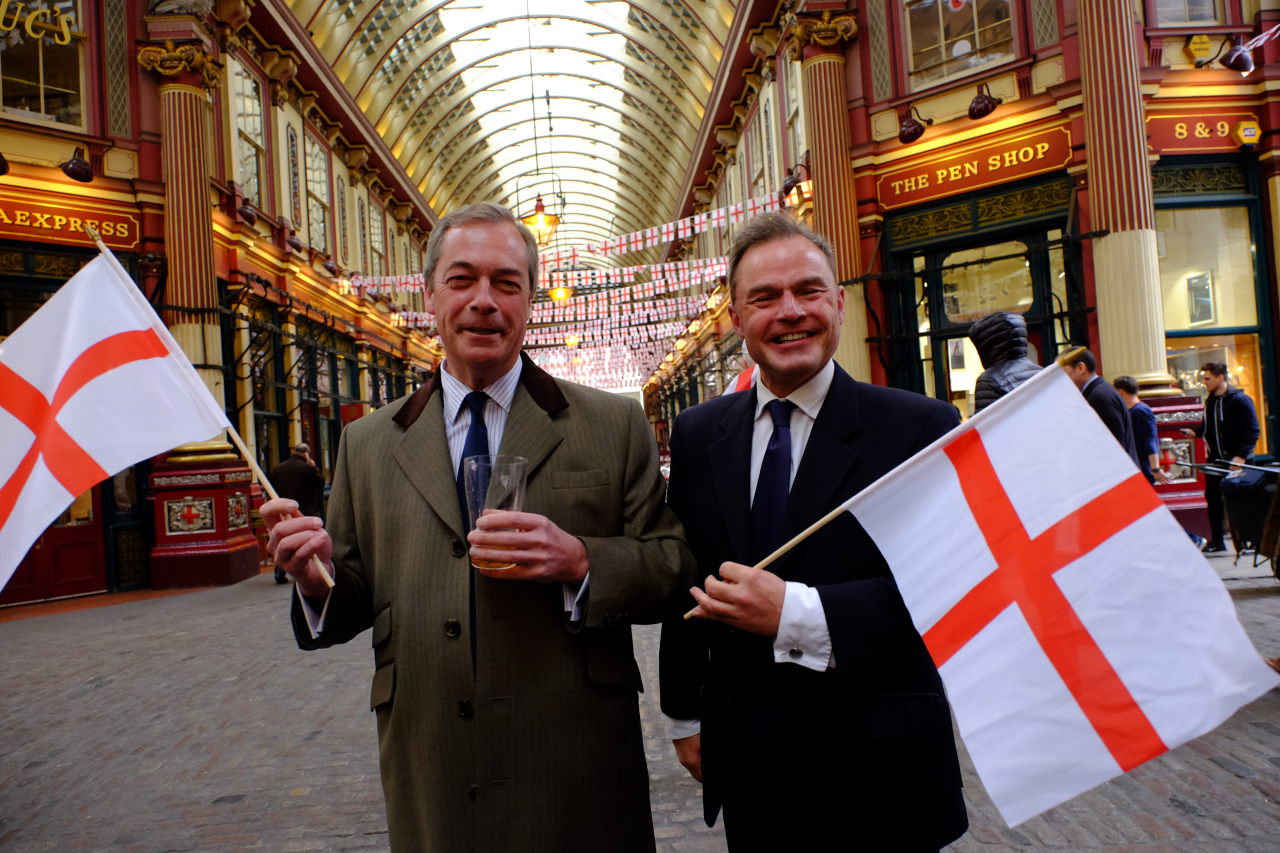 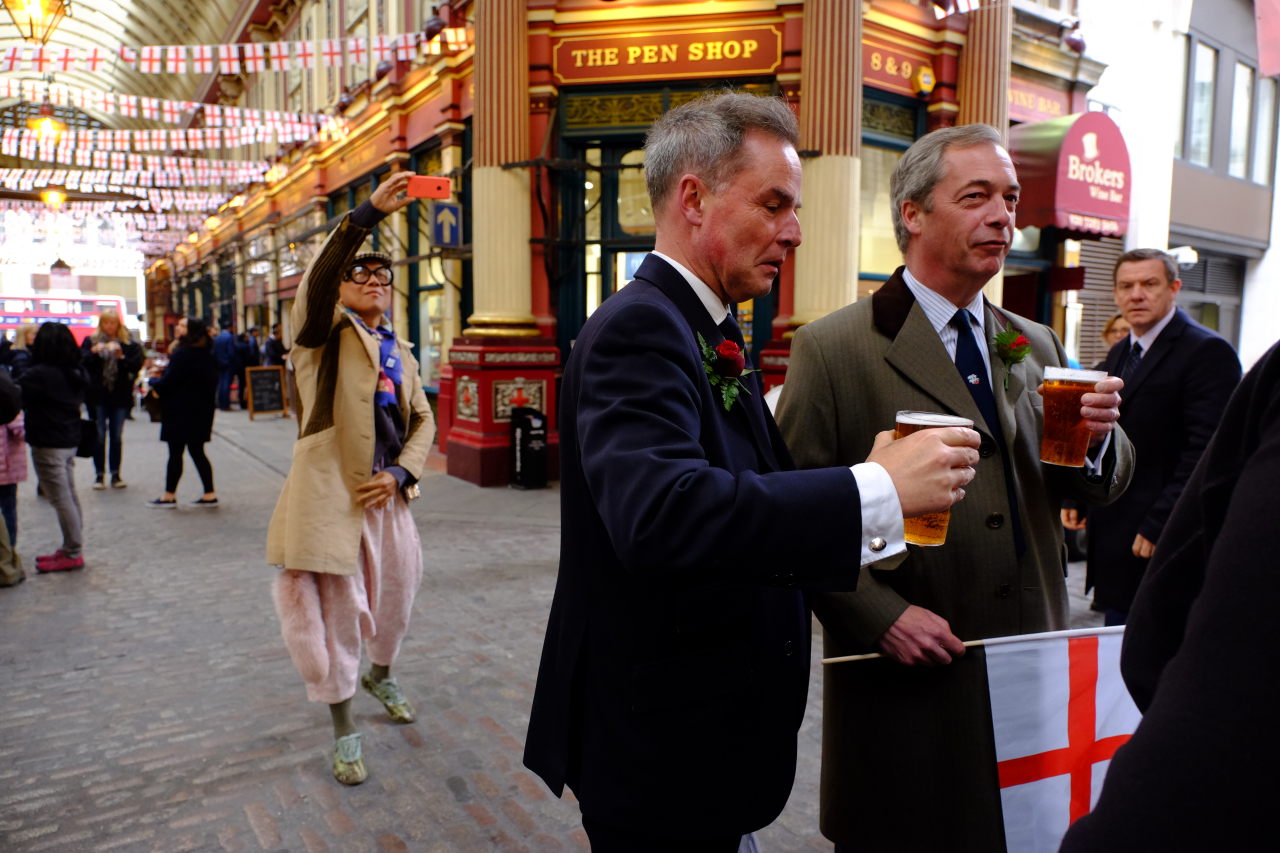 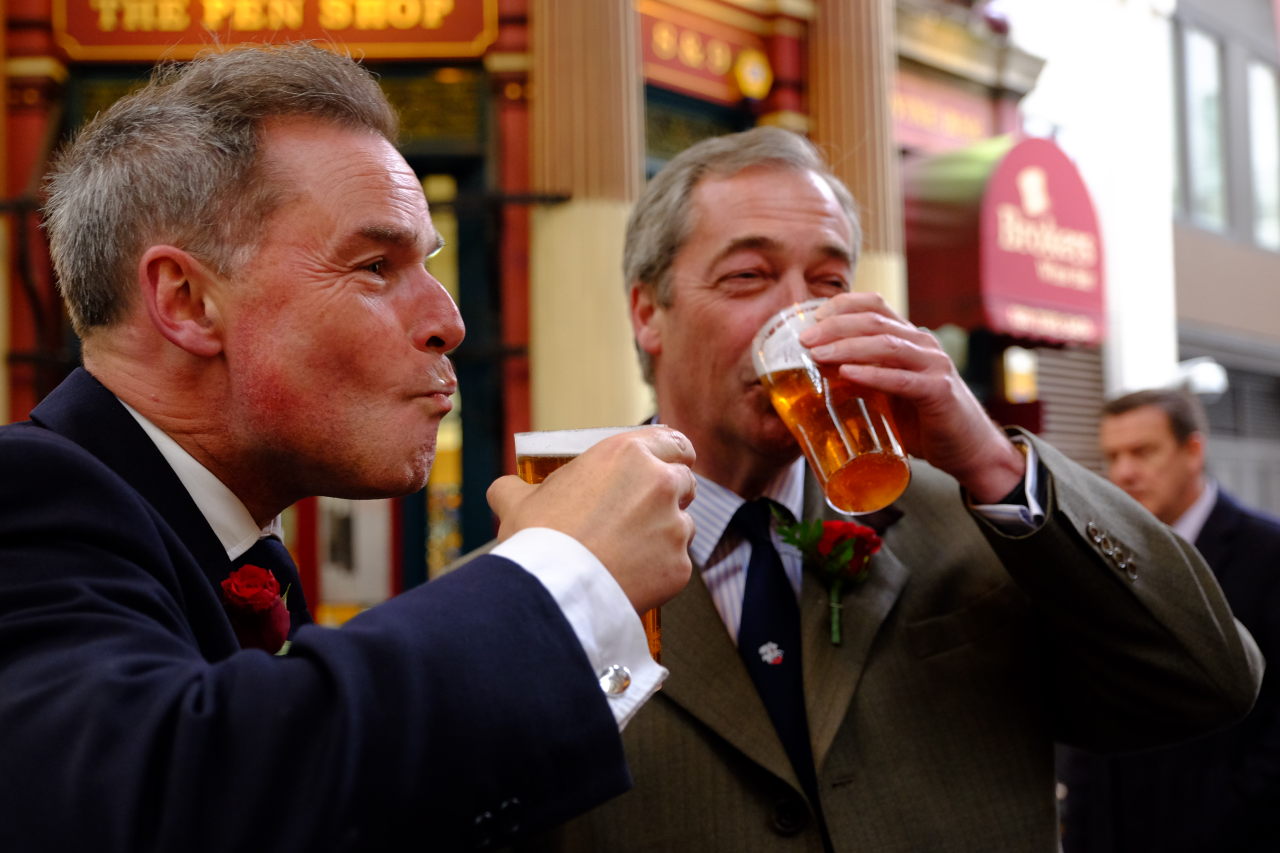