The corporation’s live blog of the Sky News event was being run by Jackie Storer, a freelance journalist who has previously worked for the European Union-funded Confederation of British Industry (CBI).

After the debate, as Ms. Storer was looking to post updates supporting Mr. Cameron’s disaster performance, she uploaded a tweet from ‘Peter Mannion MP’. 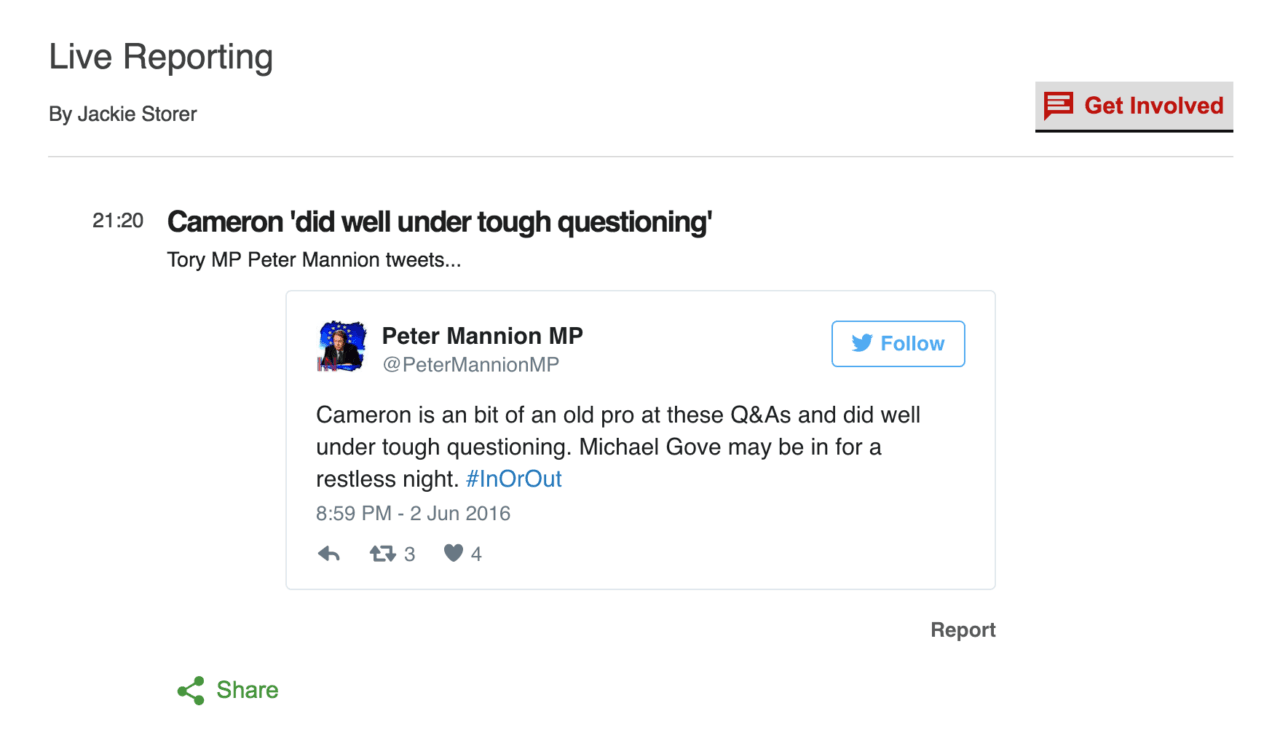 Mr. Mannion however, is not a real person. In fact Mr. Mannion is a character from the BBC political sitcom The Thick of It – something you might expect a journalist covering a national political debate to know.

The Thick of It is considered ‘must watch’ for Westminster politicos in the same vein as the West Wing in the United States.

Prior to working for the BBC, she lists her employment on her LinkedIn profile as: “Senior Corporate Communications Adviser” at the CBI.

The big business-backing CBI has received over £1m in EU funding since 2007.

Ironically, Mr. Cameron’s performance tonight might well be compared to a scene from the Thick of It which shows Mr. Mannion cracking under questioning from students: