Newspapers throughout the European Union (EU) have been quick to link the murder of Labour MP Jo Cox to the EU referendum campaign.

Despite claims that the attacker shouted “Britain First” being unconfirmed, and now looking increasingly unlikely, many papers have jumped on it. They have strongly hinted that the murder was politically motivated and linked to Brexit, despite there still being scant evidence for this. 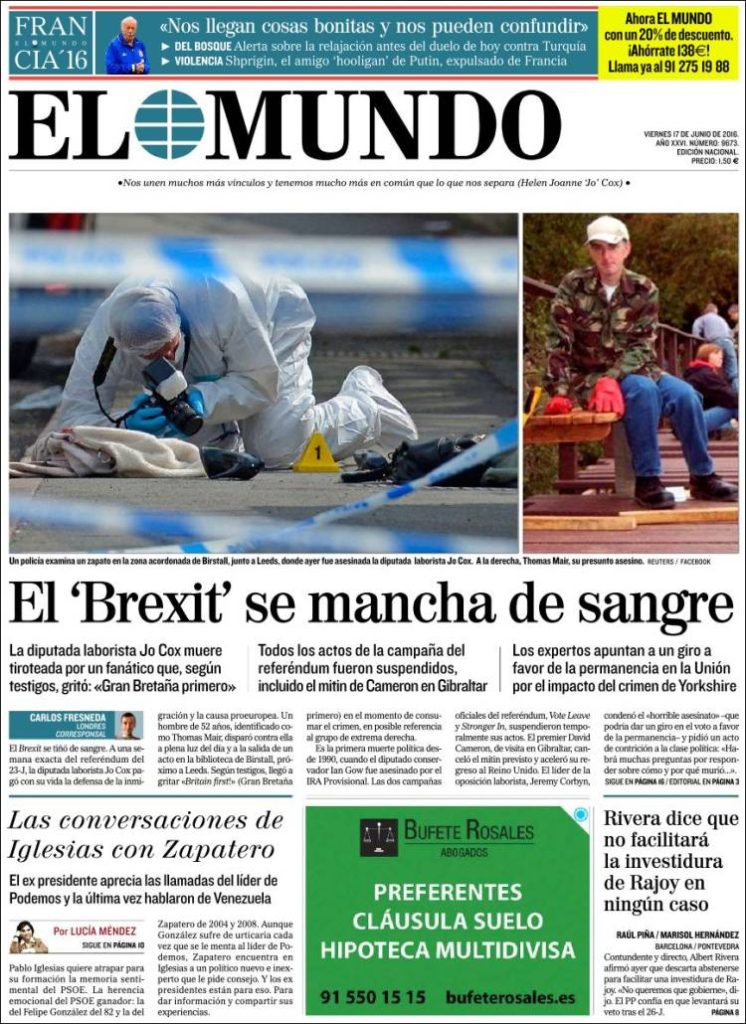 Spain’s El Mundo has the most explosive headline, reading “Brexit Is Stained In Blood”. The paper’s London correspondent, Carlos Fresneda, writes that Jo Cox “paid with her life for defending immigration and the pro-European cause” and says the murder could “boost the vote in favour of remaining”. 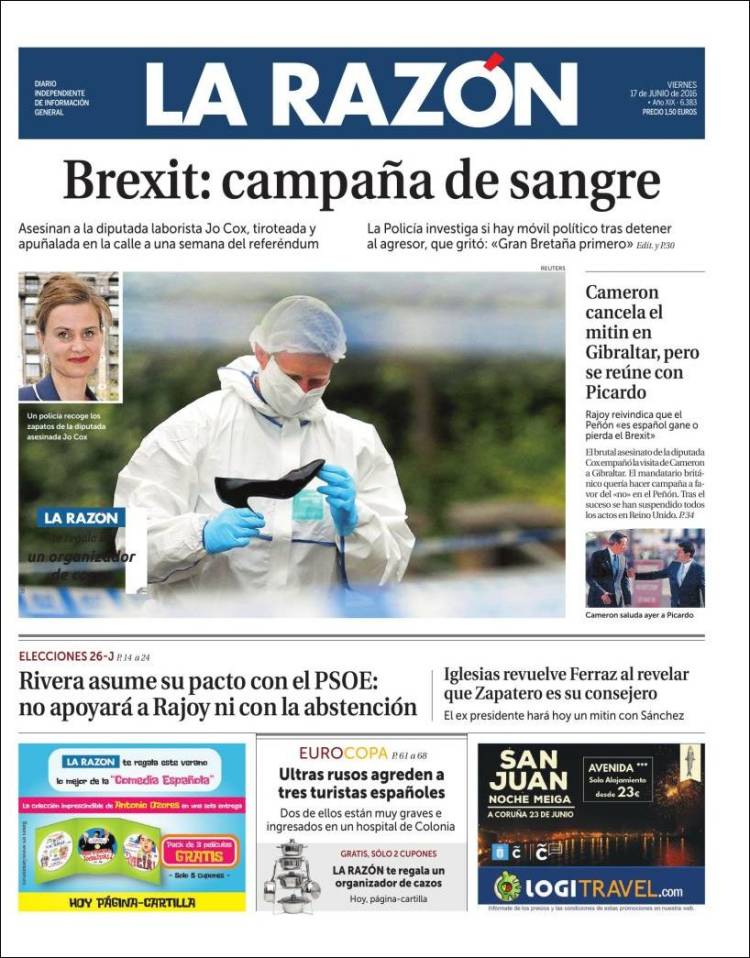 Another Spanish paper, La Razón, leads with the headline “Brexit: Campaign Of Blood”. 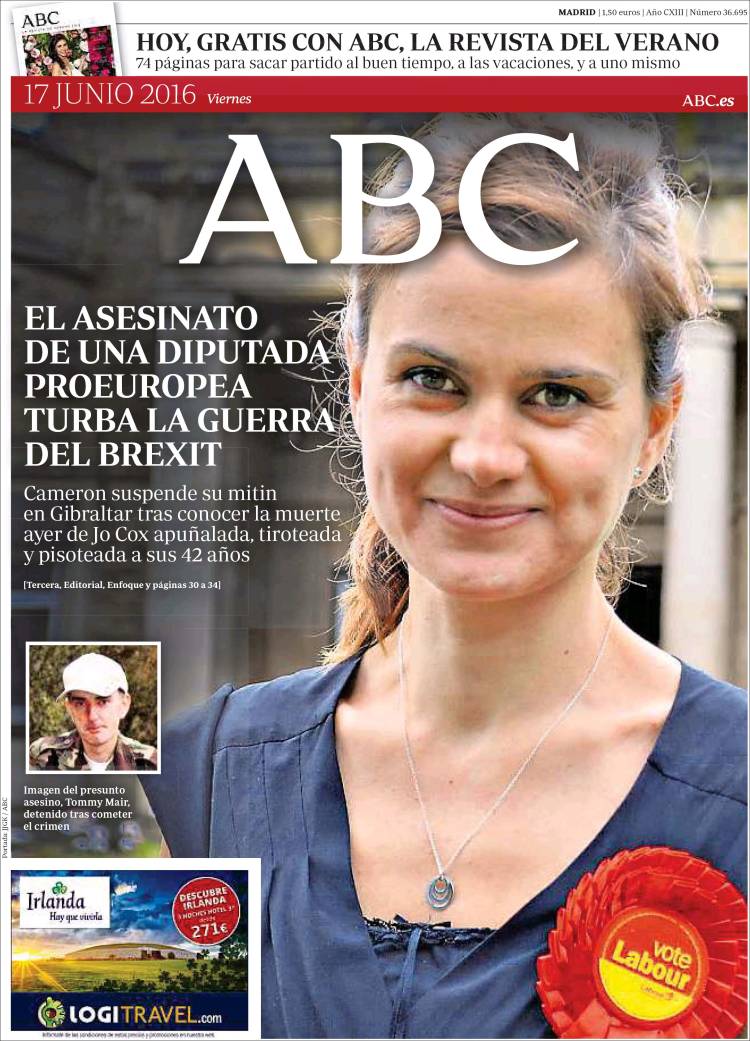 Yet another Spanish paper, ABC, points out that Jo Cox was “Pro-European” in its headline and describes the referendum campaign as a “war”. “The Murder Of A Pro-European MP Disrupts The War Of Brexit”. 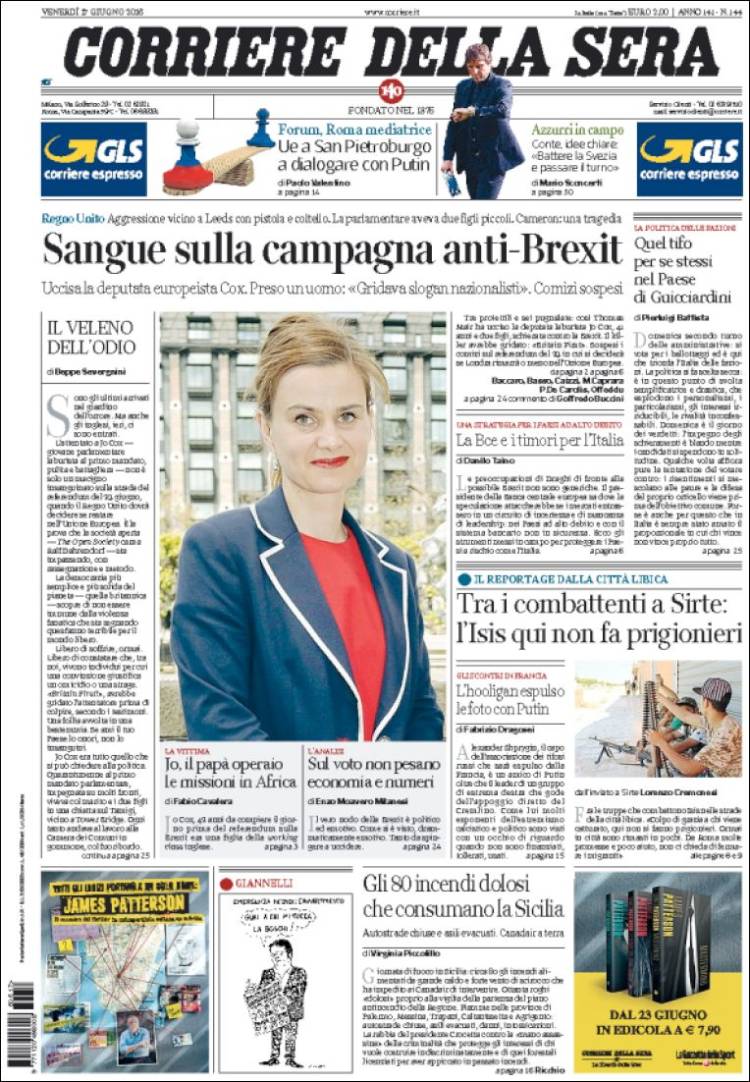 Italy’s Corriere Della Sera takes a similar tone, reporting: “Blood In The Brexit Campaign”. In a sub-heading it says “The Poison Of Hate”. 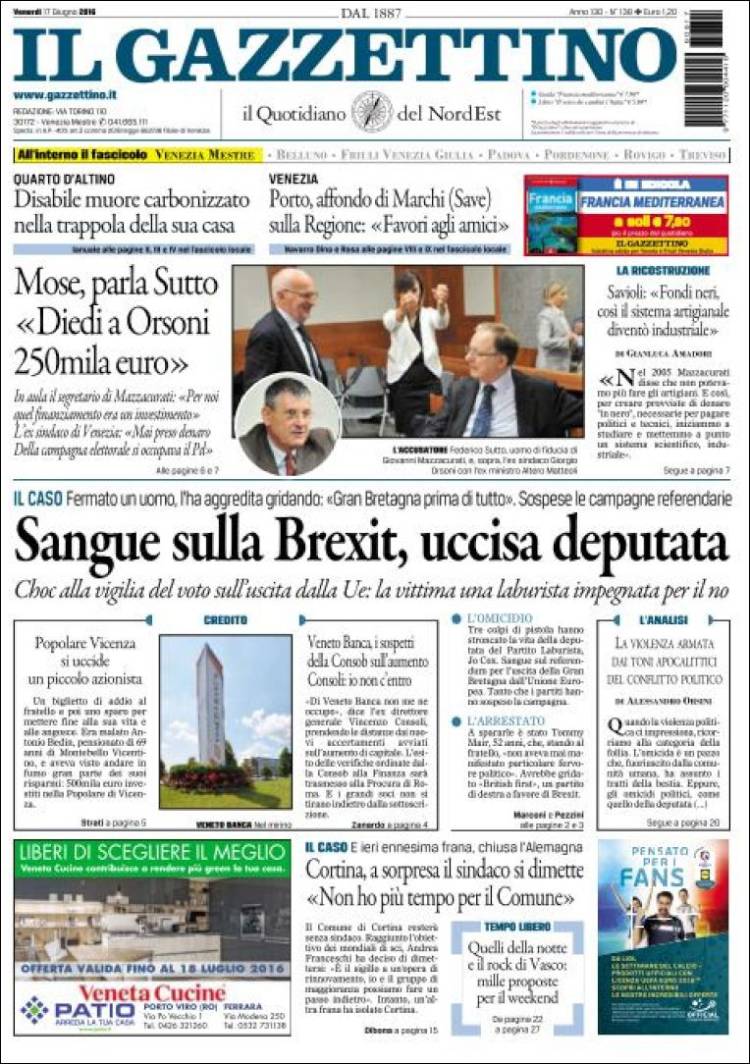 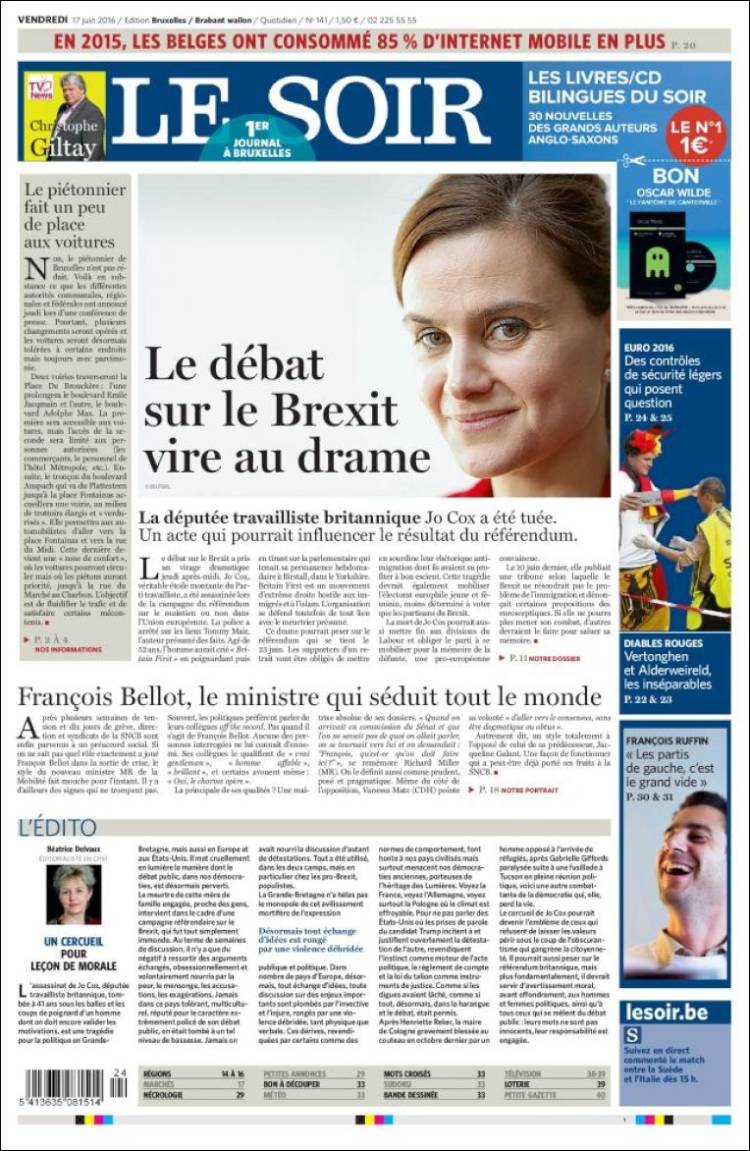 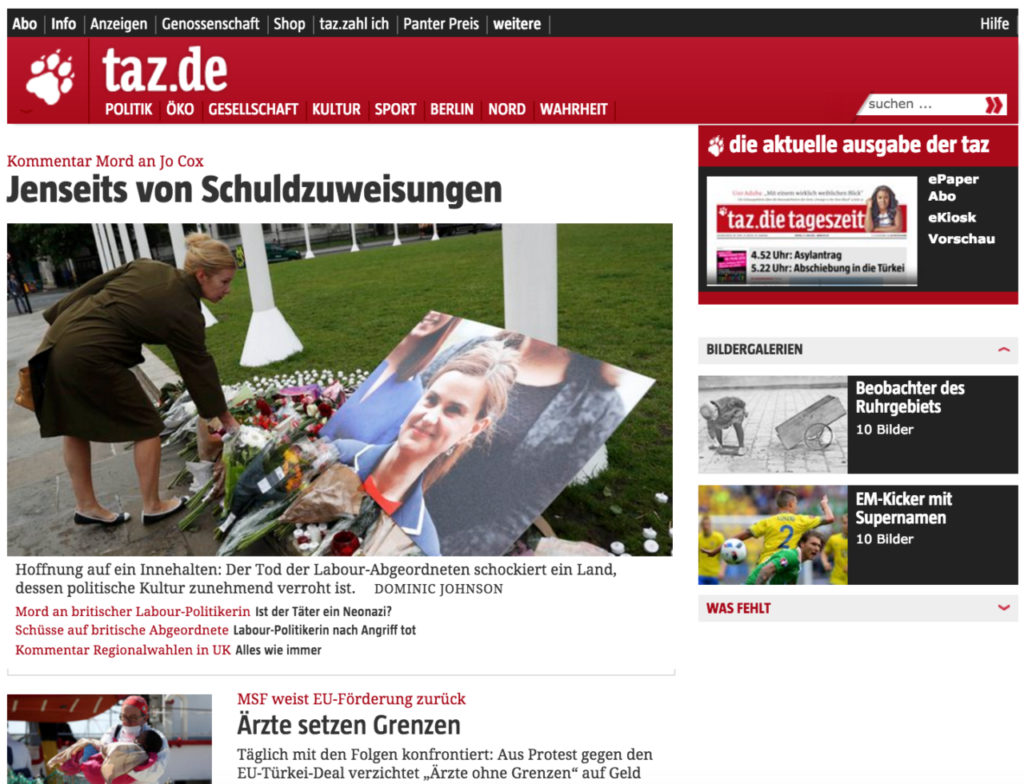 “Beyond recriminations” was the headline in Germany’s left-leaning Die Tageszeitung, describing the UK in the opening paragraph as “a country whose political culture is increasingly brutalized”, amid the referendum campaign, with “Hope for a pause” following the murder.

“Was her murderer encouraged by Proposed referendum on United Kingdom membership of the European Union-Air?” the paper asked. 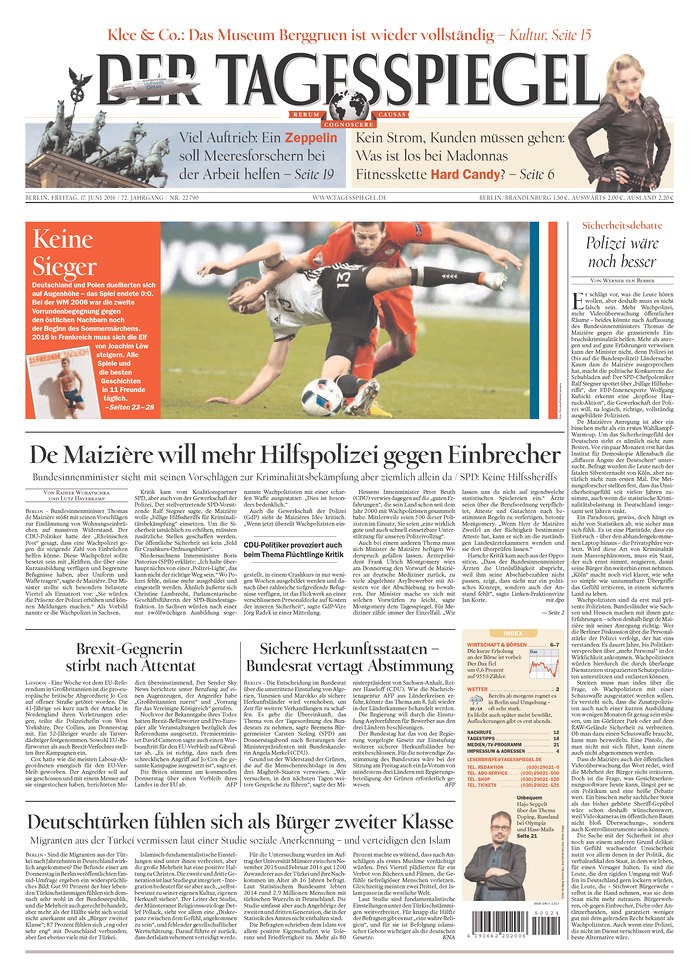 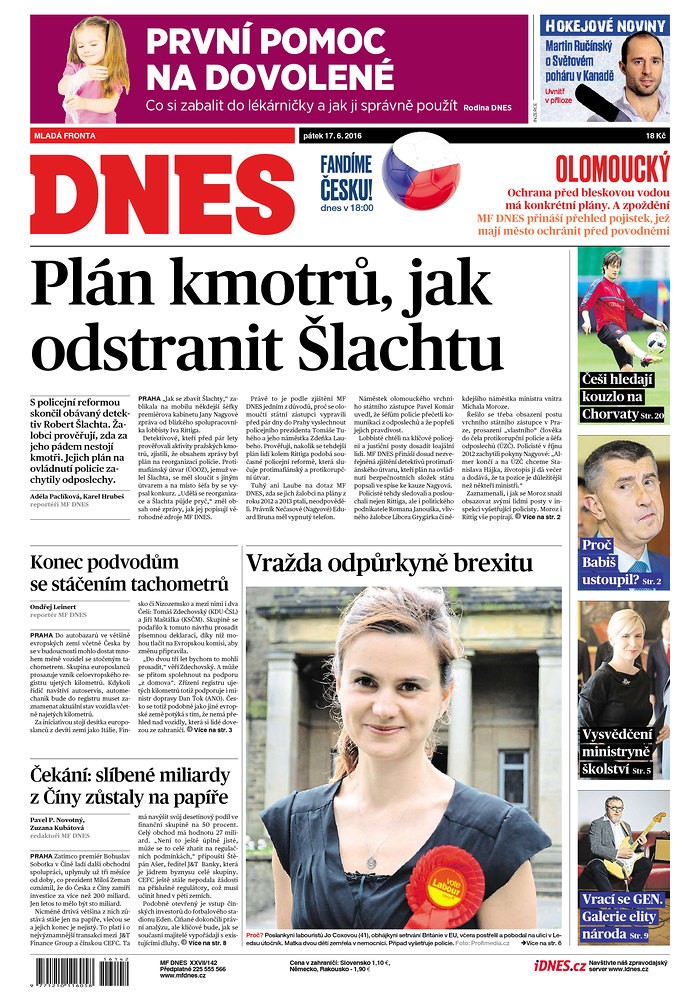