A coalition of “Greek personalities from political parties and groups, as well as from the cultural fields” have signed an open letter encouraging the UK to leave the European Union (EU) after their own national experience with the anti-democratic institution.

“The open letter is an act of solidarity from Greeks to the British people, so that they may have essential information and make [an] informed decision in the Referendum,” opens the passionately written letter.

Referring to the Eurozone debt crisis and undemocratically imposed austerity on Greece, they write:

“Your Battle of Britain [on] the 23rd of June 2016 will be against the new Axis powers of the Eurounion, which occupies our Europe and tries to split the UK society through fear.

“We experienced this in Greece, starting some years ago, when their Troika instrument (with decisive role from the EU regime) started trying to split our society and occupying our country again.”

The authors also invoke World War Two — in which Britain and Greece were allies — and the struggle for democratic self-rule across the continent:

“We fought together against the Axis powers of the 20th century and now we are fighting them again in the 21st century. We fought for freedom, independence, justice and the human values included as ideals of Hellenism.

“We fight for the same today and as in the 20th century, we will both win again.” 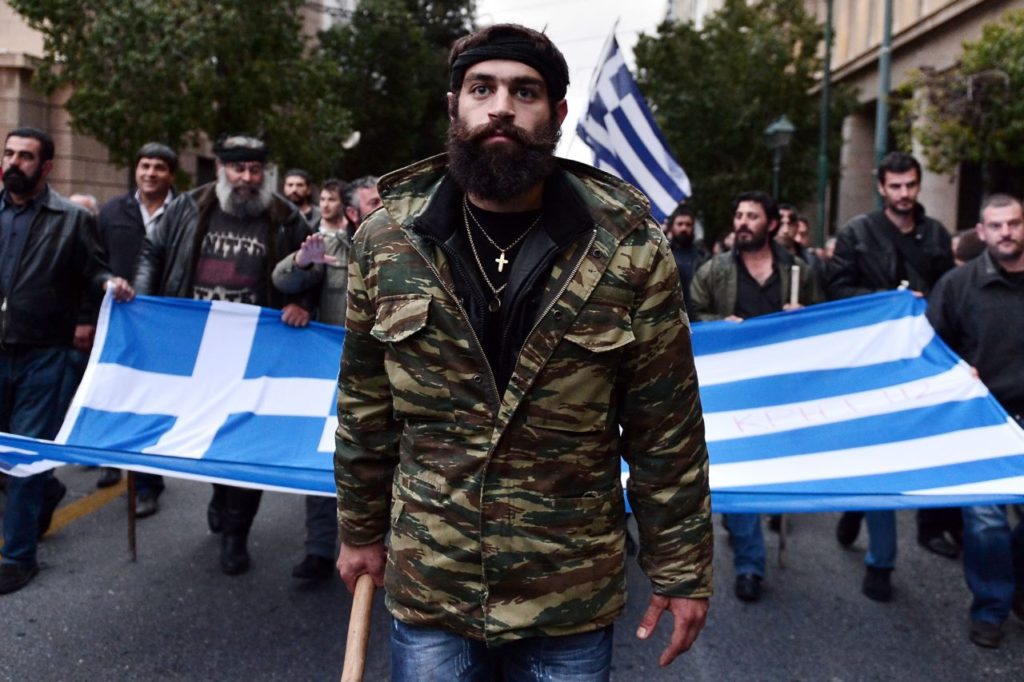 The letter claims to have signatories including Ioannis Kouriannidis, the local government leader of Thessaloniki, Manolis Paterakis, president of the Panhellenic Federation of Cretan Cultural Associations, the Agrarian party of Greece, and the Hellenic Direct Democracy Movement.

Authors employ both left-wing and right-wing arguments in the letter, slamming both the Trans-Atlantic Trade Agreement (TTIP) and the migration crisis from the Middle East.

They also claim the EU tramples on the “Hellenistic” and “European values” it purports to advance, as “democracy, and especially direct democracy, is against any fiber of this European Union”.

Listing the numerous times the EU has overridden and ignored national referendums, before explaining the Greek experience, they write:

“We, the Greek people, voted in July 2015 against further austerity measures required by the Troika, and our vote was ignored.

“Prior the referendum even [the] highest officials of the European Union warned the Greek people not to vote NO as this would lead to a Grexit, even this is not ruled in the European treaties.”