Bavaria’s spy agency has “substantial” evidence that Islamic State terror squads are hiding in Germany after entering the country as ‘refugees’.

“We have to accept that we have hit squads and sleeper cells in Germany,” Manfred Hauser, the vice president of the Bavaria region’s intelligence gathering agency, BayLfV, told BBC Radio 4.

“We have substantial reports that among the refugees there are hit squads. There are hundreds of these reports, some from refugees themselves. We are still following up on these, and we haven’t investigated all of them fully,” Mr. Hauser added. 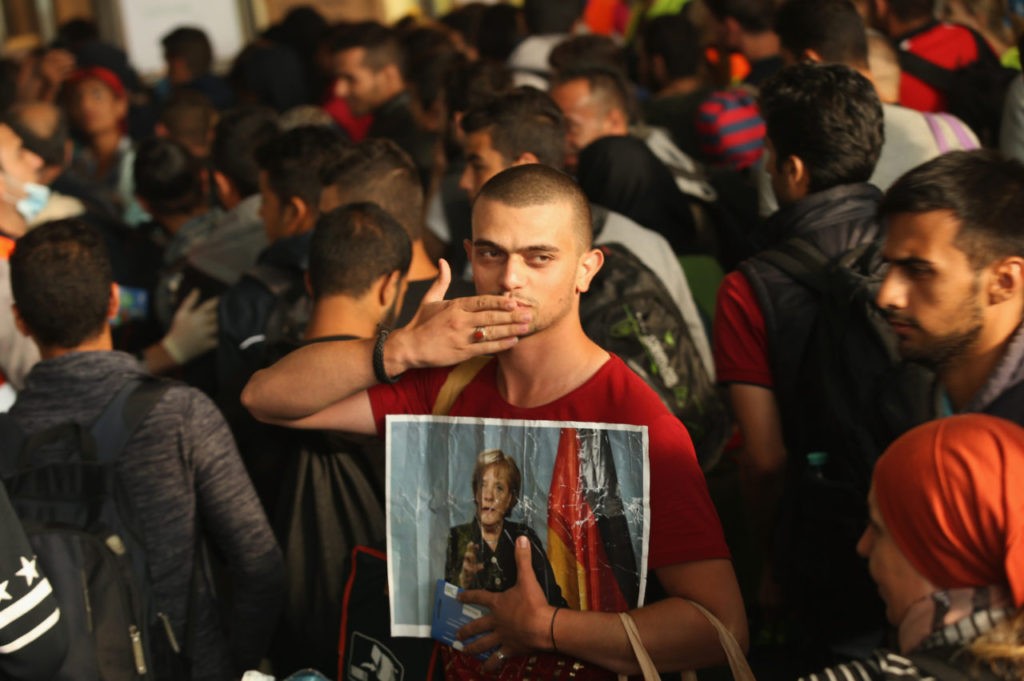 A migrant from Syria holds a picture of German Chancellor Angela Merkel as he and approximately 800 others arrive from Hungary at Munich Hauptbahnhof main railway station on September 5, 2015 in Munich, Germany. (Photo by Sean Gallup/Getty Images)

Just over a year later, in July 2016, the country suffered ten days of terror attacks perpetrated by migrants and ‘refugees’ – two of which had pledged allegiance to Islamic State.

One Syrian “refugee” hacked a pregnant woman to death on the street. Another Syrian, who came from Bulgaria, blew himself up outside a music festival injuring 15, and a knife-wielding “refugee” attacked multiple people on a train.

In an emergency press conference following the attacks, Mrs. Merkel admitted terrorists had used her open door policy to bring in people to commit violence, but refused to reverse her approach.

Defending her decision to tear up EU asylum rules for Syrian migrants, she said she had “acted in line with my knowledge and conscience” and said Germany would “stick to our principles” and “give shelter to those who deserve it”.

“As chancellor, I am responsible for, by far, most decisions. I always have to weigh up if a decision meets our values — which does not mean that there are no risks,” she said, adding: “The basic principle that Germany stands by [is that] its humanitarian responsibility is the right thing.”