A man has allegedly attempted to “assassinate” German Chancellor Angela Merkel during a trip to the Czech Republic, which was marked by a series of anti-mass migration and anti-EU protests.

The man attempted to drive into a convoy the Chancellor was traveling in and “run down police”, but was she not put in serious danger local media reports.

Mr. Merkel was travelling between Prague airport and the Czech government headquarters when the black Mercedes approached the vehicles accompanying the chancellor.

“While attempting to join the motorcade, he tried to run down police securing the road”, explained police spokesman Josef Bocan.

“The suspect acted alone. He was not armed, but items found in the car could easily have been used as weapons, particularly some cement cubes.”

“The perpetrator has been detained,” Mr. Bocan added. “He only stopped and got out of the vehicle after police warned him that they were going to shoot.”

“Thanks to the professional actions of officers, Angela Merkel’s life was not in danger. The incident is currently being investigated by Prague detectives.”

Mrs. Merkel had been in the area to hold talks with Czech Prime Minister Bohuslav Sobotka and the country’s fiercely anti-mass migration President Milos Zeman. 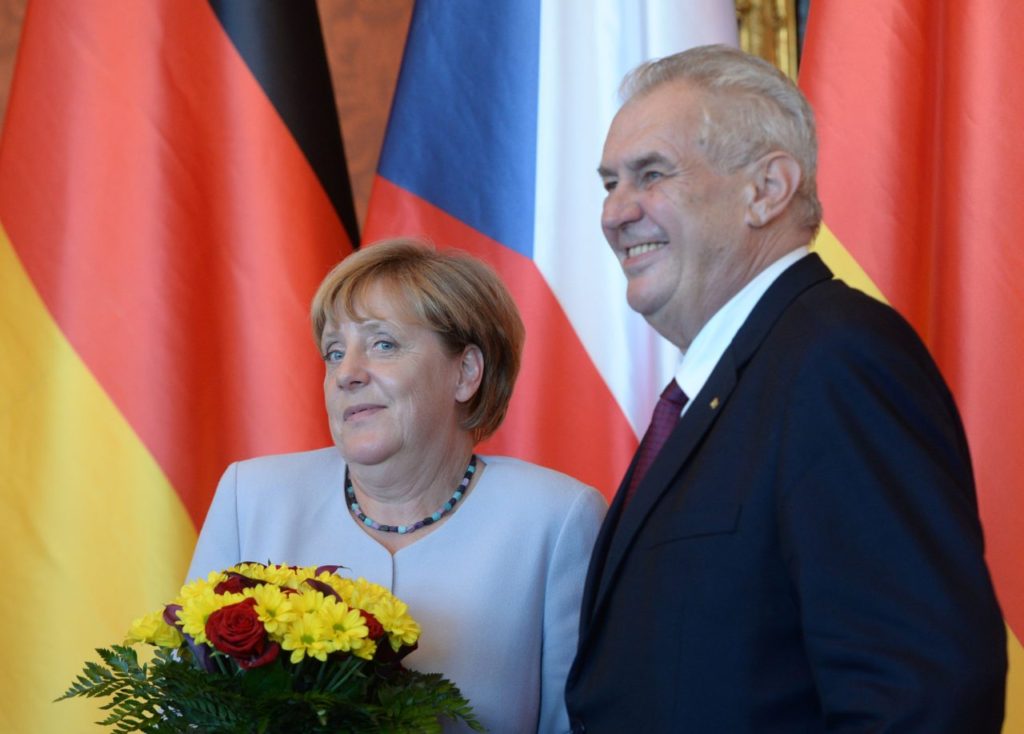 Outside the Prague Castle, where they met, anti and pro-mass migration protestors faced off, with some shouting “bravo Angela,” and others crying, “German swine!”

‼️ #Prague yesterday: Angela #Merkel is not very popular in the #CzechRepublic. pic.twitter.com/Zw8yGrrgyf

Anti-Islam protestors followed Mrs. Merkel around the city, some dressed in full-face veils and traditional Islamic dress. They held signs showing the German leader with a Hitler moustache and featuring the EU flag next to that of Nazi Germany.

President Zeman has shared a stage with leaders of the anti-Islamisation PEGIDA movement in the past, including Tommy Robinson, the ex-Leader of the English Defence League (EDL).

Earlier this year he said it was impossible for Muslims to integrate into Western Europe and blamed the New Year’s Eve sex attacks in Cologne, Germany on “Muslim culture”. 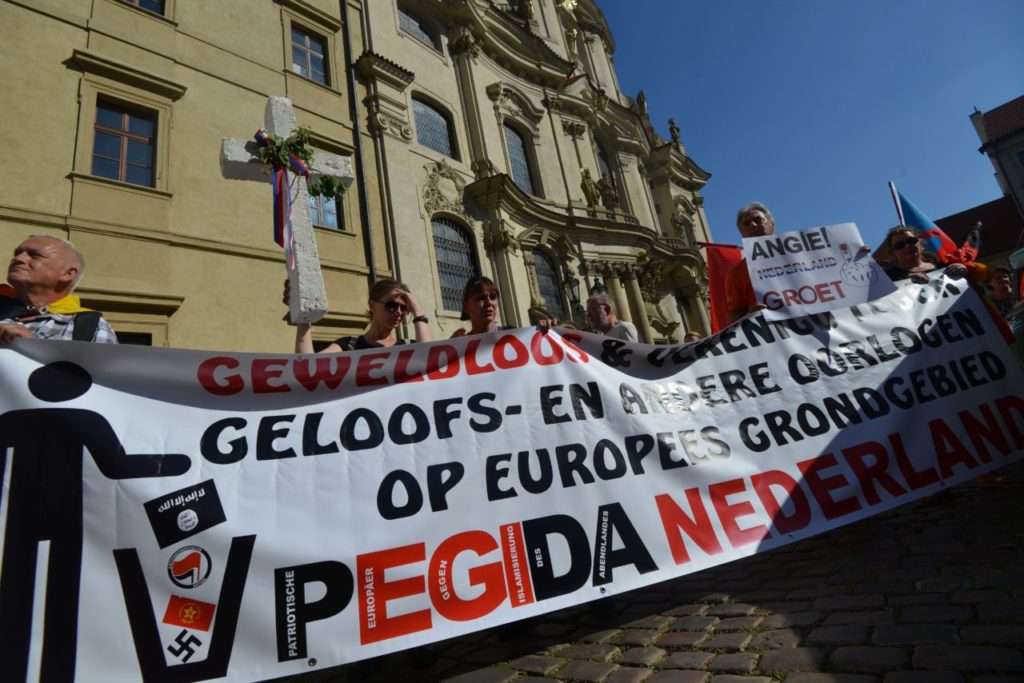 Members and supporters of Pegida (Patriotic Europeans Against the Islamisation of the West) from the Netherlands hold a banner during a demonstration against German Chancellor Angela Merkel during her visit to the Czech Republic on August 25, 2016 in Prague. / AFP / Michal Cizek / Getty 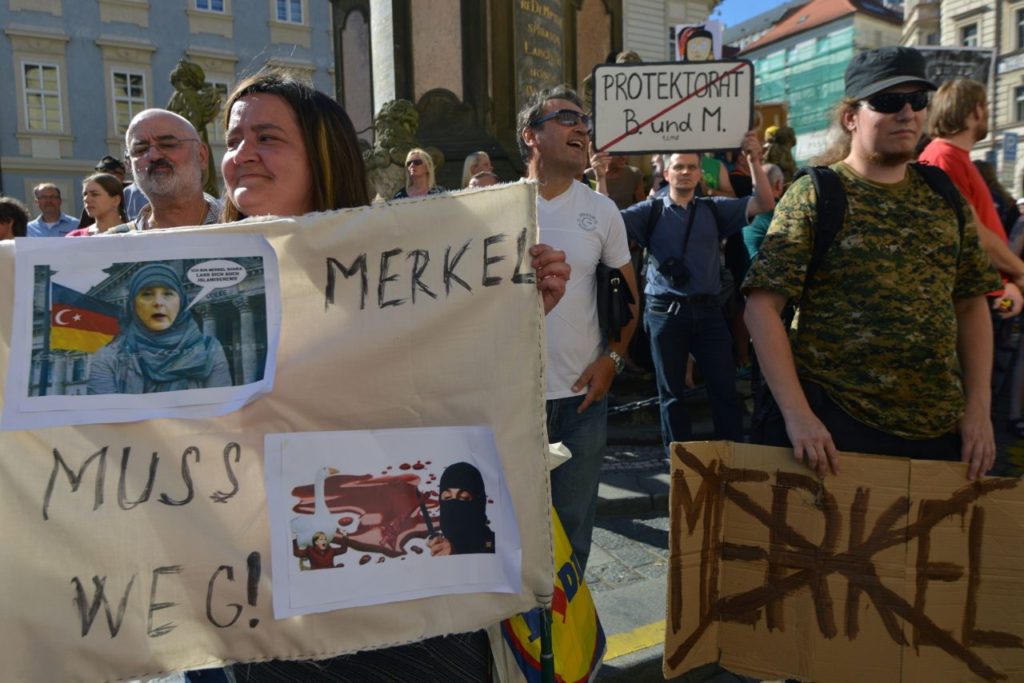 People hold banners to protest against a visit of German Chancellor Angela Merkel to the Czech Republic, on August 25, 2016 in Prague. / AFP / Michal Cizek / Getty