A respected economist has said that it is in Austria’s best interest to leave the European Union after Brexit due to the growing influence of poorer nations as a result of the loss of UK membership. 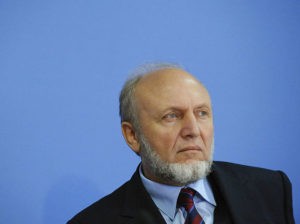 Economics professor Hans-Werner Sinn is warning both Austria and Germany that the result of the United Kingdom leaving the European Union, or Brexit, may affect them negatively. He argues that as a result of the UK  leaving the union the number of poorer countries like Greece and Spain will now begin to outnumber the richer ones like Germany and Austria.

Sinn, who is the former head of the prestigious IFO Institute, claims that the problem is population as well as wealth. The poorer countries, without the UK in the union, will inevitably be able to change the rules of the European Union to suit themselves at the expense of richer nations like Austria and Germany.

The economist doesn’t want Austria to permanently leave the European Union but rather cancel the Maastricht treaty and then go on the propose an amendment to the way the EU works. He argues that the Maastricht treaty could be considered void anyway if Britain leaves the EU since the original agreement was signed by the UK, with Austria entering the union later on in 1995.

Mr. Sinn was also not positive on the Euro currency, complaining that too many countries were borrowing at very low interest rates, affecting the viability of the currency , but said there was possibility for repair and reform in the future.

He claimed that the printing press of money wasn’t a solution to the economic problems of the member states. He noted that if Greece, with its battered economy, has twice the wages of Poland, there was a large fundamental problem.

“We live in a dramatic time, still with high unemployment in EU countries such as Italy or Greece,” he said and didn’t believe that in ten years time the countries of the EU would remain the same.

Following Brexit, both the Netherlands and Denmark are giving consideration to referendums on membership to the European Union.

Top-polling people’s Dutch party leader Geert Wilders has said he would like to get out of the European Union, calling Brussels a “totalitarian monster.”

The Danish people’s party have also welcomed Brexit saying that they wish to use the coming negotiations on Britain leaving as a template if their population also decides to leave the EU via a popular referendum.