Sir David Attenborough, the veteran broadcaster and climate change alarmist, has attacked the involvement of voters in politics beyond elections, suggesting the only way to stop Donald Trump is to “shoot him” and that complex political questions like Brexit should be blocked by “wiser” politicians.

Condemning Mr. Trump’s climate-scepticism, Sir David asked: “Do we [foreigners] have any control or influence over the American election? Of course we don’t. We could shoot him… it’s not a bad idea.”

Whilst the Radio Times journalist conducting the interview suggested it was a joke met with “giggles”, such violent rhetoric from this liberal establishment figure and cultural icon may bbe seen as hypocritical.

Furthermore, Sir David went on to explain that he was deadly serious about his desire to block popular, elected individuals and decisions via undemocratic means.

“There’s confusion, isn’t there, between populism and parliamentary democracy,” he told the Radio Times, one of Britain’s widest-read and oldest magazines. “I mean, that’s why we’re in the mess we are with Brexit, is it not?”

“Do we really want to live by this kind of referendum?” he asked of the European Union (EU) plebiscite. 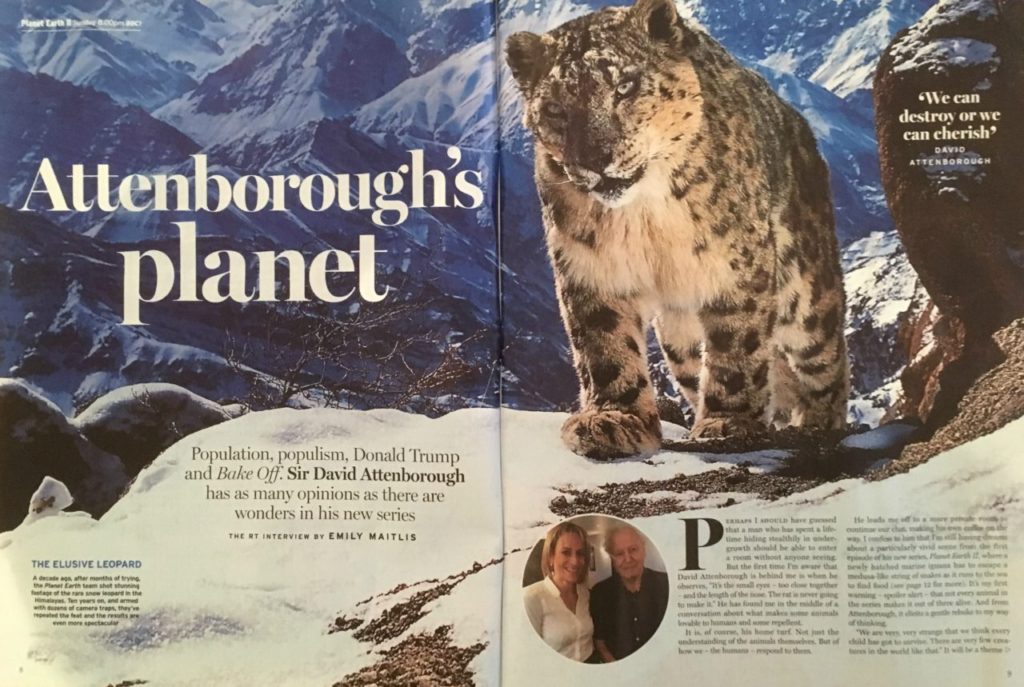 “What we mean by parliamentary democracy is surely that we find someone we respect who we think is probably wiser than we are, who is prepared to take the responsibility of pondering difficult things and then trust him – or her – to vote on our behalf,” Sir David continued.

Linking the Brexit vote and the rise of Trump, Sir David was not “scared to call it xenophobia” driven by a “primordial fear”, it was reported.

He then described, with sympathy and understanding, the popular fear of mass migration and rapid cultural changed driven by globalisation, before dismissing such worries as just “what it is”.

“It’s very easy, as we all know, to be very tolerant of minorities until they become majorities and you find yourself a minority. It’s easy to say… ‘Oh yes, these lovely people – I love the way they wear such interesting costumes [he giggles].

“That’s fine until some day you find that they’re actually telling you what to do and that they’ve actually taken over the town council and what you thought was your home isn’t.”

Donald Trump may not be the only person Sir David believes would be better off dead. As a patron of the Population Matters, the veteran climate change alarmist is a subscriber to an organisation which in 2011 stated their goal of reducing the global population to a “sustainable” 5.1 billion. The present population is presently an estimated 7.4 billion.

Speaking in support of the aims of the group in 2012, the television personality said: “I can’t think of a single problem that wouldn’t be easier to solve if there were less people”.