In other decisions, Romania was punished for a firework thrown at Poland striker Robert Lewandowski, Greece was fined for a fan banner against Bosnia-Herzegovina which referred to the Srebrenica massacre, and Chile was sanctioned again because of the anti-gay slurs chanted by its fans. 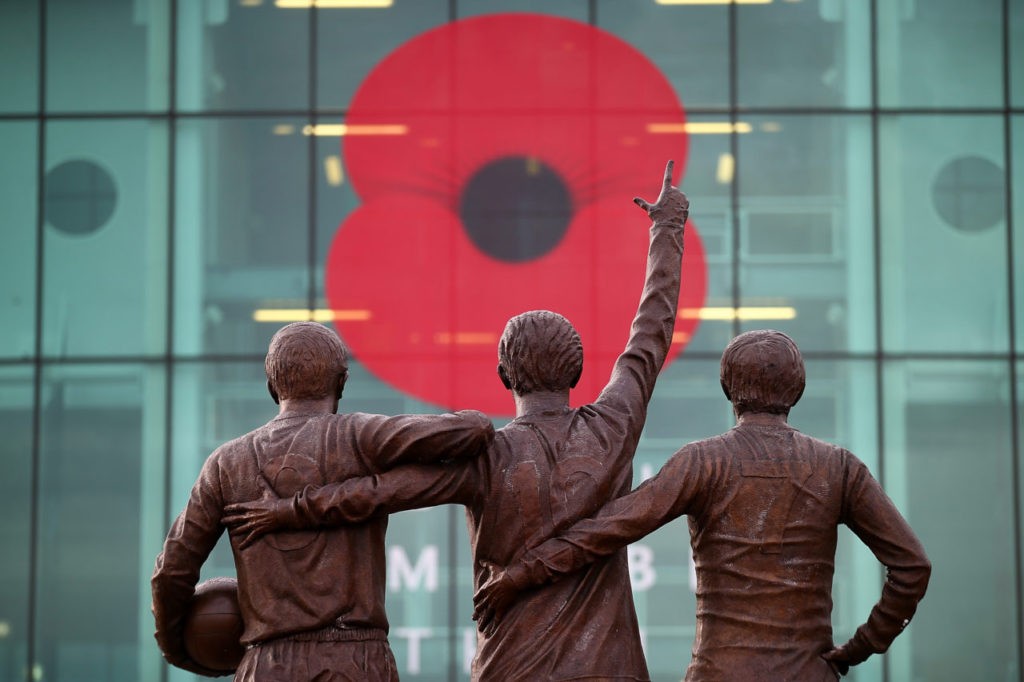 MANCHESTER, ENGLAND – NOVEMBER 08: General View of a giant poppy on the front of the stadium overlooked by the statues of Sir Bobby Charlton, Denis Law and George Best in honour of Remembrance Sunday prior to the Barclays Premier League match between Manchester United and Crystal Palace at Old Trafford on November 8, 2014 in Manchester, England. (Photo by Clive Rose/Getty Images)

England and Scotland defied FIFA advice against the use of political, religious or personal symbols and wore black armbands embroidered with poppies.

A pre-match ceremony also commemorated British soldiers on the anniversary of the World War I armistice.

Wales and Northern Ireland then followed with similar displays at their home World Cup qualifiers the following day.

“With these decisions, it is not our intention to judge or question specific commemorations as we fully respect the significance of such moments in the respective countries, each one of them with its own history and background,” FIFA disciplinary panel chairman Claudio Sulser said in a statement.

“However, keeping in mind that the rules need to be applied in a neutral and fair manner across FIFA’s 211 member associations, the display, among others, of any political or religious symbol is strictly prohibited.”

England’s fine is the same as that imposed on Iran last month in a similar case. Religious ceremonies were conducted before Iran hosted South Korea in a World Cup qualifier in Tehran. 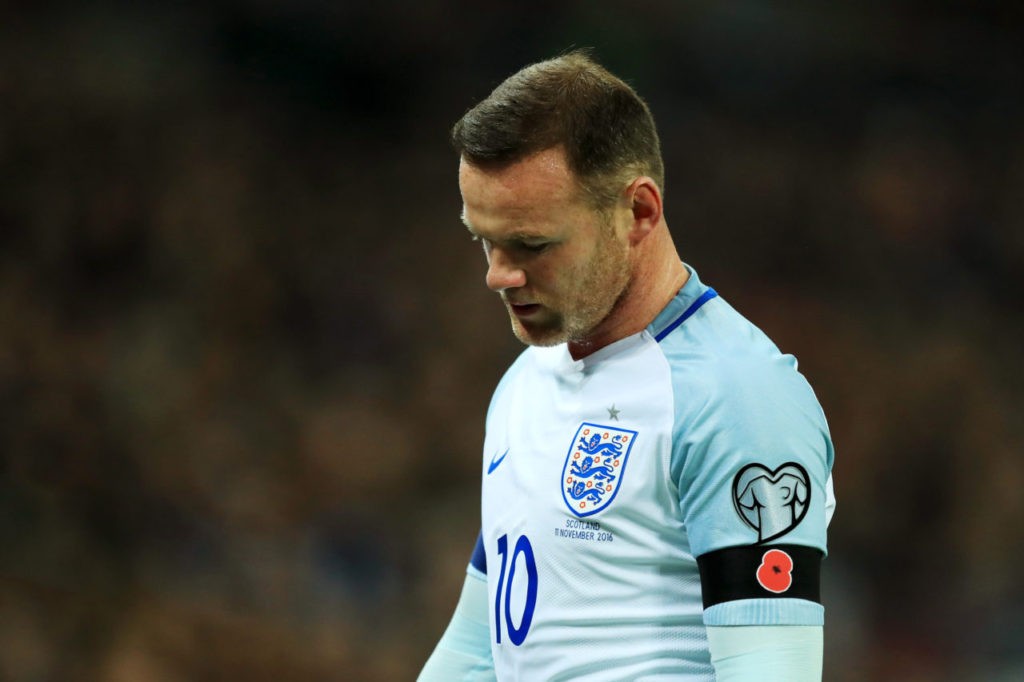 With FIFA seeking to clarify its rules last month, it also prosecuted a retroactive case against Ireland for a political symbol on players’ shirts at a friendly match seven months earlier.

The March 25 game in Dublin against Switzerland commemorated the 1916 Easter Rising of Ireland’s rebellion against British rule.

The Romanian federation was fined 95,000 Swiss francs ($92,500) and barred from using the National Stadium in Bucharest for a World Cup qualifier against Denmark on March 26.

A firework exploded close to Lewandowski’s feet as Poland prepared to defend a second-half corner during a 3-0 win in Bucharest on Nov. 11. The match was stopped for several minutes, and the Bayern Munich forward returned after treatment and scored two late goals.

FIFA fined the Greek federation 80,000 Swiss francs ($77,800) for several incidents during a home qualifier against Bosnia last month, including the offensive banner.

The slogan “Noz, zica, Srebrenica” (“Knife, wire, Srebrenica” in Serbian) was displayed by Greek fans, which have traditional ties with Serbia because of their shared Orthodox religion.

In 1995, more than 8,000 Bosnian Muslim men and boys were killed in Srebrenica by ethnic Serb forces during a four-year war after the break-up of Yugoslavia.

After the incident last month, the Greek soccer federation apologized and condemned the “unacceptable posting of a banner with fascist content.”

FIFA also imposed a fine of 60,000 Swiss francs ($58,400) on Ukraine for fans’ offensive chants during a friendly against Serbia in Kharkiv last month.

Anti-gay slurs have been an issue FIFA has tackled across Latin America, and Chile now cannot use its national stadium in Santiago for its next two World Cup qualifiers. Chile was also was fined 30,000 Swiss francs ($29,200).