An undercover journalist who posed as a migrant in 35 German refugee shelters has said the facilities are a “breeding ground for salafists and terrorists” and migrants can easily register multiple times to cheat the system and receive handouts.

Pakistan-born journalist Shams ul-Haq arrived in Germany 26 years ago as an unaccompanied minor. To investigate the country’s asylum system today, he grew a beard and wore old clothes to go undercover.

One of the places he stayed in was the infamous Tempelhof Airport hangar, where sexual assault among migrants have been reported and conditions criticised.

He said he was shown pictures of people posing with weapons in Syria there, and met one migrant who claimed to have fought for the terrorist group al-Nusra in Syria, who were once affiliated to Al Qaeda.

He told Germany’s Morgen Post that “this is the largest refugee home in Germany, and there is an incredible amount of problems”, describing the grim conditions. 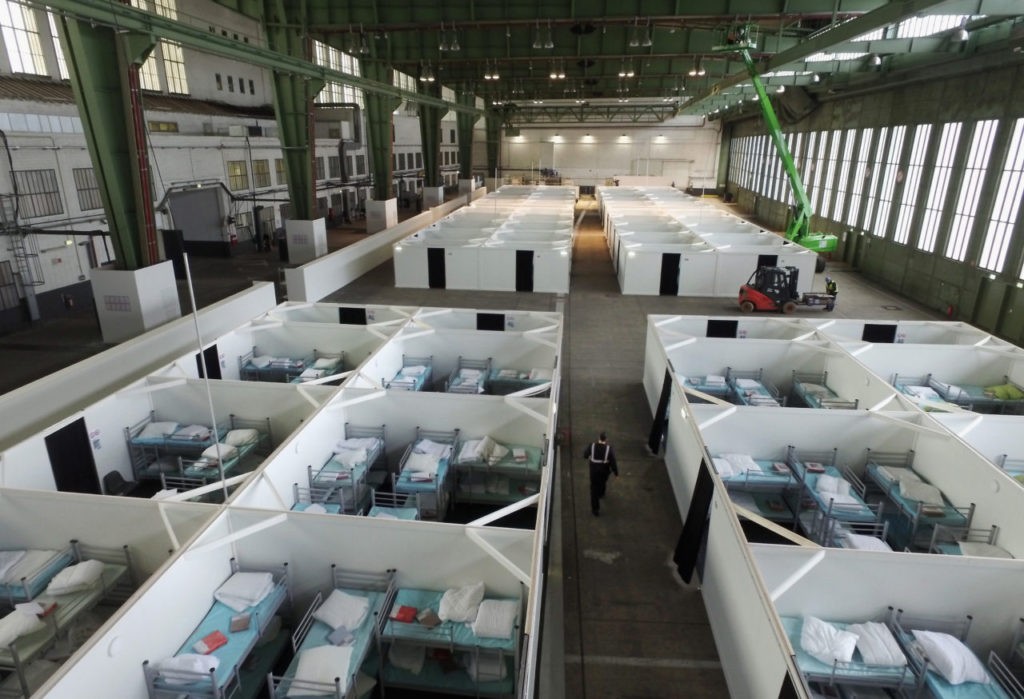 He continued: “In addition, many people from different countries live together, which leads to conflicts and struggles.

“The worst thing is that people have nothing to do. They hang around all day without any occupation. Some of them get into mischief.

“Refugee camps are a breeding ground for salafists and terrorists. Sometimes it is said that Germany was importing terrorists. When in fact we breed them ourselves.

“There are appeals from Salafists. They shave off their beards and offer help to relief organisations.

“I noticed that myself. Then they talk to the refugees, invite them to dinner, and take them to a mosque marked by Salafists. In Berlin, for example, this is the Al-Nur-Mosque in Neukölln. This is how refugees fall in the wrong hands. 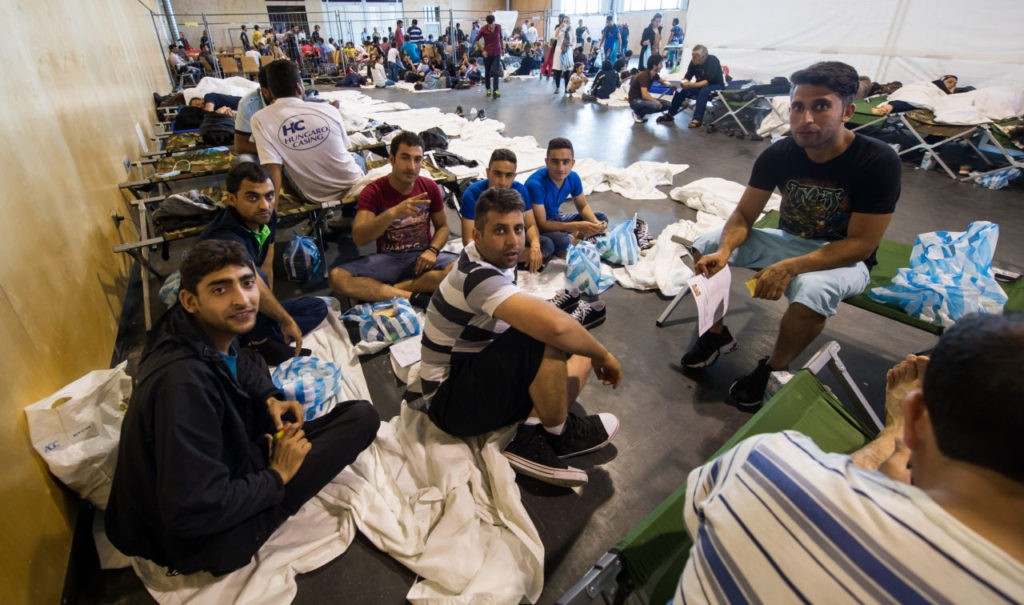 Refugees from Afghanistan who arrived in Germany by crossing the nearby Austrian border wait in the relaxation zone after being registered at the X-Point Halle initial registration center of the German federal police (Bundespolizei) on July 15, 2015 near Passau, Germany. (Joerg Koch/Getty Images)

Mr. Shams ul-Haq also worries that migrants are taking advantage of Germany’s generous migration policy and welfare system, since more that 2 million “foreigners” have arrived since 2015.

During his investigation, he used ten different identities and visited around 35 different facilities. He claimed the system of logging migrants and asylum seekers with their finger prints “does not work”.

“I know employees from the Federal Office for Migration and Refugees and the Federal Criminal Police Office who tell me that it has not worked so far”, he said.

Adding: “In my case, no one noticed any of my double registrations, although I had to give fingerprints in some cases.”

Concluding, he said: “A year ago nobody believed me when I told them what was going on. But I think the taxpayers have a right to know.

“It is a good thing that Germany was so compassionate and accepted them. But some abuse this generosity and I believe it is right to educate people about it.