Gloucester Cathedral has provoked controversy by hosting an event featuring the Islamic call to prayer, as well as Buddhist chanting, Rasta drumming, and a Pagan rock band in an event just days after a Scottish cathedral was criticised by hosting Muslim prayers denying the divinity of Jesus Christ.

The ‘Faith’ exhibition by artist Russell Haine, held inside the Christian monument, features 37 portraits of individuals from different belief systems, including Zoroastrians, Druids, Witches, Pagans, and Baha’i, as well as all the major world religions.

The Islamic call to prayer — which states that Muhammed is Allah’s prophet, a teaching incompatible with Christianity — was performed at the launch of the exhibition, by local Imam Hassan of Masjid-e-Noor Mosque.

Reverend Ruth Fitter, vicar of St. Paul and Stephen Church, who helped arrange the event, said the call was “absolutely beautiful” and encouraged Christians to embrace all religions rather than spread the gospel in any way.

“We live in a world that is becoming more and more polarised by people who claim to have the truth. No one has any proof of God – that’s what faith is about,” she told Gloucestershire Live.

“I happen to believe in Jesus Christ as the Son of God who came to dwell with me and save me from my sins. That doesn’t mean I expect others to change their faith or believe wholeheartedly.

“It does mean, however, that I hope they will offer me the same respect as I seek to offer them. And let’s face it there is a significant shortage of love between people in our world. We need all that we can get.

“My parish is made up of such an eclectic diverse population and is, therefore, a beautiful image of God’s creation in my view. Every single person is made in his image and loved by Him.

“At the end of the day, we really make God very small if we think he cares about us fighting the corner for Him. Don’t you think He can do that for himself?” 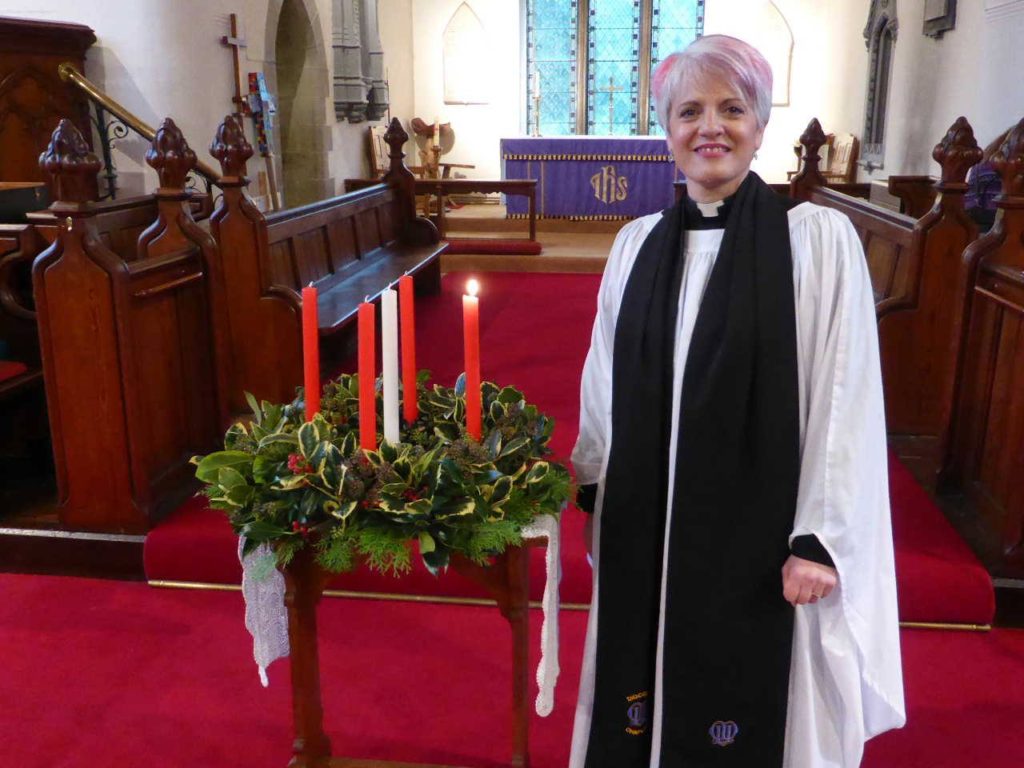 However, when a video of the Islamic call to prayer was shared on the Cathedral’s Facebook page, not everyone agreed with the vicar, and the post was deleted after it attracted a number of negative comments.

One post, written by Isabel Farmer, said: “It’s wonderful to be multicultural, but faith is set apart. We are never to worship other Gods in a house built for our saviour.

“My ancestors built this cathedral and to allow a practising Muslim pray to another God is insanely naive. What did you think it would do? Encourage them to convert?

“This is why England is on the down slide. Culture and Race have nothing to do with the first commandment as God made all races and he cares about souls only.

“Stand firm Christians. Bring people to the faith by telling them the truth. God is the same yesterday, today, forever, so stop with the multicultural appeal and open a history book and a Bible for yourself.”

The controversy follows an incident at Glasgow Cathedral last week when a verse from Quran was read out denying the divinity of Christ during a so-called “multi-faith” event.

The Queen’s chaplain spoke out against the event, insisting the cathedral should apologise to Christians “suffering dreadful persecution at the hands of Muslims”.