Every migrant entering Hungary, as well as those already in existing facilities, will now be housed in shipping containers on the border while their asylum requests are settled.

“People’s freedom of movement will be removed, they will be able to stay only in a place designated for them,” Prime Minister Viktor Orbán’s chief of staff, János Lázár, told AFP.

“This place will be the state border, where containers suitable for accommodating 200-300 people will be erected. Migrants will have to wait there for a legally binding decision on their claims”, he added.

He explained that a total of 586 migrants in open and closed camps elsewhere in the country will gradually be transferred to the new sites, and they will be able to take part in court proceedings via telecommunications equipment that will be provided in the camps.

During the height of the migrant crisis, many passed through numerous safe countries ignoring the Dublin accord and requests to stay put as their cases were assessed as they wished to travel to the wealthy welfare economies of northern Europe. 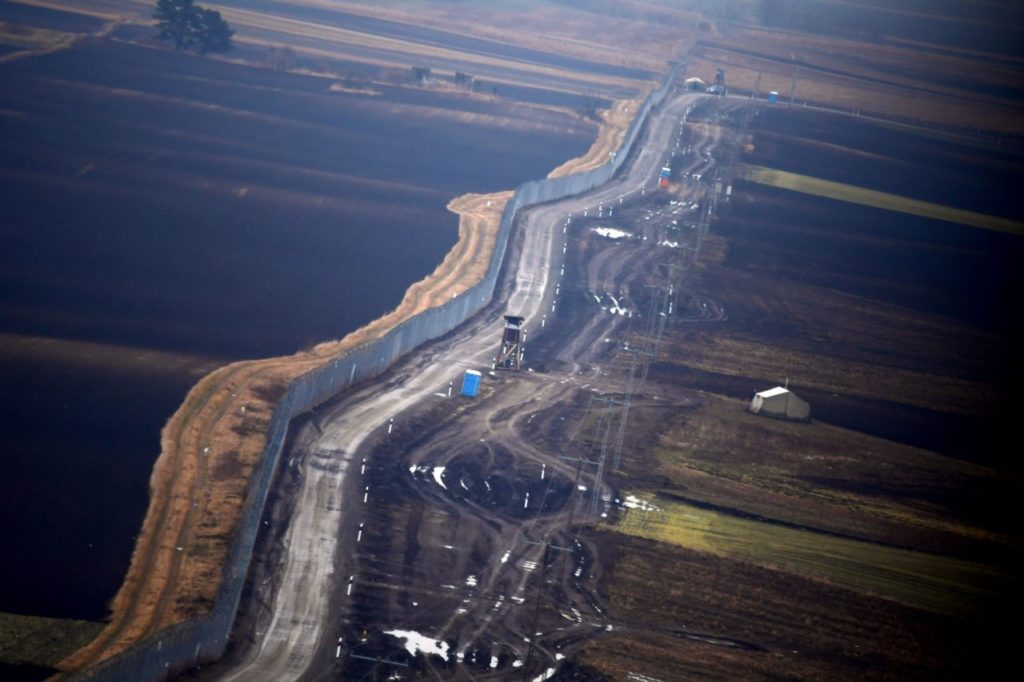 An aerial view shows the border fence near the Hungarian-Serbian border at Kelebia village on February 7, 2017. (ATTILA KISBENEDEK/AFP/Getty)

The Hungarian Helsinki Committee, a Budapest-based migrants rights group, are already vowing to sue Hungary at the European Court of Justice in every case where migrants were “illegally” kept in custody.

“Automatic detention of all asylum seekers from the start until the end of the asylum procedure is a flagrant and clear breach of EU law and human rights standards,” a spokesman told AFP.

“In addition, the indefinite detention of many vulnerable migrants, including families with small children, is cruel and inhuman,” they added.

The shipping container development follows the news, announced Wednesday, that any migrant detained anywhere in Hungary without proper documents will be sent back across the border.

“We need a legal system that protects us. This is a very serious change,” Mr. Lázár told AP earlier this week as he announced the tough new measures.

“We expect debates with the European Commission and other organizations”, he added, predicting resistance and opposition from European Union officials.

For some time in Hungary, any migrants detained within five miles of the border has been sent back across the new fences on the country’s southern borders with Serbia and Croatia.