Yucel, 43, who was detained in Istanbul on Feb. 14 over his reports in German daily Welt about a hacker attack on the email account of Turkey’s energy minister, wrote defiantly in Welt on Thursday that “even though they robbed my freedom, their interrogations and reasoning still make me laugh.”

Yucel, who has both German and Turkish citizenship, was jailed Monday pending a trial on charges of terrorist propaganda and inciting hatred. On Wednesday he was taken to a prison in Silivri, 80 kilometers (50 miles) west of Istanbul. 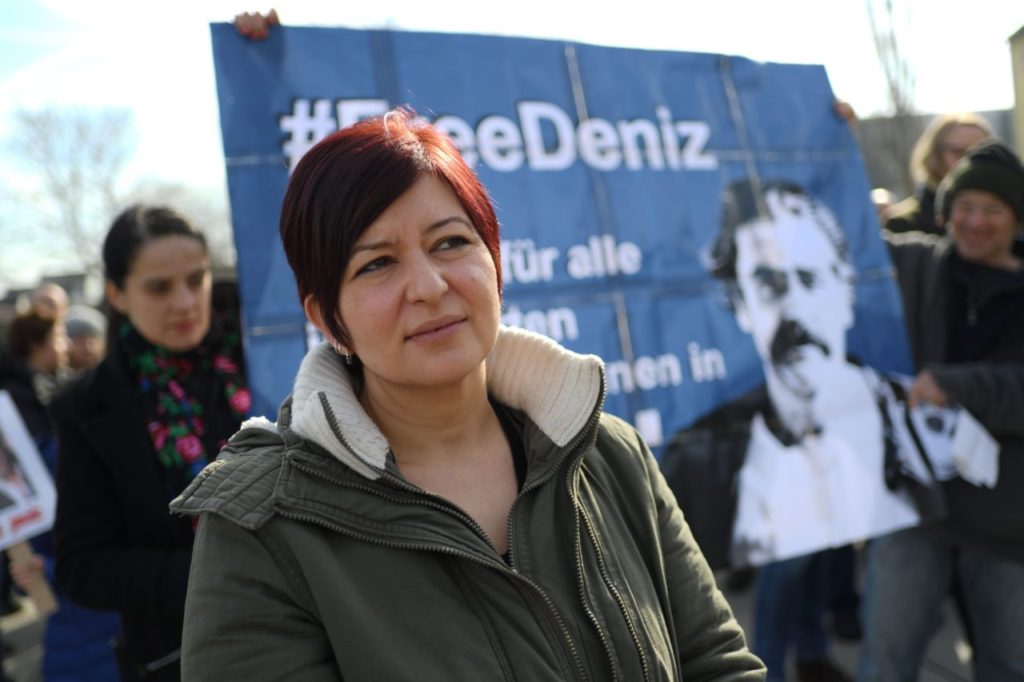 Ilkay Yucel (L), the sister of journalist Deniz Yucel detained in Turkey, takes part in a protest in support of her brother on February 25, 2017 in Floersheim near Frankfurt am Main, western Germany. (ANDREAS ARNOLD/AFP/Getty)