Hundreds of “Asians” took to the streets of Paris Wednesday night to protest police brutality after a Chinese citizen was shot to death at his home in front of his family during a police raid.

Protesters dragged barricades across streets in central Paris and hurled projectiles at police officers in the third continuous night of protests over the death of 56-year-old Shaoyo Liu. The Chinese male’s apartment was raided by police after the force received reports of a domestic disturbance and a man with a knife.

While police say the man attacked them with scissors when they broke down the door of his apartment, his daughter has refuted the claim, insisting he had been cooking for the family when the police stormed in. 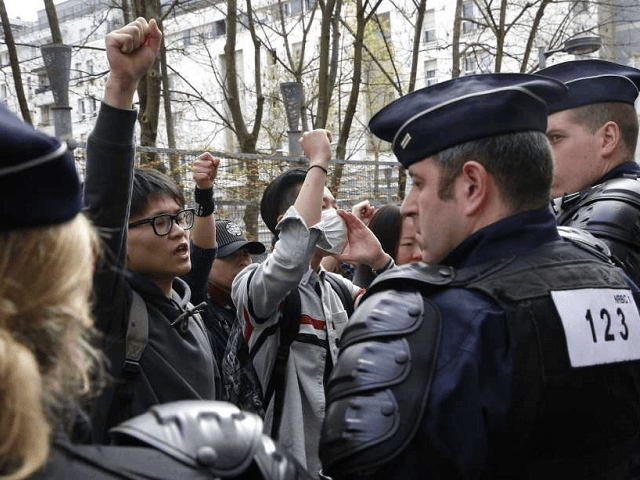 As reported by Breitbart London throughout the week, cars have been burned and heavily armoured riot police have clashed with those protesting the killing. A protest outside a police station on Monday night saw a police car burnt out after a molotov cocktail was thrown through a smashed window, and there have been dozens of arrests.

The police killing of the man and protests following it come among continued unrest in Parisian suburbs over the claimed sexual assault of a young man in custody with a police truncheon. Daily protests demanding ‘Justice for Theo’ in the north-east of the city have regularly transformed into relentless violence at night with cars burnt, arson attacks launched against public buildings including a school, and police attacked.

Paris has seen near continuous anti-police protests reaching from the suburbs into the centre for approaching two months.

France24 reports the Chinese Foreign Ministry summoned a representative from the French Embassy on Tuesday for answers, and to order the French government to make a full investigation into the circumstances of the shooting. Calling for calm in Paris, Beijing made clear its desire for France to “guarantee the safety and legal rights and interests of Chinese citizens in France”, and asked its own citizens to make their demands “in a lawful and reasonable way”. 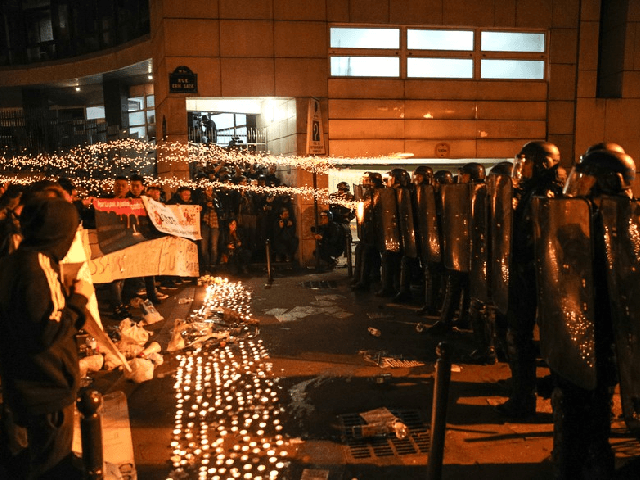 Fireworks are launched into police lines during protests this week / AFP

Chinese are one of the largest non-European groups in France, making up some two million out of France’s 66 million total, yet they are not a high-profile migrant group and are often over-looked in media reports about migrants in the country.

Explaining the prevalence of anti-Chinese racism in France from not the French themselves but other migrant communities, University of Paris academic and Chinese expert Pierre Picquart is reported by France24 as saying: “Chinese are victims of racist attitudes in France, especially from other ethnic groups… They are targets for crime because they often carry cash and many don’t have residence permits, so can be threatened easily. They’re angry with police for not protecting them enough.

“Chinese people do not like to protest or express themselves publicly, so when we see them like this, it means they are very, very angry. They’ve had enough of discrimination.”