At a summit in Warsaw, Poland, leaders of the Central European Visegrad Group have said they will not yield to “blackmail” from the European Union (EU) over the forced redistribution of asylum seekers.

Leaders from Poland, Hungary, Slovakia, and the Czech Republic met Tuesday in the Polish capital where the country’s Prime Minister Beata Szydło slammed EU migration commissioner Dimitris Avramopoulos for telling the bloc’s interior ministers there should be “no more excuses” and “no more talk about relocation, but delivery”, reports Radio Poland.

During an official visit to Warsaw last week, the migration commissioner said all EU member states should “respond positively to their commitments”, adding that non-compliance would force the European Commission “to take some measures”.

Prime Minister Szydło responded, saying: “The Visegrad group, including Poland, will never agree to blackmail and will not agree to such terms being dictated to them.” 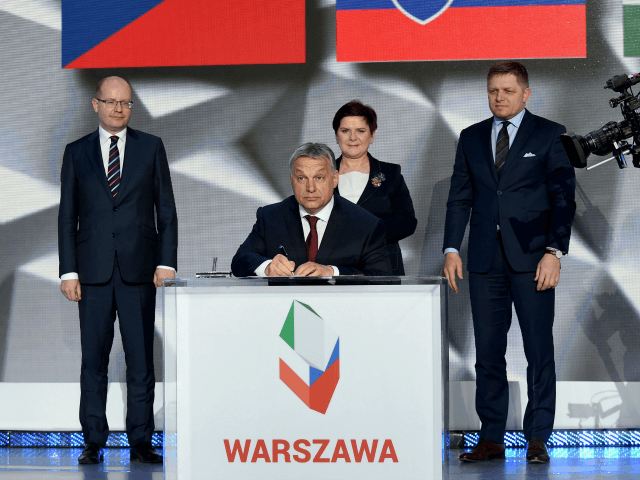 Poland’s Deputy Prime Minister Jarosław Gowin backed Szydło’s statements at the summit saying Avramopoulos “did not notice that the government in Poland has changed”.

The Eurosceptic, conservative Law and Justice Party (PiS), which became the first in the post-1989 era to win a mandate to govern the country unilaterally in 2015, has been a vocal opponent of the EU’s plans to force other member states to accept migrants from the Middle East and Africa who entered the bloc during the migrant crisis.

“Resolving the problem is based on eliminating the source of the problem, that is bringing peace to the Middle East,” Gowin said.

Poland’s position was joined by Slovak Prime Minister Robert Fico who said it was “blackmail” to tie EU funding to migration policy.

The EU planned to redistribute 160,000 migrants from camps in Italy and Greece across the bloc. Hungary, Poland, and Austria have refused to participate in the relocation scheme. The Czech Republic, Slovakia, Bulgaria, and Croatia are accepting migrants on a “very limited basis”.

Britain, which can opt out of parts of EU asylum policy, has chosen not to participate. 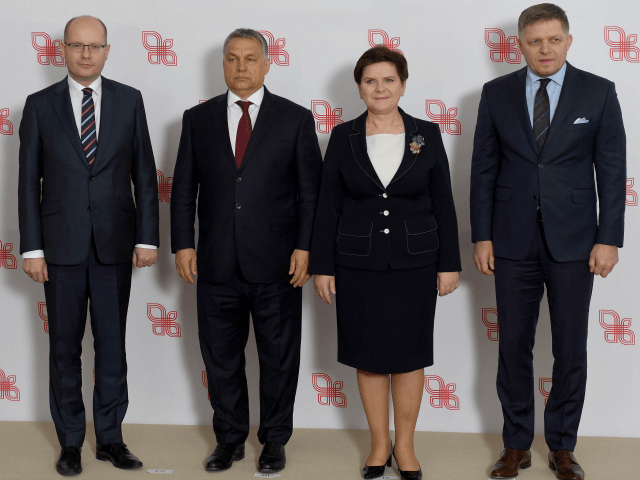 Last week, Hungary refused to accept 5,000 migrants from Sweden who had originally registered for asylum in Hungary before travelling to the wealthier Nordic nation.

Swedish Immigration and Justice Minister Morgan Johansson met with Avramopoulos in Brussels Monday to discuss the issue. Johansson claims the EU Commission had a “duty” to open a case against Hungary for infringement of the Dublin agreement.

Hungarian Prime Minister Viktor Orbán has been at the forefront of the push-back against the EU’s migrant policies, receiving overwhelming support from the Hungarian people.

Since the beginning of the year, Mr. Orbán has committed to building a second fence along the border with Serbia, which saw thousands of migrant crossings a day during the height of the migrant crisis, hiring 3,000 new border guards, and the construction of two container villages to house asylum seekers whilst their claims are being processed to prevent them travelling to other countries.

“We are able to halt any wave of migration, no matter its size,” Orbán said, adding that Hungary’s new asylum laws served to protect EU citizens.