All Americans must roundly condemn recent statements by Jean-Claude Juncker, President of the European Commission.

Anyone attuned to world affairs will realize that his statement at the European People’s Party congress in Malta, where he declared that President Trump’s “support for Brexit” was grounds to call for Ohio to be independent and Texas to leave the United States is ludicrous. There are a number of problems with this perspective that illustrate the faulty paradigm currently infecting EU institutions and the people who populate their ranks.

While Texas and Ohio are states bound into the United States under the Constitution, the United Kingdom is a sovereign and independent nation-state, with a membership in an intergovernmental organization (the European Union) they wish to rescind.

A sitting British Prime Minister ran for re-election promising a referendum on membership in the EU and won a majority in his country’s parliament. David Cameron chose to keep his promise, put the decision to a referendum, and the result has been decided.

It is a fait accompli. There are no longer pro- and anti- Brexit camps – it is no longer up for discussion. 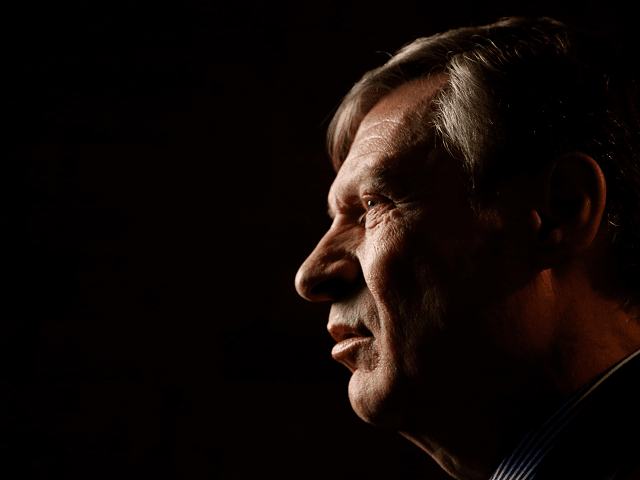 The United States cannot see the Brexit negotiations in the adversarial lens that many Europeans insist on imposing on it. They are a sovereign, democratic country with the freedom to decide which road they wish to lead their country down in the future. The European Union is not a cohesive sovereign state. These are matters of fact, not politics.

It is not appropriate for sovereign countries to tell each other what to do. For this reason, President Trump’s position on Brexit – wishing our allies the best – is sound. Regrettable as the development may be for the other member states of the European Union, the acrimoniousness surrounding the debate at the moment is worrying and should be toned down.

It is the height of irony that figures such as Juncker are now questioning American Leadership in our defense of Democracy while they object to the result of a democratic exercise like the Brexit Referendum. Democracy is messy and often disappoints – disagreeing with the result of a democratic contest is no reason to object to democracy itself. Sadly, many of the complaints about Brexit skew dangerously closely to questions about the process: who was allowed to vote, turnout figures and how much the margin of victory was.

For better or worse the question has been decided. It is nonsensical to try to dismantle the process and result it has given us. The United States does not presume to tell any of the remaining 27 EU states whether or not they should remain in the club, but we do extend out the same guarantees as we always will: America will defend democracy where it exists.

The alarmism surrounding Britain’s exit has reached proportions unworthy of calm, thinking people. The defense guarantee of NATO, and the friendly relations reserved for systems of government similar to the United States will remain intact for the United Kingdom. It is unfortunately a political imperative for federalist-leaning politicians and groups to cast doubt on any and all objections to their project.

Transforming the current international organization known as the European Union into a proper sovereign entity is the declared aim of many figures in the European institutions. This is not objectionable in itself, but it remains to be seen whether it can garner democratic support as an idea among the countries they wish to turn into sub-sovereign entities. The United States is, of course neutral to this debate.

We assume President Juncker spoke in jest, as the case of a US state is not analogous to that of a sovereign entity such as the United Kingdom, or his own native Luxembourg. President Juncker is undoubtedly aware of this.

Secession is an extremely sensitive topic in the US. 620,000 American soldiers died on either side, Union and Confederate alike. The Civil War remains the most lethal conflict in American history. It is beneath Mr. Juncker to allude to such a tragedy so lightly. He should know better.

President Abraham Lincoln, who had the unenviable task of leading a divided nation into war against its own countrymen once said: “A house divided against itself cannot stand.” Western Civilization and those who represent and cherish it will surely preserve the values and freedoms it affords to the common humanity it governs over. If only we can avoid the vile use of each other for political purposes.

Theodore Roosevelt Malloch is a scholar, diplomat, strategist who has been tipped as a potential US ambassador to the European Union by the Trump Administration.