German newspaper editor Jakob Augstein, who has been identified as an anti-Semite by some groups in the past, wrote that Muslims in Germany who attended an anti-terror protest in Cologne are “Uncle Toms”.

Mr. Augstein wrote that the Muslims in Germany were being “told” by the German government to demonstrate against Islamic State terrorism. Those who showed up to the failed Cologne anti-terror march over the weekend were doing the bidding of their “German overseers”, he wrote in a column for Der Spiegel.

10,000 demonstrators were hoped for over the weekend in the Cologne anti-terror march, but fewer than 2,000 turned up. To Augstein, the son of the founder of Der Spiegel Rudolf Augstein, those who attended were “Uncle Tom Turks”.

Augstein described an “Uncle Tom Turk” as: “One who always does what is expected of him. It used to be: Ali, clean the toilet. Aische, wipe the ass of Grandpa. Today it is said: Ali and Aische, attend the anti-terrorist demo. And if not, then we are very, very disappointed.” 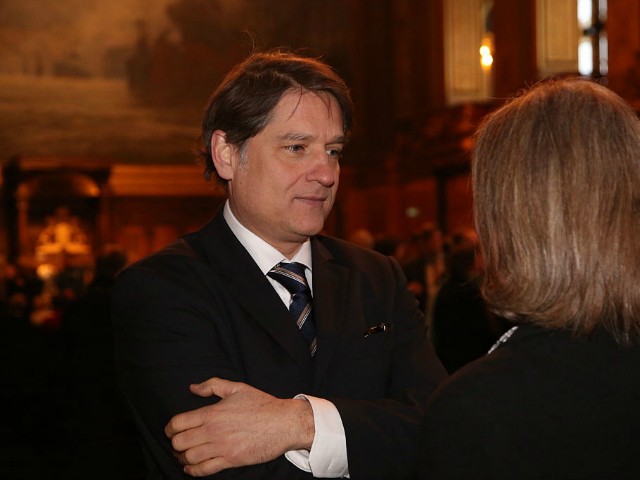 HAMBURG, GERMANY – JANUARY 06: Journalist and publisher Jakob Augstein attends the reception for the 70th anniversary of ‘DER SPIEGEL’ at the town hall in Hamburg, Germany / Photo by Markus Hibbeler/Getty Images

Siding with the German Muslim organisation DITIB, who were suspected of spying on Turks in Germany on behalf of the Turkish government, Augstein said anti-terror demonstrations “stigmatise” Muslims.

He claimed even if Muslims turned up for anti-terror demonstrations, ethnic Germans would not accept them. Augstein claims that terrorism is purely political and social, with no religious element at all.

“Just because terrorists justify their crimes with Islam, there is still no special obligation for people of Muslim faith to distance themselves from these crimes,” he wrote adding: “If I were a Muslim, I would refuse such requests.”

Mr. Augstein is the editor of the left-wing paper Der Freitag and has a history of making controversial comments, particularly against Jews and Israel. He was slammed by the Simon Wiesenthal Centre in 2012 for various comments including comparing ultra-orthodox Jews to Islamic Jihadists.

“Jakob Augstein is not a salon anti-Semite, he’s a pure anti-Semite…an offender by conviction who only missed the opportunity to make his career with the Gestapo because he was born after the war. He certainly would have had what it takes,” Broder said.

Augstein joins a series of German journalists who have made outlandish remarks including the publishing editor of Die Zeit who said earlier this year that a “murder in the White House” would be one way to remove U.S. President Donald Trump from power.