President Donald Trump hailed the alliance between the United Kingdom and the United States at the G20 meeting in Hamburg Saturday morning, promising a significant trade deal and a future visit to London.

Meeting for an “expanded meeting” with British Prime Minister Theresa May Saturday morning, the President was full of praise for the United Kingdom and talked up a coming trade deal between the two nations. Addressing journalists present at the sit-down, President Trump said:

I’d like to thank Prime Minister May for being with us. We’ve had tremendous talks, there is no country that could possibly be closer than our countries, and have been for a long time, and I just wanted to say thank you very much.

We have been working on a trade deal which will be a very, very big deal a very powerful deal, great for both countries and I think we will have that done very, very quickly.

Prime Minister May and I have developed a very special relationship, and I think trade will be a very big factor between our two countries. 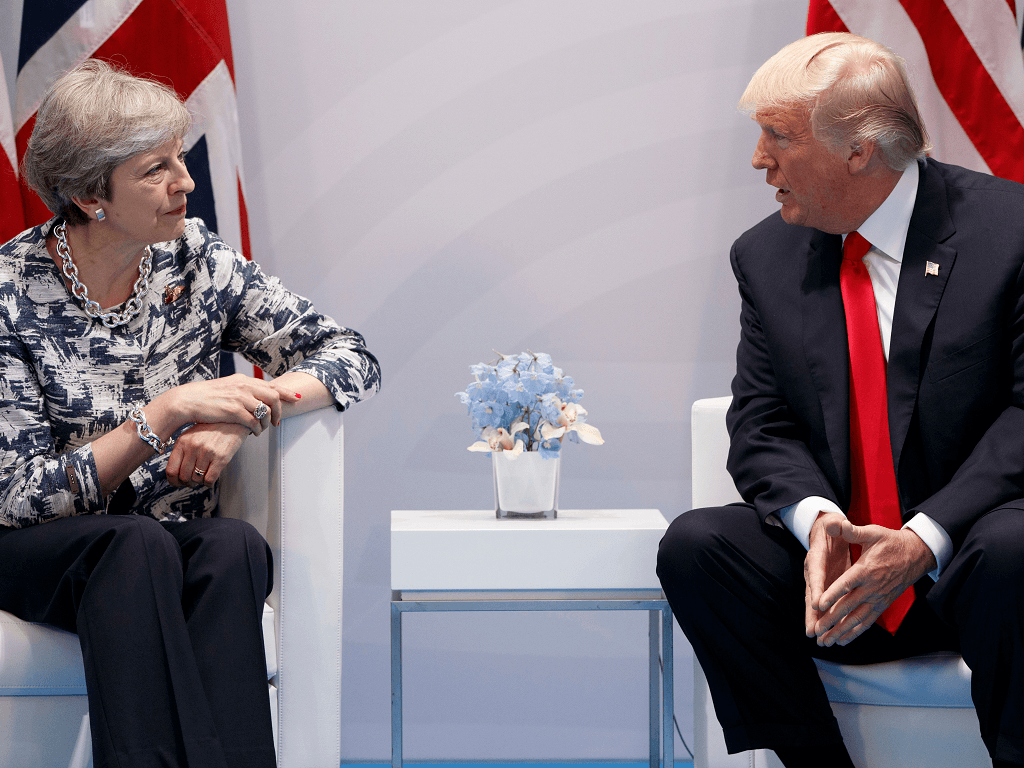 Mrs May said she was looking forward to developing the relationship with the US further, “particularly in the area of trade”, also naming other areas of cooperation such as counter-terrorism as key

The promise of a trade deal will be seen as a major boost for Prime Minister May’s flagging leadership, which has been set back by a poor snap election result wiping out her Commons majority and rumoured plots to remove her from power by her own cabinet colleagues.

In another piece of good news for the Prime Minister, the President also said that “I will be going to London, yes” in response to a press question, but stopped short of saying exactly when.

A Presidential visit to the United Kingdom was first mooted after the Prime Minister flew to see President Trump in Washington in January, the first meeting he had with a foreign leader as President. Speculation has since bubbled over when exactly that trip may happen, and whether left-leaning London could be traded for a visit to Scotland instead, where President Trump owns a golf course.

President Trump is scheduled to fly back to the United States from Hamburg Saturday evening.