European Union member states have agreed to pay 100 euros a week to new recruits in the Libyan coastguard to boost the number of officers to tackle people smuggling.

While countries agreed on the idea, some initially refused to give money for the project which would put increased pressure on people smuggling in the area, Salzburger Nachrichten reports.

Between October last year and February of this year, the EU’s Operation Sophia has trained 93 new recruits for the Libyan coastal force. In February and March, a further 20 managerial officers were also trained.

Italy has been supportive of the plan to train more personnel saying they will support 255 more recruits and Spain has pledged to support another 36. Italy has been the most impacted by the migrant flow originating from Libya as many of the migrants who are rescued by NGO ships are taken to Italy where they then attempt to claim asylum.

The Libyan government has also requested further help from the bloc in purchasing additional patrol vessels, 130 in total, and other equipment including radar systems and diving suits.

The coastguard has attempted to turn back boats heading for Italy in the past and has accused pro-migrant NGO rescue vessels of working with people smugglers. In one incident, a coastguard patrol vessel almost collided with an NGO ship which it claimed was attempting to carry out operations in Libyan territorial waters. 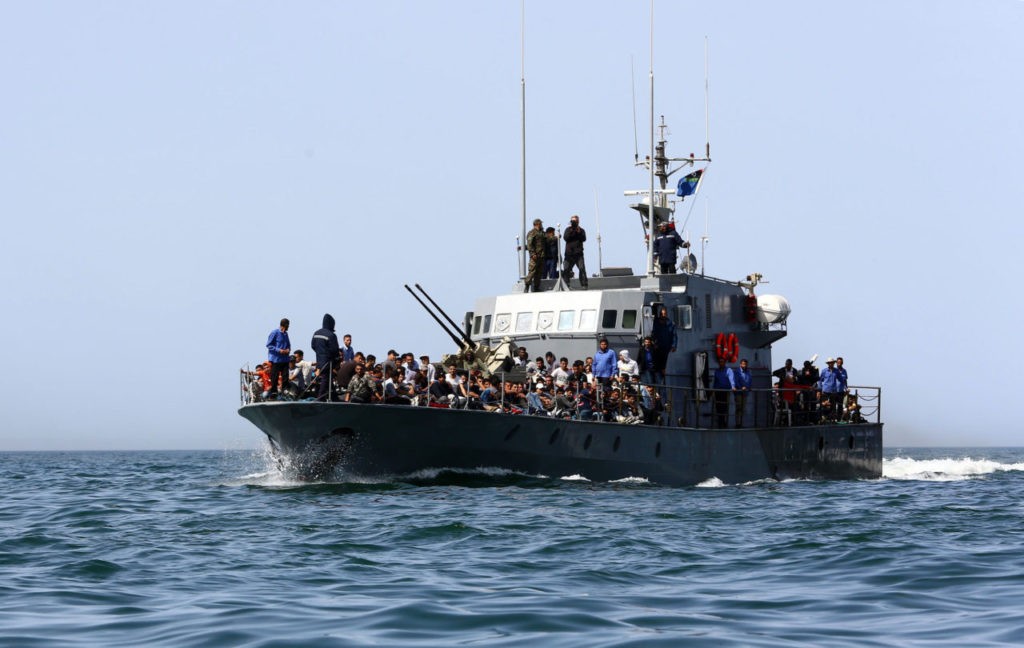 Illegal immigrants, who were rescued by the Libyan coastguard in the Mediterranean off the Libyan coast, arrive at a naval base in the capital Tripoli on May 10, 2017. Photo: MAHMUD TURKIA/AFP/Getty Images.

Tripoli coastguard spokesman Ayoub Qassem claimed shortly after the incident: “An international rescue organisation called Sea-Watch tried to hinder the work of our coastguard … in a bid to take the migrants, claiming Libya is not safe for migrants.”

The Italian Interior Minister Marco Minniti is also expected to meet with a collection of mayors from various parts of Libya this week to talk about combatting people smuggling. The parties are expected to sign an agreement which will see Italy give money to the cities to provide economic incentives to stop people becoming involved in human trafficking.

So far this year, Italy has seen tens of thousands of migrants arrive; but according to the United Nations, very few of them are legitimate refugees. The UN refugee agency (UNHCR) published a report showing that in 2016 only 2.65 per cent of migrants achieved asylum status and admitted that most migrants were driven by economic factors.