Deputy Foreign Minister Mario Giro and Senator Luigi Manconi told The Times that the government was discussing issuing migrants with temporary visas which would allow them to leave Italy and move freely through the bloc’s 26 Schengen countries.

Mr. Giro and others from the ruling Democratic Party believe Italy can exploit the little-known European Council Directive 2001/55, drafted after the Balkans conflict, to give temporary EU entry permits to ‘displaced people’ – triggering another wave of mass migration into Northern Europe.

“Letting migrants travel once they reach Italy would create a real problem for our EU neighbours. But I hope it would force France to confront the migrant problem head on,” the government minister said. 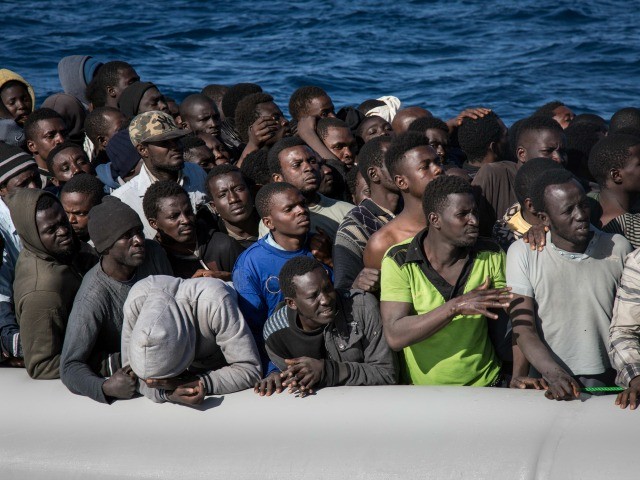 Migrants wait to board the MV Aquarius, after 193 people and two corpses were recovered Friday, Jan. 13, 2017, from international waters in the Mediterranean Sea about 22 miles north of Sabrata, Libya. The MV Aquarius search and rescue vessel operated by MSF and SOS Mediterranee picked up 183 male and 10 female migrants, thought to have originated from African countries including Nigeria, Gambia and Senegal. The migrants are expected to disembark in Italy. (AP Photo/Sima Diab)

In 2015, at the height of the migrant crisis, the EU pledged to redistribute 160,000 African and Middle Eastern migrants based in Italy and Greece to other EU member-states signed up to the bloc’s common asylum policy – but as of June 9th, 2017, only 6,896 migrants have been relocated from Italy.

Countries such a Viségrad nations Poland, Hungary, and Slovakia are defying the supranational bloc and refusing the forced migrant distribution on grounds of culture and national security.

Mattia Toaldo, a senior analyst at the European Council on Foreign Relations, said: “If migrants continue to arrive and Italy decides to give them papers to cross borders and leave Italy it would be a nuclear option. Italians have lost any hope of getting help from the EU and may say, ‘If you won’t make it a common challenge, we will’.”

Giro told the newspaper:  “We’d rather not use unilateral methods though, because the resulting dispute could wreck the Schengen treaty.”

Directive 55 offers EU member-states “exceptional” measures to offer “immediate temporary protection” in the EU to ‘displaced people’, but requires approval from other members and is likely to face opposition. 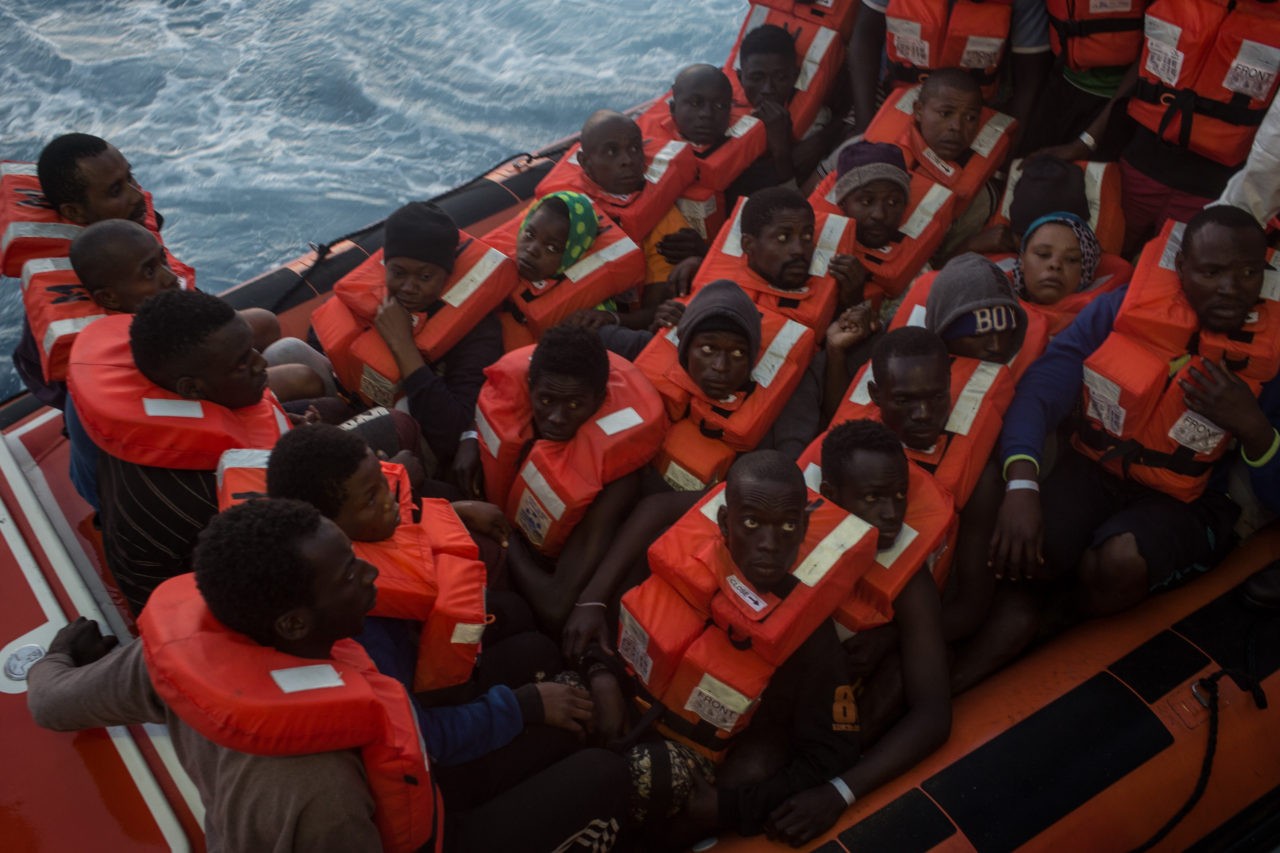 LAMPEDUSA, ITALY – JUNE 10: Refugees and migrants wait to be transfered onboard the Migrant Offshore Aid Station (MOAS) Phoenix vessel after being rescued at sea earlier in the day on June 10, 2017 off Lampedusa, Italy. (Photo by Chris McGrath/Getty Images)

However, the foreign minister said the Italian government was discussing a second option last used by then-Prime Minister Silvio Berlusconi at the beginning of the Arab Spring.

In 2011, Italy invoked Article 20 of its Bossi-Fini law which allowed it to hand temporary “humanitarian” visas to the thousands of Tunisians who illegally crossed the sea to Italy.

More than 100,000 migrants crossed the Mediterranean Sea in the first six months of 2017.  Italy has overtaken Greece to become the main point of entry to Europe in the ongoing migrant crisis, with welcome centres in a state of near-collapse after 13,500 arrived in a 48-hour period at the end of June.

Italy has threatened to seize NGO migrant rescue boats and close her ports entirely unless the pro-open borders charities which operate them abide by a new search and rescue code of conduct.

In response to Italy’s mounting crisis, the EU is planning to transport migrants to Europe directly from North Africa and for EU members to resettle them. Brussels expects the United Kingdom to engage in the programme and “volunteer” to accept a quota migrants, despite its vote to leave the bloc in June 2016.