France’s only Islamic deradicalisation centre is shutting its doors permanently after less than half of the places in the programme were filled.

The radicalisation of young Muslims is a growing problem in France and other European countries. The French Interior ministry came up with a plan to “deradicalise” those who had fallen into the radical Islamist scene by setting up a “jihadi-rehab” centre, officially named the “Centre for Prevention, Reintegration, and Citizenship” in Beaumont-en-Véron last year.

The French Interior Ministry has just announced that the centre will close due to a lack of voluntary participation saying that they could only fill nine of the 25 places available L’Express reports.

Of the nine individuals who did volunteer to take part in the programme, none actually completed the course.

Minister of the Interior, Gérard Collomb said Friday, “Despite the competence, determination and investment of the staff of the centre, who have demonstrated their know-how to ensure the multidisciplinary care of the beneficiaries, the experiment has not been conclusive.”

Collomb said that the ministry has ordered an immediate repurpose of the centre but said the government would continue to pursue a programme of deradicalisation but likely on a much smaller scale.

The centre was totally voluntary and did not house any Islamists who were considered dangerous as anyone who had committed violent acts was not allowed to apply.

The centre courted controversy in January of this year when it was revealed that one of the first residents, a young man named Mustafa S. was arrested on terror charges and was suspected of wanting to travel to Syria in 2016 to join Islamist groups.

The closure of the facility will likely be welcome news for local residents who reacted negatively to the announcement of it last year. Many expressed outrage saying the centre could put their small town in danger.

Radicalisation in France is a growing problem, especially in heavily-migrant populated suburbs like those outside Paris. French Islamic expert Gilles Kepel told Breitbart London in May that the current Islamist current in France originated in the Paris suburbs, particularly after the notorious riots in 2005. 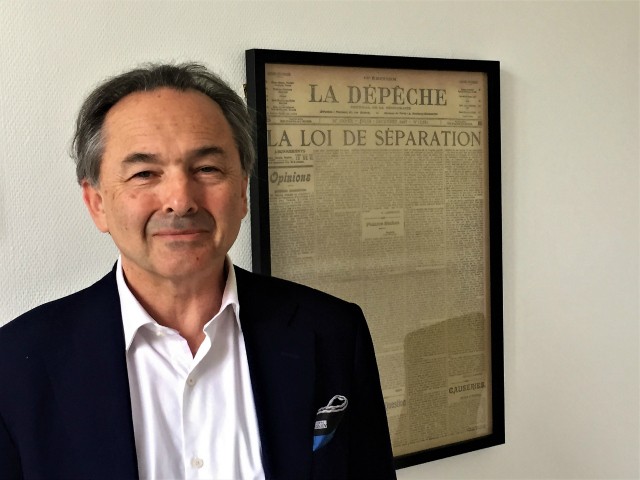 Kepel has also previously warned that Islamists could be leading Europe down a path to a potential future civil war.

French prisons have also been a source of radicalisation with some likening them to “terrorist universities” with French security services linking 1,524 Muslims in prisons Islamic State terrorist sympathies last year.