One of London’s best-known landmarks, the 169-foot Nelson’s Column, has become the subject of intense discussion after an editorial in a British left wing newspaper added it to a list of ‘offensive’ monuments of “white supremacists”, earmarked for destruction.

In a column titled Toppling statues? Here’s why Nelson’s column should be next, Afua Hirsch applauded the history erasing movement which has campaigned to remove, and actively vandalised and destroyed monuments deemed offensive to minorities.

Among those removed or damaged so far include American Civil War soldiers, former U.S. president, and even Christopher Columbus.

Toppling statues? Here’s why Nelson’s column should be next | Afua Hirsch https://t.co/Fg0gX8cOhR

Hirsch hit out British activists for not having the same zeal for destroying public works of art as their American cousins, remarking “Britain – in our inertia, arrogance and intellectual laziness” had failed to enter a “debate” about removing monuments. Viscount Horatio Nelson, the British naval hero who was fatally shot at the Battle of Trafalgar as he led the fleet in a successful battle to curb the imperial ambitions of the tyrannical Napolean Bonaparte was condemned for his typically early 19th century views on slavery. Traditionally regarded as one of the greatest heroes of the British people and an inspired naval tactician, Hirsch dismissed the Admiral as “what you would now call, without hesitation, a white supremacist”.

Implying that the statue of Lord Nelson fulfills the same purpose as Confederate statues in the United States, which she claimed was “energising white supremacist groups”, the writer linked the statue to those of British industrialist and colonist Cecil Rhodes, which have been the subject of campaigning in South Africa and Oxford, England. 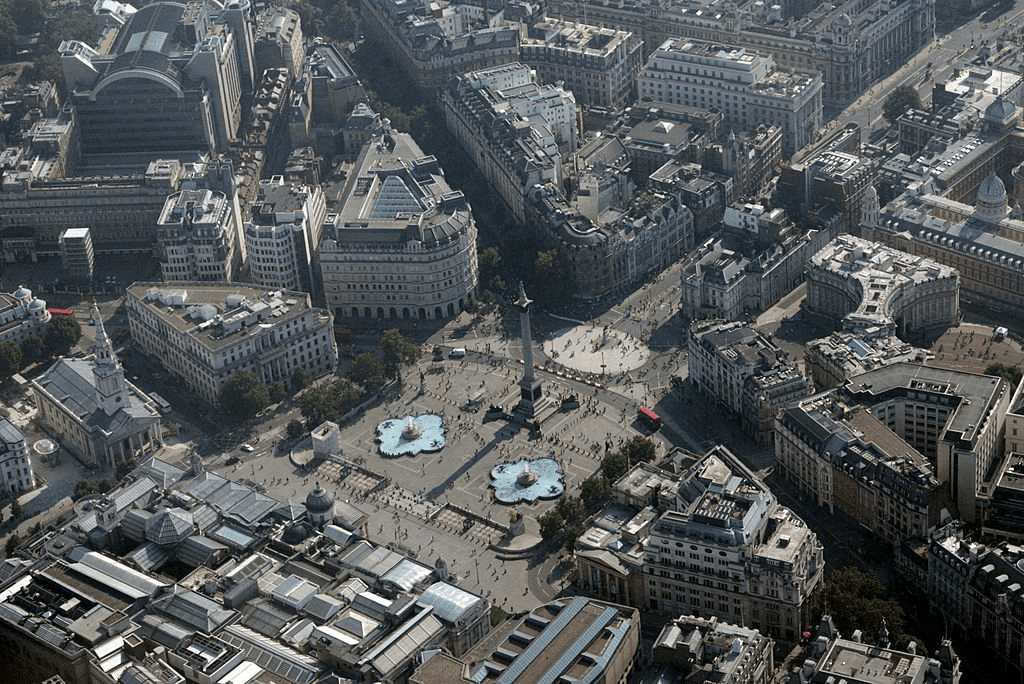 Situated in the geographical heart of London, roads lead from Trafalgar Square head West to St James’ and the West End, London’s social centre, North along the Charing Cross road to the Oxford Circus shopping district, East to Fleet Street and the traditional home of Britain’s publishing firms, and south to Whitehall and Parliament square / Getty Images

While the momentum behind the iconoclast movement in the United States is fast building momentum, emboldened by early success, not all have been so impressed by the call to destroy in Britain. Responding to the article, Brexit leader Nigel Farage remarked simply “shocking that the Guardian are encouraging this. The left really do hate Britain”.

Trafalgar square was laid out beside the Charing Cross, the traditional centre of London in the 1830s, and celebrates the 1805 victory of Lord Nelson over the French at Trafalgar. The column was a later addition, paid for by public subscription.