The Swedish municipality of Hässleholm has purchased several ‘burkinis’ for young Muslim girls, saying that it allows them to participate in school swimming lessons.

The municipality justified the purchase of the controversial Islamic swimwear by saying it wanted to include as many children as possible in the school’s swimming lessons programme. Municipal Deputy Managing Director Rolf Bengtsson likened the purchase to providing a computer or ice skates for children who couldn’t afford them, Swedish newspaper Norra Skane reports.

“We had problems with water quality, so we asked the school that if students are to be able to swim in our baths, they must wear swimsuit, shorts or burkinis,” said the local swimming pool manager Henrik Samevik. 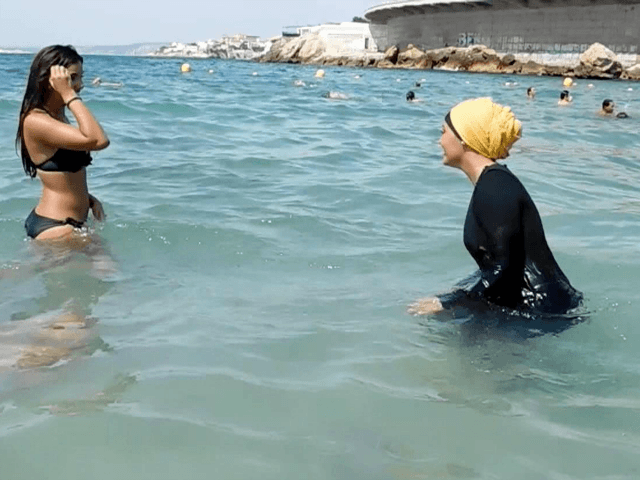 “Many people bathed in scarves and clothes, and then thirty million bacteria in the water come from sweat, makeup, faeces and anything else that’s carried in the water,” Samevik added.

Rolf Bengtsson acknowledged that the garment was controversial but said, “there is no sort of prohibition in Sweden to wear a veil or comprehensive clothing, we can not say at schools that you can not wear that.”

He added that it wasn’t the school’s responsibility to judge whether or not Islamic veils or burkinis were oppressive to women as many claim. One such critic of the Islamic swimwear is Iraqi-born women’s rights activist Sara Mohammad, who called the burkini a strong symbol of oppression.

Commenting on Twitter, she wrote: “municipalities should not police moral matters and offer small girls burkinis.”

The Islam-approved swimwear has caused controversy in many European countries, including France, where many mayors in the south of the country wanted to ban it from public beaches.

In Germany and Austria, many swimming pools have also chosen to ban the garment, arguing that it presents a hygiene issue.