The EU’s chief Brexit negotiator was forced to deny being “angry” at a heated press conference as David Davis accused the European Union (EU) of not being “pragmatic” and described deep disagreements between the parties.

Speaking after the conclusion of the third round of Brexit negotiations, the Commission’s chief negotiator Michel Barnier said there had been “no concrete progress” on key areas and frequently spoke of “consequences” for the UK after leaving the EU’s Single Market and the Customs Union.

He also insisted he and his team would not move “one iota” from the Brexit mandate given to him by the other 27 member states, including the demand that EU courts make decisions on citizens’ rights.

Asked by a journalist why he appeared to be so angry during the conference, a red-faced Mr. Barnier blasted in response: “If I do get angry some day, it will be very obvious, I tell you,” claiming he was merely “impatient”. “No one would deny it was a tough exchange this week,” said Brexit secretary Mr. Davis later. 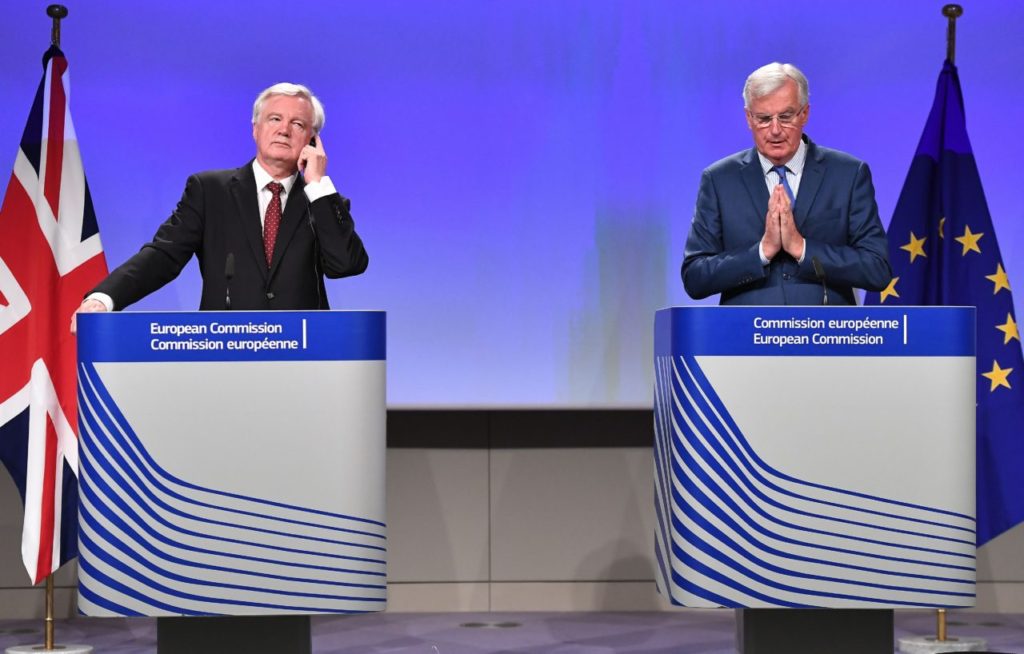 At one point, Mr. Barnier said the UK’s expectations on the Single Market were “impossible”. He said:

“The UK wants to take back control, adopt its own standards and regulations. Well, it also wants these standards recognised automatically in the EU. This is simply impossible.”

The issue of so-called Brexit-divorce bill was another sticking point, after reports suggested British negotiators had stunned the EU’s team by spending three hours picking apart their demands for money, claim they have no legal basis.

Mr. Davis said “we have a duty to interrogate” the bill on behalf of UK taxpayers and said the EU must act “in accordance with law”.

“It is clear the UK does not feel legally obliged to honour these obligations,” Mr. Barnier hit back.

However, Mr. Davis did say there had been some progress on the issue of Northern Ireland this week, but there are still “significant differences” to be bridged.

Mr. Davis also launched a thinly veiled attack on the EU for blocking talks on the EU’s future relationship with the UK until the issues of the bill is resolved.

“Issues around our withdrawal and our future relationship are inextricably linked,” he said, saying, “Our approach is more flexible and pragmatic than the EU” in a clear dig at Mr. Barnier and his team.

“I always said this would not be easy. And that Brexit would have consequences,” Mr. Barnier added towards the end.

“Now over the last few days I have seen there is a lot of commitment on both sides. But time is flying. On our side, we are prepared to step up and intensify the rhythm of the negotiations.”