The Syrian migrant — who has been reported to have been fostered by the same British couple who also cared for a number of refugees including the 18-year-old male presently being held as the prime suspect — is thought to have lived in the UK for over four years.

The Syrian’s Facebook profile included a number of pictures around central London including one of the London Eye tourist attraction with an Arabic phrase from the Koran which translated as “And God would not punish them when they asked forgiveness”, said the paper.

An address on the boundary of Heathrow airport in Stanwell, Surrey, which was searched by police officers on Sunday was Farouk’s home in the United Kingdom and was also linked to the foster carers, whose primary address in Sunbury-on-Thames was raided on Saturday. Ronald and Penelope Jones have fostered hundreds of children and were awarded MBEs by the Queen for their dedication to young people. 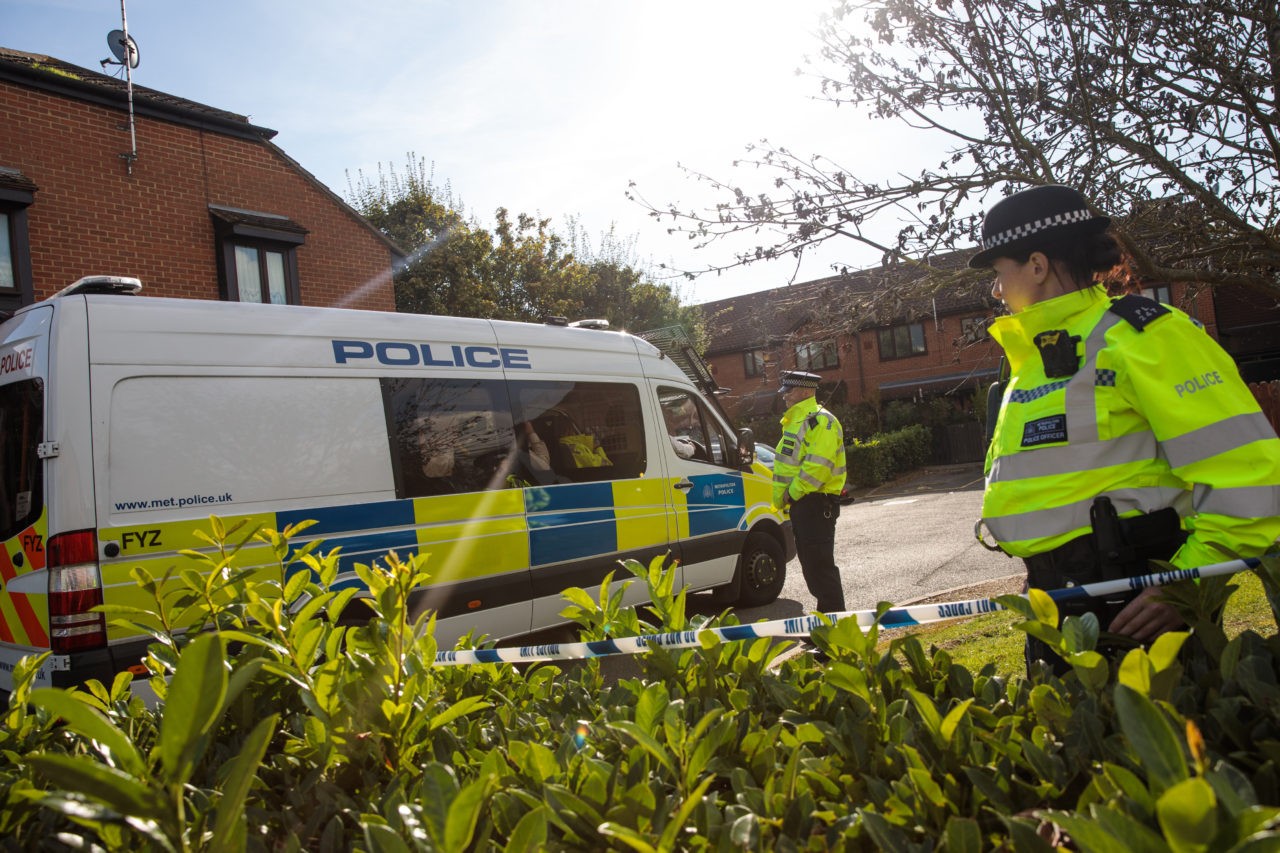 LONDON, ENGLAND – SEPTEMBER 17: Police officers on the scene during a search on an address in Stanwell on September 17, 2017 / Jack Taylor/Getty Images

Friday’s attack, which saw 30 injured after a crude improvised explosive device in a bucket was left with a timer on a London suburban subway train — a network known as the Tube in the United Kingdom — was detonated during the Friday commuter surge. Although the device did not explode with shrapnel in the same manner as the Tube bombs which killed 52 during the 2005 London transit attacks, the heat produced by the device caused severe burns to passengers.

Those admitted to hospital were a mix of those with burns, and those who were crushed during the subsequent stampede to get away from the attack.

The bomb is just the latest in a series of such attacks, predominantly committed by radical Islamist migrants, which have struck Europe over the course of 2017. While London has seen a number of vehicle ramming-knife combination attacks including events at Westminster and London bridge, other European nations including France and Spain have also come under attack.