VIENNA, Austria — Algerian millionaire and political activist Rachid Nekkaz was arrested by police in the Austrian capital after wearing a full-face mask in violation of the newly implemented law banning facial coverings like the Islamic veil.

Mr. Nekkaz announced that he would be protesting the full-face covering ban, commonly referred to as the burqa ban, after arriving at Vienna’s Schwechat airport on Sunday. Nekkaz arrived in the vicinity of the office of Foreign Minister Sebastian Kurz at Minoritenplatz soon after 12 pm.

Nekkaz chose the location as the current Austrian People’s Party leader was the main proponent of the ban on the burqa and niqab which was passed into law earlier this year.

Though many expected him to be wearing a burqa or with someone who was wearing the Islamic garment, Nekkaz turned up in a Halloween-inspired outfit with a top hat, a pumpkin mask covering his eyes and nose and a picture of Sebastian Kurz covering the bottom portion of his face with several 100 euro notes attached. 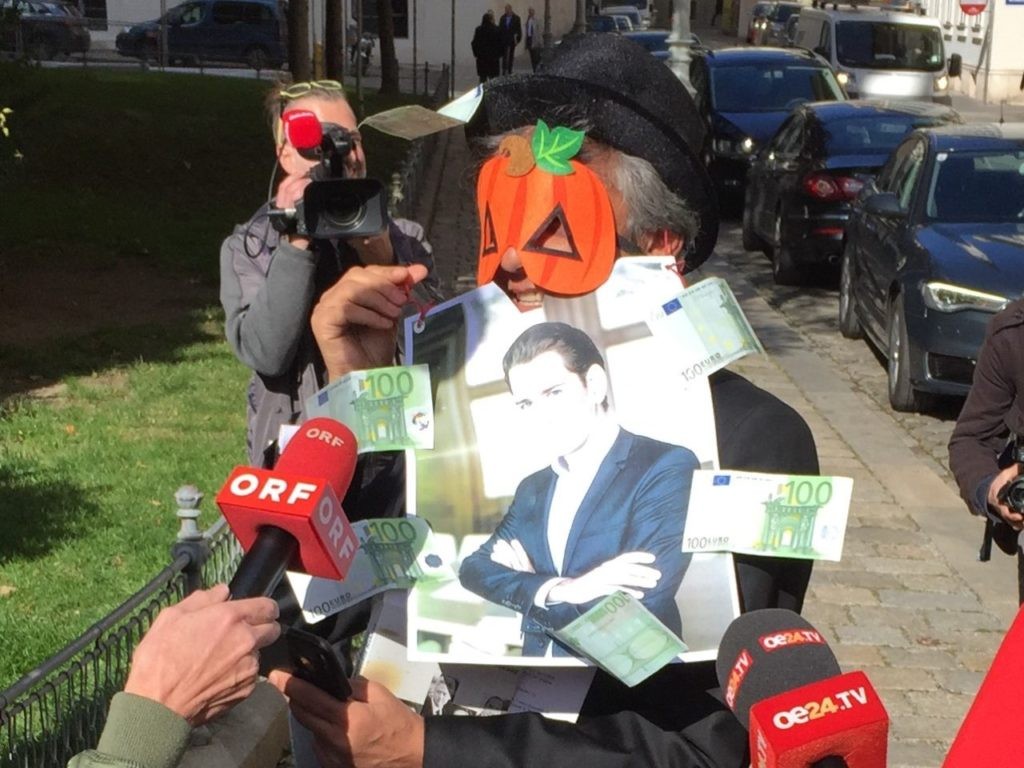 Nekkaz claimed that he wanted to wish Austrians a “Happy Halloween” and that he respected the Austrian constitution and laws and was more than willing to pay the 150 euro fine for covering his face in a public place.

The Algerian millionaire has found some notoriety for offering to pay the fines of Muslim women who wear burqas, niqabs or burkinis in countries that have banned them. When asked by an Austrian journalist if he had already paid any fines relating to the Austrian ban he said he had not so far. 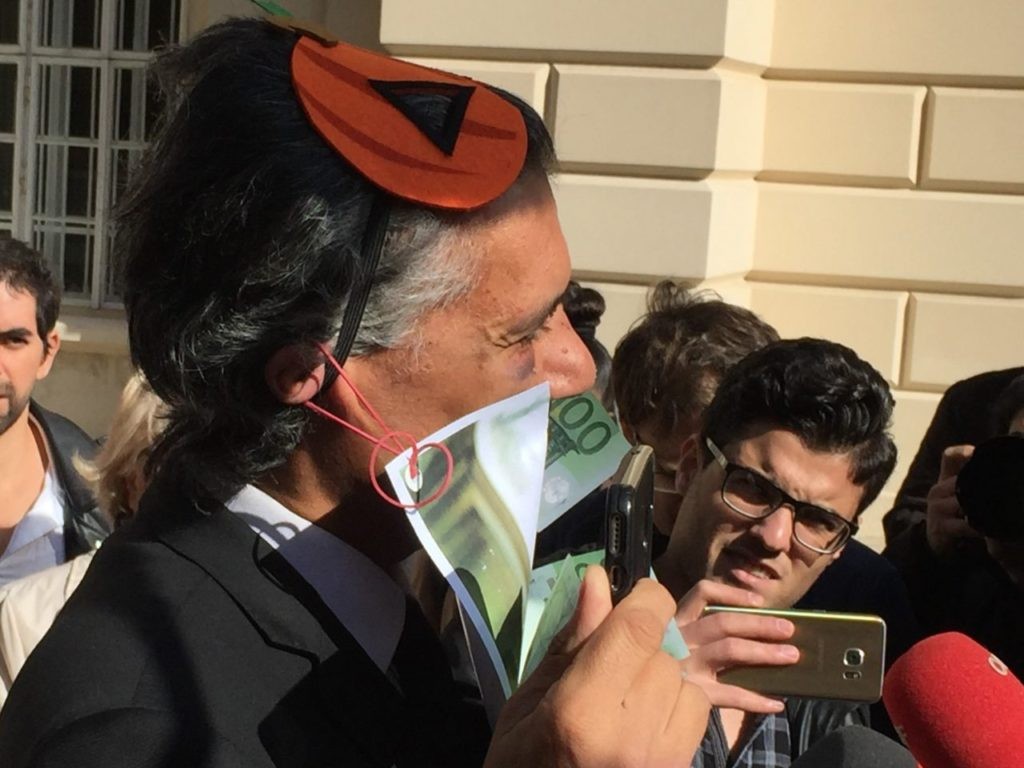 After answering questions from journalists for several minutes, local police based at the foreign ministry approached Nekkaz and told him that it was illegal to cover his face in public. He told the officers that he would pay any fines willingly but was taken into custody after officers insisted that the fine could not be paid in the middle of a crowd.

Last week, the burqa ban law had its first major incident after a female teacher in Vienna informed a woman, who turned out to be 17-years-old, that she had to remove her veil. The 17-year-old physically attacked the teacher after telling her the law did not apply to her. She was later arrested by police for assault.