German police have arrested a 19-year-old Syrian man in Schwerin on suspicion of plotting a massive bomb attack on behalf of terror group Islamic State.

The Syrian identified as Yamen A., who allegedly described himself as a “soldier of the caliphate”, was brought into custody Tuesday after a long period of surveillance by German authorities. He is alleged to have been preparing a bomb attack on an unknown target since late July of this year, according to the federal prosecutor’s office, Reuters reports.

The teen, who came to Germany as an asylum seeker in October 2015, had bought several components for the bomb through the internet including chemicals to make triacetone triperoxide (TATP), a pair of radios, batteries, and a mobile phone battery. Authorities believe the teen was attempting to build a device that would be remotely detonated. 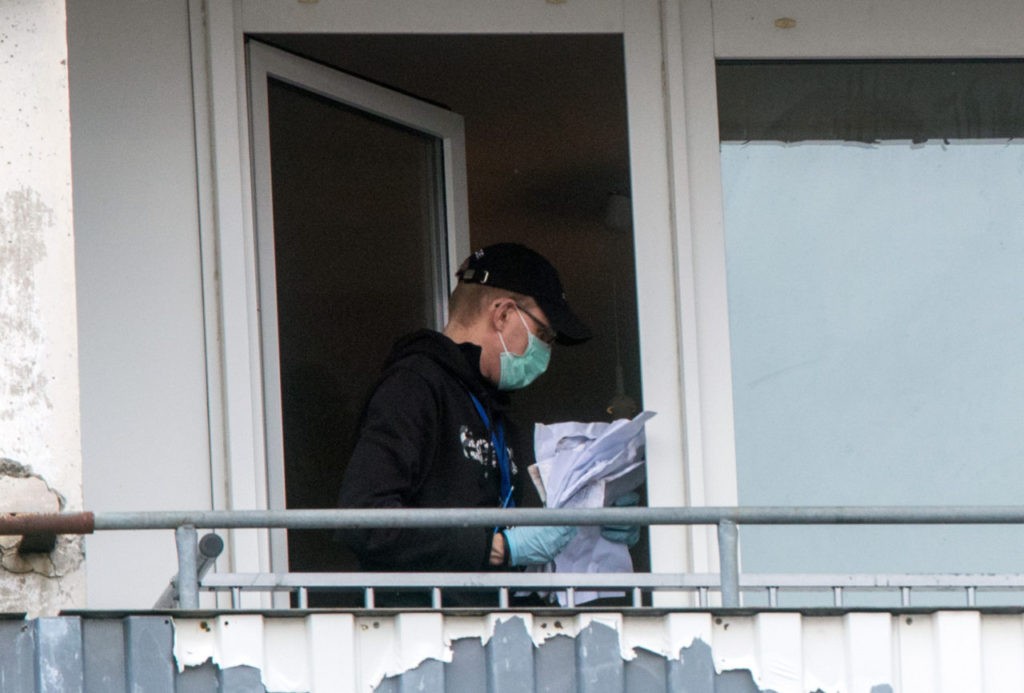 A forensic expert of the police secures evidence in a flat of an apartment house at the Neu Zippendorf district in Schwerin, northeastern Germany, where a 19-year-old Syrian man suspected of planning an Islamist bomb attack was arrested on October 31, 2017. (Photo: JENS BUTTNER/AFP/Getty Images)

“According to the findings so far, Yamen A. made the decision no later than July 2017 to detonate an explosive device in Germany in order to kill and injure as many people as possible,” the prosecutor’s office said in a statement.

“As a result, he began to procure components and chemicals needed to make an explosive device. Whether the suspect had already envisaged a specific target for his bomb attack is still unclear,” the office added.

German Federal Interior Minister Thomas de Maizière commented on the arrest saying it prevented a “major terrorist attack in Germany”. Mr. de Maizière praised the police forces saying they had done “excellent work” and that they were able to catch the 19-year-old late enough that ample evidence was available but early enough to prevent the attack.

It is not believed that Yamen A. had been radicalised before entering Germany fueling fears that Islamists have been recruiting asylum seekers in asylum homes.

The case would not be the first of an asylum seeker becoming radicalised in Germany and either attempted a terror attack or in the case of failed asylum seeker Anis Amri, committed one that killed a dozen people.

Half of terror plots in Germany were planned by asylum seekers and refugees. https://t.co/AZ5sxAxV7q

A report from August claimed that over half of the terror plots in Germany since 2014 were planned by “refugees”.