The father of 11-year-old Ebba Akerlund, who was horribly killed during the Stockholm terror attack last year, has announced he will be looking to sue the Swedish government or the city of Stockholm for not doing enough to prevent the attack.

Thomas Bodström, the lawyer for the father of the victim, said that his client is seeking damages from either the Swedish government or the city of Stockholm, saying that he wants the government to take responsibility for the death of his daughter, Swedish broadcaster SVT reports.

The main contention of the victim’s father is that the concrete lions that line the Drottninggatan street where the attack took place were insufficient to prevent the attack. 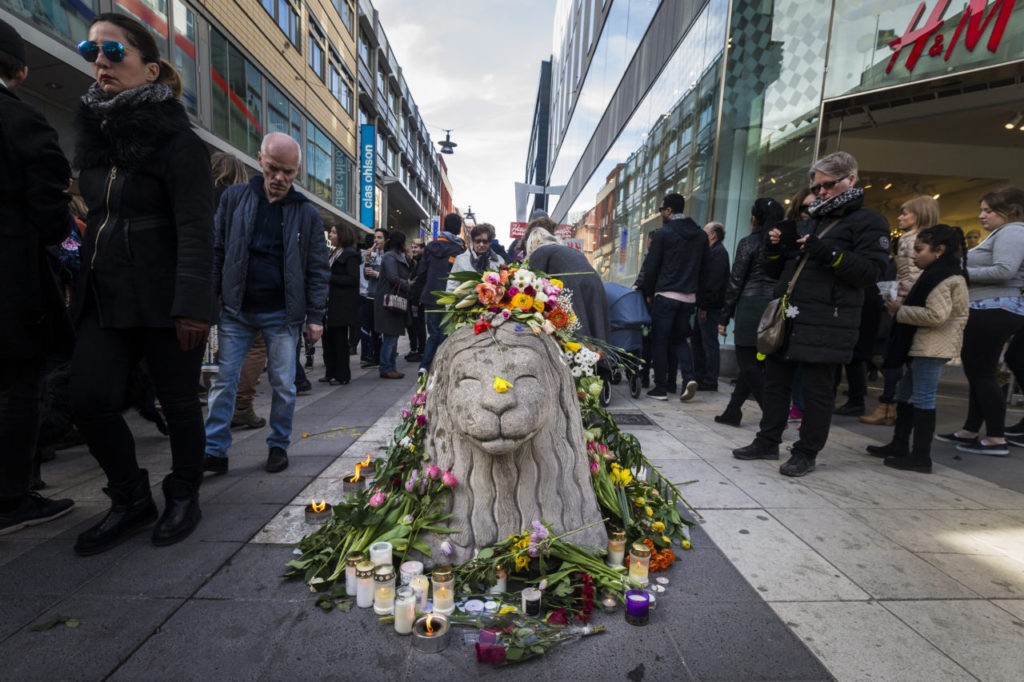 “It has emerged in the preliminary investigation, it appears that these lions are too light,” Bodström said.

According to Bodström, the father of the victim is not as much interested in the trial of the alleged terrorist, rejected bogus asylum seeker Rakhmat Akilov, as he is in the government’s role in the event.

Bodström also said he had hired other experts to look into the case, including Professor of Civil Law Mårten Schultz.

The case is not the first time the family of a victim is seeking damages from a government following a terrorist attack.

Last year, Ariel Zurawskiof, the cousin and former employer of truck driver Lukasz Urban, who was the first victim in the 2016 Berlin Christmas market terror attack, announced he would be seeking damages from the German government. While Mr Zurawskiof received 10,000 euros he said he would be demanding a sum “ten times” higher.

The death of 11-year-old Ebba Akerlund has also been one of the many cases of extreme violence against women and girls due to mass migration policies — cases which have inspired the launch of the launch of the #120dB movement recently.

The group announced that they would be work to give all female victims of migrant crime a voice.