The Belgium government has seized control of a Saudi Arabian-owned mosque, less than half a mile from the European Commission’s headquarters, amid claims it promotes radical Islam.

The Great Mosque of Brussels is the oldest mosque in the Belgian capital and one of the most prominent Islamic buildings in Europe, and serves as the seat of the Islamic and Cultural Centre of Belgium.

The government decision ends a highly unusual 99-year, rent-free lease handed to the government of Saudi Arabia in 1969 for use of the building, the government said in a statement, in “order to put an end to foreign interference in the way Islam is taught in Belgium”.

“From now on, the mosque will have to establish a lasting relationship with the Belgian authorities, while respecting the laws and the traditions of our country, which convey a tolerant vision of Islam,” Justice Minister Koen Geens added in a separate statement.

He explained the move marks “a start made to carrying out several prominent recommendations of a parliamentary inquiry commissioned into terrorist attacks concerning the Great Mosque and the fight against radicalism”. 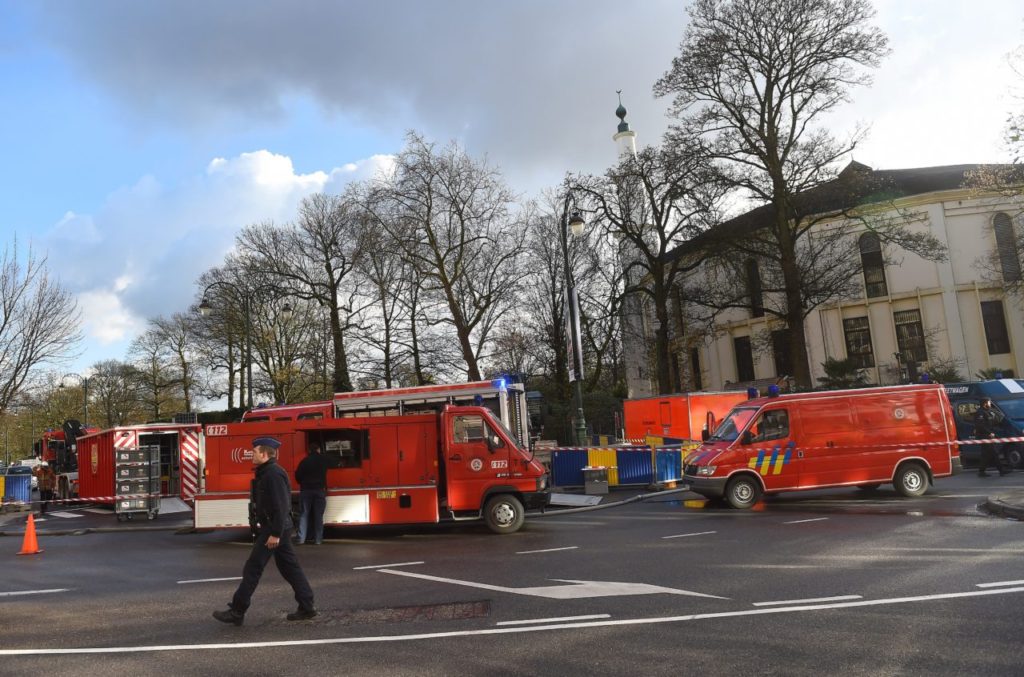 Policemen and firemen set a security cordon around Brussels’ Great Mosque in Brussels on November 26, 2015. The Great Mosque of Brussels was evacuated and 11 people decontaminated after the discovery of a suspicious package containing white powder as the EU capital remained on highest possible terror alert. (EMMANUEL DUNAND/Getty)

Mr. Geens also said the buildings would now house the Muslim Executive of Belgium, an official body which represents Muslims across the country, and the mosque will have to be registered as a place of worship.

Concerns about the mosque began to grow after Islamic fundamentalist terrorists plotted the deadly 2015 attacks on Paris and Brussels, which collectively claimed 162 lives, from the city.

The building had been run by the Mecca-based Muslim World League (MWL), which is mainly funded by Saudi Arabia. The MWL insists it does not promote violence, but critics say it pushed the Wahhabist fundamentalist ideology of the Saudi state, which has been linked to extremism and terrorism.

The MWL is affiliated to the United Nations (UN) and UNICEF, but it has been accused of giving a platform to anti-Semitic speakers and even indirectly funding former al-Qaeda terrorist leader Osama bin Laden.