The desecration of 215 gravesites in Castres in 2015 sparked condemnation and outrage when it was discovered that it was perpetrated by a Muslim male, but it has taken French courts three years to declare it an anti-Christian hate crime.

At the time of the attack, which occurred on April 15th in 2015, authorities refused to call the desecration of 215 Christian graves at the Saint-Roch cemetery an anti-Christian crime.

Three years on, it has now been recognised as a hate crime after a campaign by the General Alliance Against Racism and for the Respect of the French and Christian Identity (Agrif), Le Journal D’ici reports. 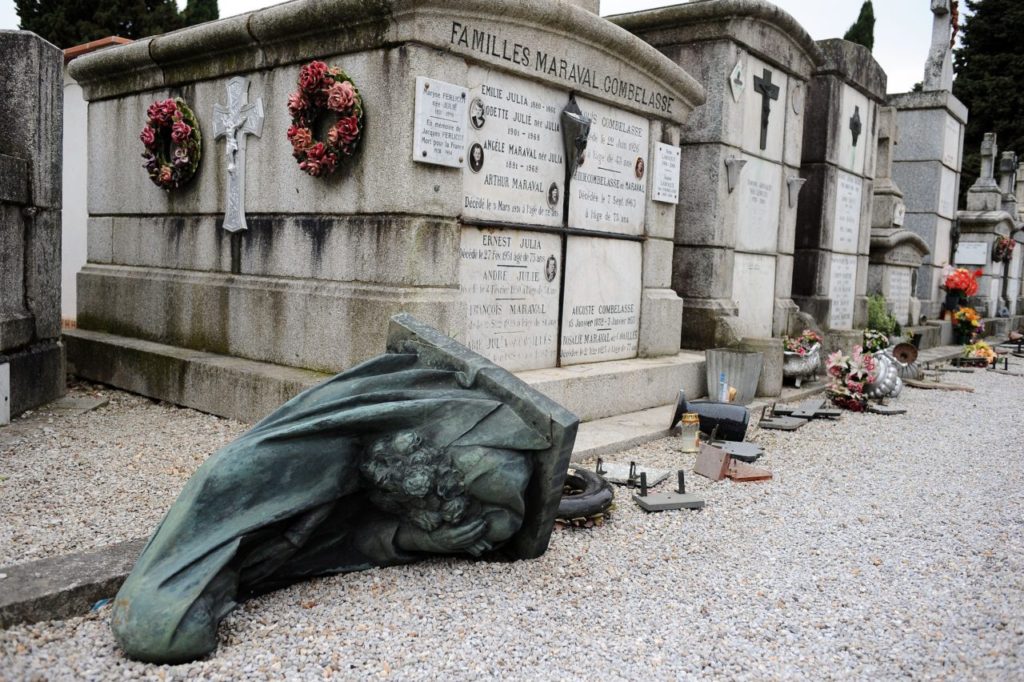 Agrif, according to their website, are an anti-extremist organisation which claims to fight against discrimination of French and Christian individuals and defines itself firmly as a right-wing organisation.

The attack in 2015 was widely condemned across France with former French President François Hollande calling it an “unworthy act” that “undermined the values of our Republic”.

According to the mayor of Castres Pascal Bugis, the attack occurred while the cemetery guards were on their lunch break and said that “only the symbols were damaged, crosses torn off, and some stelas [gravestones] were broken”, indicating a religious motive for the attack.

Anti-Christian vandalism and desecration have become more common in France in recent years. As recently as last month, a pair of young girls attempted to set a church on fire in the department of Morbihan in Brittany, setting various piles of curtains, papers, and other materials ablaze.

France’s interior ministry reported last year that anti-Christian attacks on places of worship had increased by a massive 245 per cent including fires, threats, graffiti, and violence.

Although it was not designated an anti-Christian crime, many across France and the world expressed outrage last month when far-left activists and migrants stormed the Basilica of Saint-Denis, which houses the tombs of many of France’s monarchs, on a Sunday forcing evening mass to be cancelled.