BERLIN, Germany: While the flow of migrants has slowed since the peak of the migrant crisis in 2015, U.S. Ambassador Richard Grenell has warned that chain migration has become a crucial issue for Germany.

The ambassador, speaking exclusively to Breitbart London, noted that chain migration, labelled family reunification in Germany, allows residents to bring over an almost unlimited number of family members to the United States, and is the chief issue for the German government as recognized asylum seekers increasingly demand it.

Chain migration, or family reunification, became one of the central issues during both last year’s election campaign and the formation of the coalition government.

Initial plans for Chancellor Merkel’s Christian Democratic Union (CSU), the Bavarian Christian Social Union (CSU), the libertarian Free Democrats and the Greens, failed due to disagreements on the issue of migrant family reunification.

The current grand coalition between the CDU, the CSU and the Social Democrats (SPD) has also seen severe disagreement over the issue with the SPD demanding a more liberal stance on chain migration, which almost stopped the formation of the grand coalition in December. 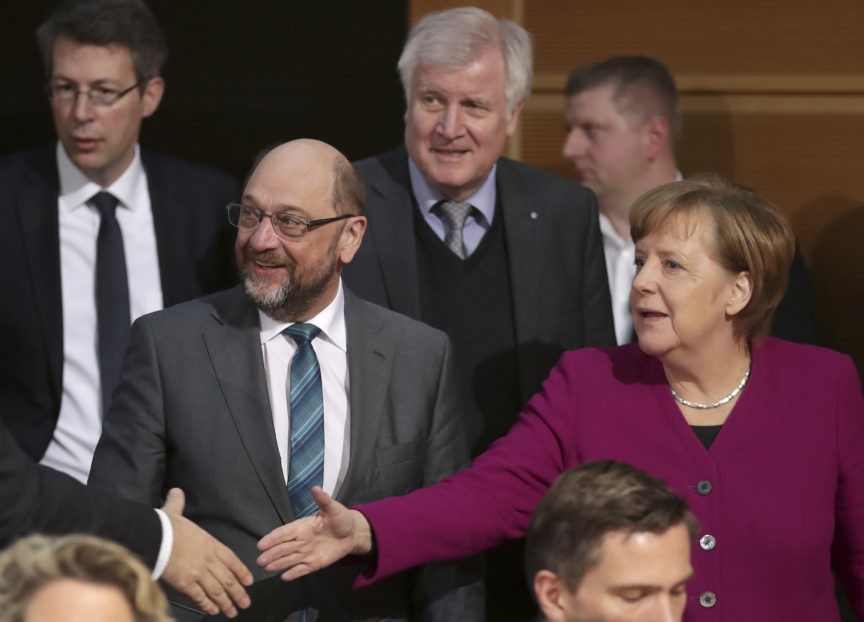 “What does that mean now? Who else gets to come in, and are we checking them? These are challenges for Germany. The issues now are because we do have the Visa Waiver programme. We have a great system in place where there is free and mobile travel, and we need to get it right and help the Germans get it right as well,” Grenell said.

He also noted that the United States faces similar problems.

The ambassador spoke highly of the German intelligence services and said they were just as concerned about the potential negative effects of chain migration as well. “It is important we get these issues right because they affect us. We want to make sure we work with all of the different politicians here in Germany who are concerned about migration, the chain migration issue, working with the proper intelligence and law enforcement officials so we know exactly who is here under false pretences,” he noted.

“I think the difference becomes when the German politicians understand the problem. We’re trying to make it clear that there are certain laws that can be adjusted so that it is easier to protect Germans and Americans from individuals who want to cause harm,” he said.

Some experts have estimated that 390,000 Syrians in Germany could potentially bring family members to the country under the current scheme while Turkish migration researcher and sociologist Necla Kelek has said it could lead to the rapid formation of parallel societies.

“With family reunification, we import the Islamic family system, which leads to parallel societies and integration problems,” Kelek said.

In the U.S., chain migration was also linked to terrorists Sayfullo Saipov and Akayed Ullah who committed or attempted attacks in New York City last year raising the possibility of further radical Islamic terror in Germany.