A migrant male who was arrested on suspicion of terrorism offences after apparently driving his car into cyclists and pedestrians outside the Houses of Parliament has at Westminster Magistrates court.

Salih Khater was charged with two counts of attempted murder following the incident last week, but has not been charged under the terrorism legislation he was initially arrested under. Asked by the judge what his nationality was, the suspect initially said Sudanese before correcting himself and saying British.

He allegedly sped towards members of the public and police officers in a silver Ford Fiesta before crashing into a security barrier outside the Palace of Westminster.

The 29-year-old British citizen who was a resident of Britain’s second city, Birmingham, appeared in Court to answer the charges which state he tried to kill members of the public at and police officers, The Times reports.

Three people were injured during the incident, one seriously, which took place at 7.37am on Tuesday.

Khater’s motive is not clear but the incident is being treated as terror because of the method of the alleged attack, the targets selected, and the high-profile location, police said. 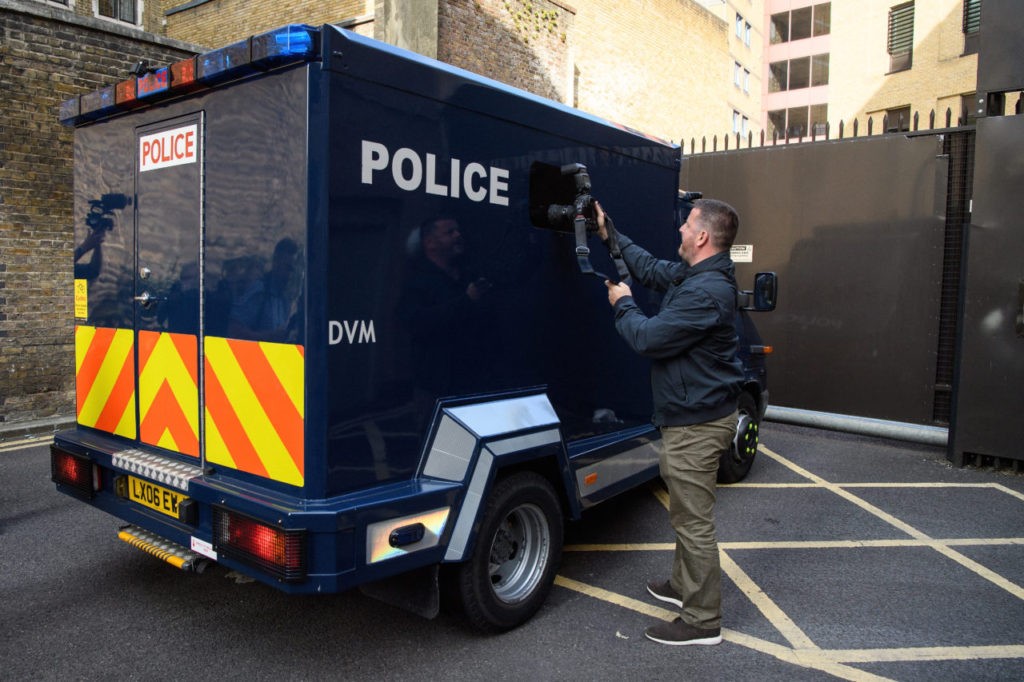 A photographer raises his camera to photograph inside an armoured vehicle at Westminster Magistrates court on the day that Salih Khater appears on attempted murder charges, on August 20, 2018 in London, England. (Leon Neal/Getty)

The man’s lawyer, Johanna Quinn, made no application for bail and the chief magistrate, Emma Arbuthnot, remanded Mr Khater in custody. He will appear at the Old Bailey on August 31.

Scotland Yard said in a statement: “Due to the methodology, iconic location and the alleged targeting of civilians and police officers, the Crown Prosecution Service are treating this case as terrorism.”

Khater was granted British citizenship just six weeks earlier, having arrived in the UK as an asylum seeker in 2010.

Before driving into Whitehall and Westminster, it is claimed he spent hours driving around London in the Tottenham Court Road area late at night.

He then spent around 90 minutes driving around and near the Houses of Parliament.