A police officer was stabbed in the neck in front of Brussels’ main police station on Tuesday morning – with claims the attacker was an Islamist shouting “Allahu Akbar.”

The attack took place on the second day of a state visit to Belgium by French President Emmanuel Macron, and shortly before he is due to visit the infamous terror-linked neighbourhood of Molenbeek.

The police officer is said to be in a stable condition and his injuries are not life-threatening.

“A police officer was stabbed and slightly wounded” and taken to the hospital, she said. “His colleagues retaliated by firing shots at the attacker who was subdued,” but he also did not sustain life-threatening injuries.

Sources told local newspaper La Dernière Heure that it was an Islamist militant who attacked with two knives, and was witnessed praying after being shot twice by officers.

However, the police spokeswoman refused to confirm the report, which also claims the attacker had cried “Allahu Akbar” (‘Our God is greatest’ in Arabic) during the assault. 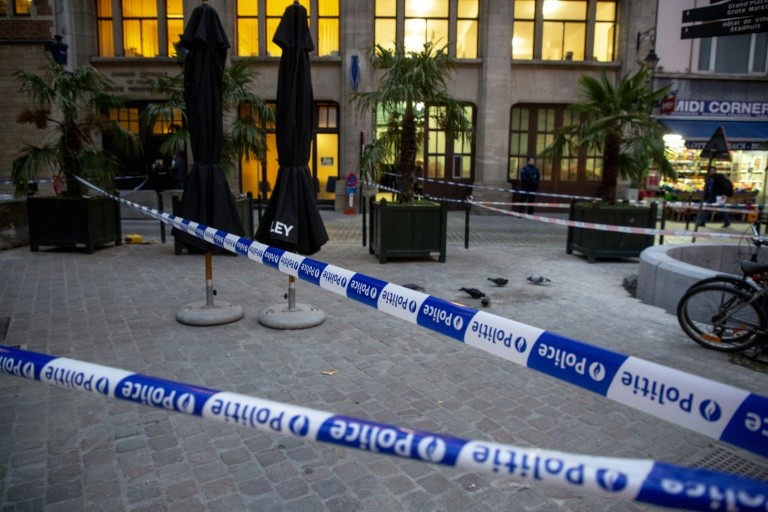 “It is too early to say now what the motive was of the attacker. The investigation is underway,” the police spokeswoman said.

Meanwhile, Belgian interior minister Jan Jambon said the suspect in the “cowardly attack” was not listed in Belgium’s counter-terrorism database.

“Police don’t know him as someone who was radicalised or a terrorist. He seems to have been in psychiatric care but was released a while ago,” the minister told Radio Een.

La Dernière Heure also claims that the attacker, named by the newspaper as Issam T., had criminal convictions dating to 2011 for robbery.

“Every day, men and women police officers of the country ensure the safety of our fellow citizens. They deserve more than ever our respect and our support.”