The United Kingdom will create a GPS-like “sovereign” satellite system to rival the European Union’s Galileo programme, Theresa May revealed Friday evening as she met with world leaders in Buenos Aires at the G20 summit.

The majority of the satellites for the European Union’s own satellite navigation system programme — conceived in the 1990s as a European alternative to the United States, Russian, and Chinese satellite groups — have already been built in the United Kingdom, but the European Union has decided to block Britain from contributing to the project after Brexit.

Prime Minister Theresa May had wanted to keep Britain in the EU’s Galileo project, just as she has also worked to keep the UK tied into most aspects of the EU under the guise of negotiating a Brexit “deal”, but the Union has decided to “push” the UK out of the programme and go it alone.

This leaves the UK with no choice but to embark upon its own satellite system, Theresa May said Friday, and likely doing so in conjunction with the UK’s closest Commonwealth allies Canada, Australia, and New Zealand, reports the Daily Telegraph. The system is likely to also involve United States collaboration and will reportedly be compatable with GPS.

Running an independent satellite system is considered important because the owners of national systems such as U.S. GPS, Russian Glosnas, or the EU’s Galileo are able to turn off access at will, which could leave non-controlling nations without crucial navigation systems for military and civil equipment during a crisis. 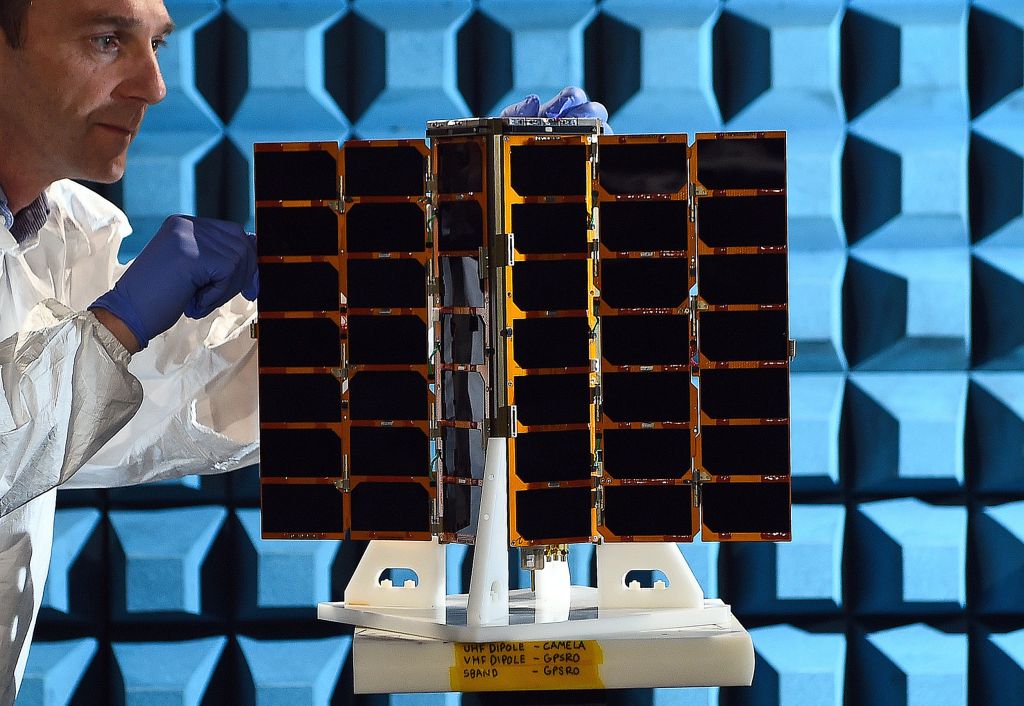 A satellite under construction in a British factory in Glasgow, Scotland. The United Kingdom is a major global centre of satellite production / ANDY BUCHANAN/AFP/Getty Images

The Prime Minister said: “The commission decided that we would be barred from having full aspects of the Galileo programme and so it is right for us to look for alternatives because it would be wrong to put our [armed forces] relying on a system on which they couldn’t be sure of… That would not be in our national interest.”

She continued: “So what is in our national interest is to say no, you haven’t allowed us full access, so we will develop an alternative, we will look at alternative options, we are doing that work but we will work with other international partners to do so as well.”

May had already trailed this as a potential outcome of the European Union’s continued obstinance over the shared satellite programme to which the United Kingdom has already contributed £1.2 billion.

In August, May foreshadowed today’s statement, warned Britain was preparing to launch a “sovereign” system of its own, and said: “…unless we receive assurance that we can collaborate on a close basis in the future – like the close security partners we aspire to be – we are clear that we will withdraw UK support for Galileo and pursue our own sovereign satellite system. And this is not an idle threat to achieve our negotiating objectives.”

The announcement that the UK was not to be continuing to participate in the encrypted military part of the Galileo system heralded the resignation of another minister from May’s cabinet, this time science minister Sam Gyimah. The seventh minister to quit May’s government since her draft deal was announced, Mr Gyimah said Europe’s intransigence over the satellite programme proved how the Union “stacked the deck” against Britain in negotiations, and proved how the UK “will be repeatedly and permanently hammered by the EU27 for many years to come.”

These three Commonwealth nations that could join the project plus the UK and the U.S.A. make up the so-called Five Eyes, the deepest and most comprehensive intelligence-sharing group on earth. Dating back to the Second World War, the wide geographic spread of the nations allowed the group to develop into an unparalleled signals intelligence gathering effort, and the relationship between the key military allies remains close today.