There should be a referendum on the future of the monarchy in the wake of the Woke Royals developments, a contender in the race to replace Labour leader Jeremy Corbyn has said, as anti-monarchists scrabble to capitalise on the Royal family’s woes.

The comments came from leadership contender Clive Lewis, who said at his campaign launch Friday that he wanted the public to have a discussion about what a “modern state” looks like, and whether there would be a place for the monarchy in it.

Responding to questions from the floor, Mr Lewis expressed sympathy for Prince Harry and Meghan, who this week dropped a proverbial bombshell on the Queen and nation by announcing they would be withdrawing from UK public life to pursue their own goals in North America. Mr Lewis also repeated claims made by others that Meghan Markle had suffered from racism in the United Kingdom and that this could be a contributing factor to her departure.

The would-be Labour leader — and hence a candidate to be the next leader of the United Kingdom, an office that serves the monarch as her Prime Minister, Lewis said: “I think a lot of people would like to see the monarchy scaled-down… so why not have a referendum in this country on the future of the Royal family? We’re a democracy.

“I’d rather see us as citizens than subjects in the 21st century. Let’s talk about what a modern state looks like, and what the role of the Royal family would be, if it had one.” 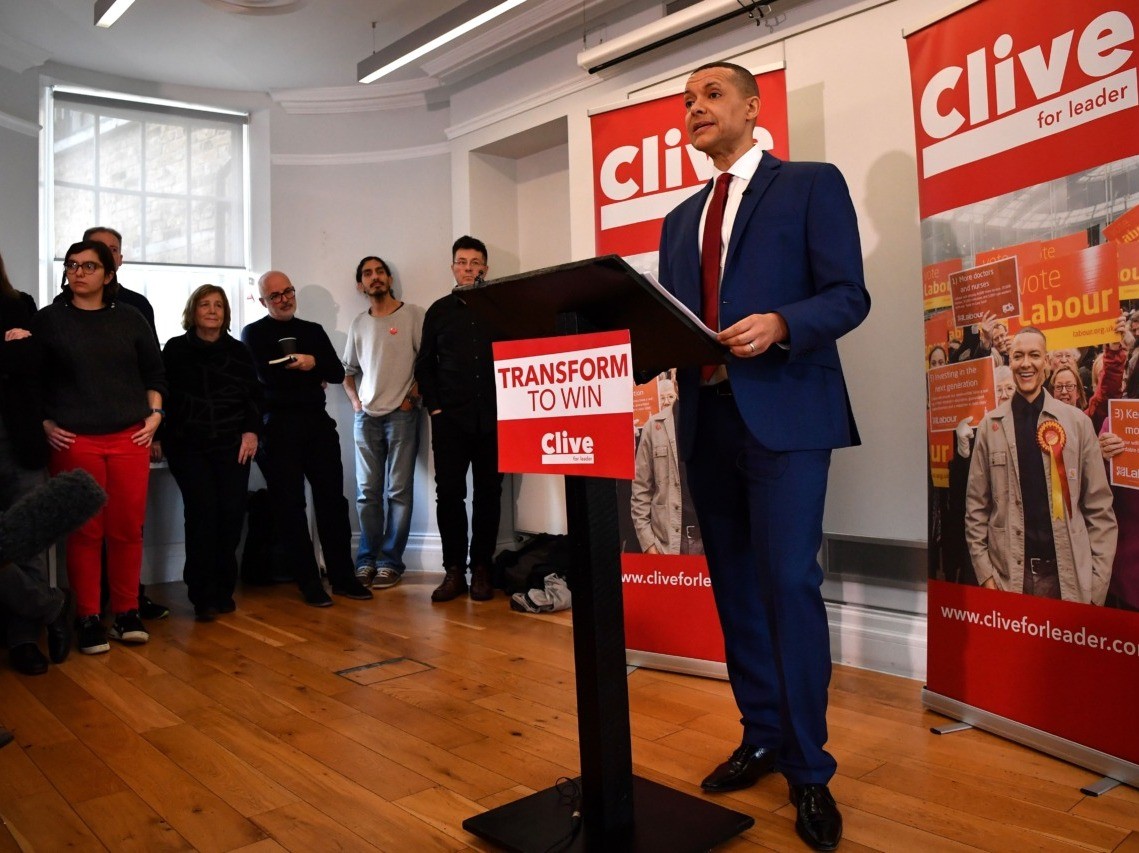 British Labour politician, Member of Parliament (MP) for Norwich South and Labour leadership hopeful Clive Lewis sets out his vision for the party at an event in Brixton, south London on January 10, 2020. – Britain’s main opposition Labour Party on January 7, 2020, opened nominations for candidates to replace Jeremy Corbyn as leader after a disastrous slump in support at recent elections. Voting takes place from February 21 to April 2, with the winner announced two days later. (Photo by BEN STANSALL/AFP via Getty Images)

Abolishing the monarchy has long been a pet project of the hard-left in Britain. Present Labour leader Jeremy Corbyn has been an outspoken supporter of abolition for decades — described as a lifelong republican, he has previously supported moves in Parliament to remove the Queen and has refused to sing the national anthem given its pro-monarchy themes.

Yet these are positions he has been silent on since becoming Labour leader in 2015, the matter proving too controversial for even the newly hard-left Labour party to speak about in public in a nation where support for the Queen and the institution remains high.

In bad news for would-be Labour leader Clive Lewis who appears to have decided not to let the crisis go to waste in using the present news cycle to float his anti-monarchy ideas, repeated and frequent polling in the UK shows sustained support and popularity for the Queen and monarchy. 2018 surveys found just 16 per cent of Britons said there should be no monarchs in future after Queen Elizabeth II dies, and seven-in-ten supported having a monarchy in future.

The figures suggest that should a referendum go ahead, the British people would vote overwhelmingly in favour of the Queen, and that a policy of questioning the monarchy under Clive Lewis could go down as well with voters as Jeremy Corbyn’s policy on Brexit did in recent UK elections.