Berlin police launched an investigation on Boxing Day, Saturday, after several people were shot in a city district overnight.

Four people were injured by gunfire in the early hours of Saturday morning, with three men seriously injured, including one who was shot into the leg and who had to be pulled out of the city canal by passing workmen. It is claimed he jumped into the canal to escape further injury. No fatalities have been reported.

Germany’s Die Welt newspaper — founded by the British army as a new newspaper free of Nazi stigma in the wake of the Second World War — reports the shooting took place in the “immediate vicinity” of the party headquarters of the Social Democrats (SPD), the left-wing coalition partners keeping the center-right Anglea Merkel in power. The shooting was so close to the party building, bullet holes were observed in buildings directly opposite it on the street.

Heavily armed police and a helicopter were deployed on a manhunt in response to the shooting from around 0400 Berlin time. 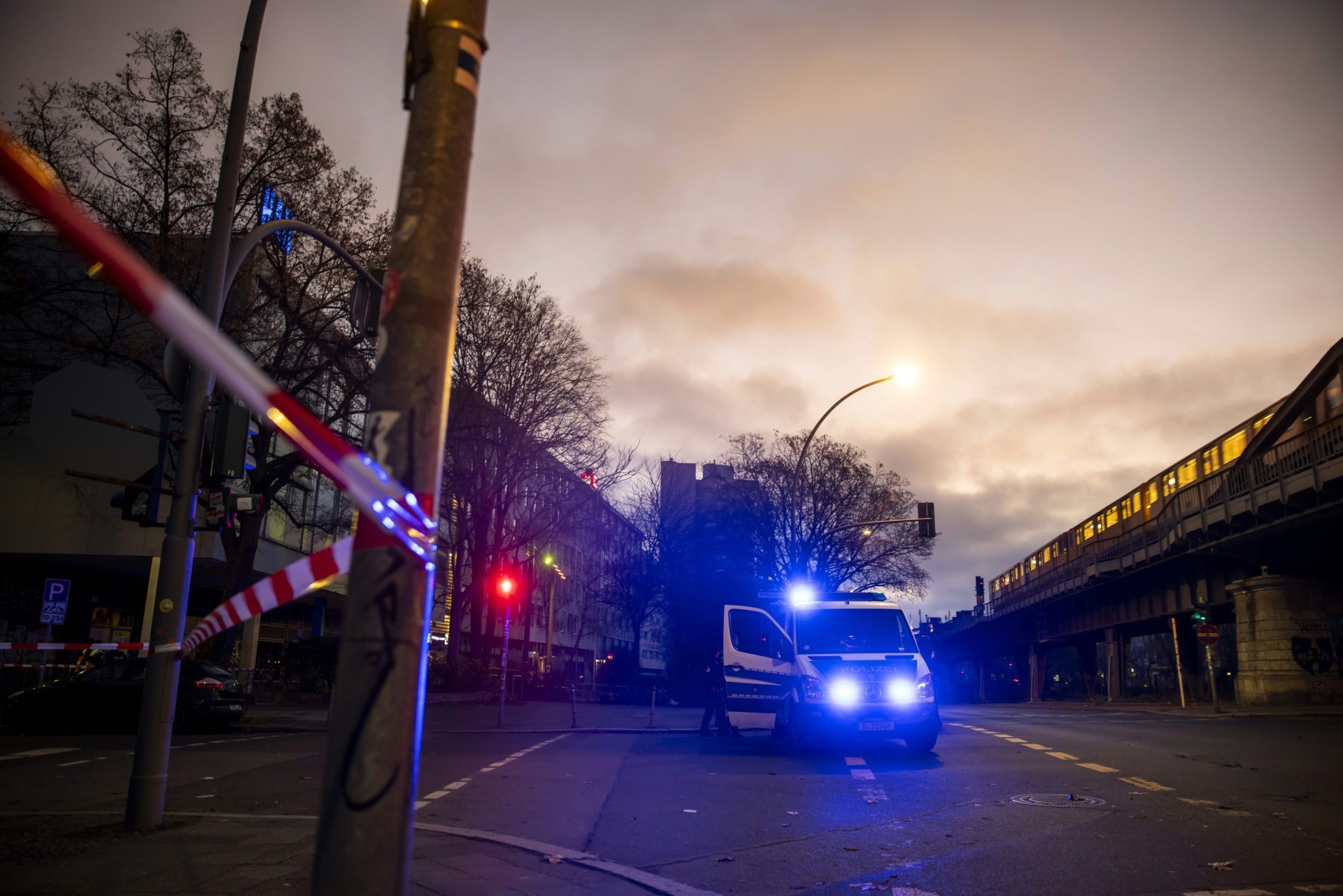 The attack took place in Berlin’s Kreuzberg district, which is immediately south of the city’s central business district. The north bounds of the area is delineated by the historic path of the Berlin Wall, built by Communist East Germany in 1961 to keep out “fascist” Westerners, and contains Checkpoint Charlie.

Tourist websites promoting the area call the historic Kreuzberg district by turns “multicultural”, “gritty”, and describe it as having a “large Turkish population”.

Welt‘s report cited the remarks of a police officer close to the attempted-murder investigation launched around the St. Stephen’s Day shooting, who said the motivation for the attack had not yet been discovered. The officer also said it was not known how many people had been involved in the shooting, and whether there had been an exchange of fire or just one gunman. The paper’s report noted that such disputes were not uncommon in Berlin, where “individual groups or families” settle scores violently.

Breitbart London has long reported on such “crime families”, as they are known”, that run Berlin’s underworld. Their practice of aggressively recruiting newly arrived migrants into junior positions in the organisations had some impact on the city’s crime statistics, however. In 2017, nearly half of all known criminals in Berlin were foreign citizens.