TORONTO, Canada: Ten people were arrested on Saturday during protests in Toronto against the strict Wuhan coronavirus lockdown measures implemented by the Ontario government.

The ten people were all arrested at Toronto’s Yonge and Dundas Square on Saturday, which saw a large crowd first gather at around noon before eventually walking toward the Ontario legislature at Queen’s Park.

Toronto police stated that seven of those arrested Saturday will be facing criminal charges, according to a report from Canadian broadcaster CBC. 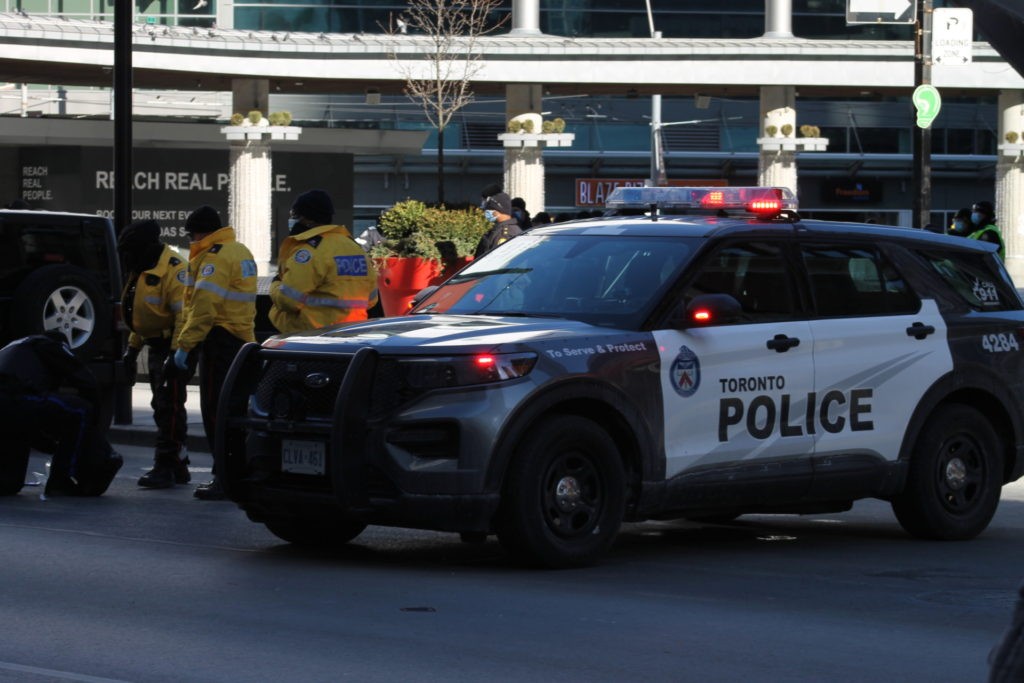 The broadcaster noted that five of the lockdown protesters were arrested for obstructing police officers, one for assaulting an officer, and two will face nuisance charges. Nine people were also charged with violating the lockdown measures implemented by the Ontario government under its emergency act.

“The Toronto Police Service continues to respond to calls to attend large gatherings and will take steps to disperse. Police will issue tickets and summonses to individuals when there is evidence of non-compliance of the provincial order under the EMCPA or the Reopening Ontario Act (ROA),” the Toronto police said in a statement. 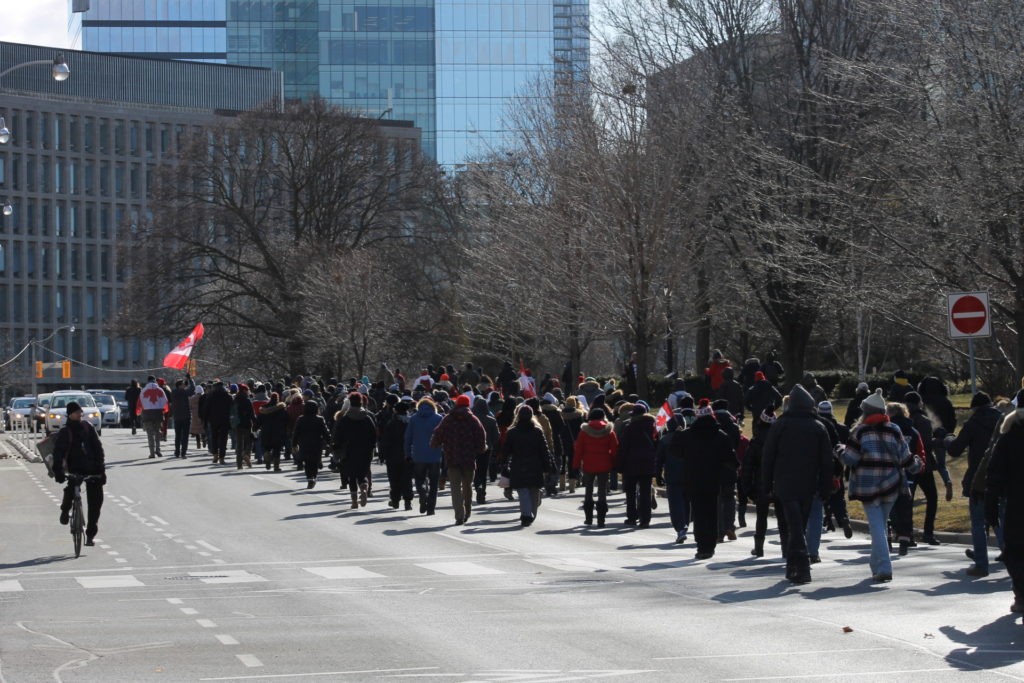 Police not only ordered protesters to leave Yonge and Dundas Square but also told a member of the media to leave as well, telling a camera operator for Toronto’s CityNews that they were “not essential.”

“Media at this point in time is not an essential service in the square so we can’t have you come and gather and stay for a while and loiter unless it’s for an essential reason,” the officer told the camera operator. 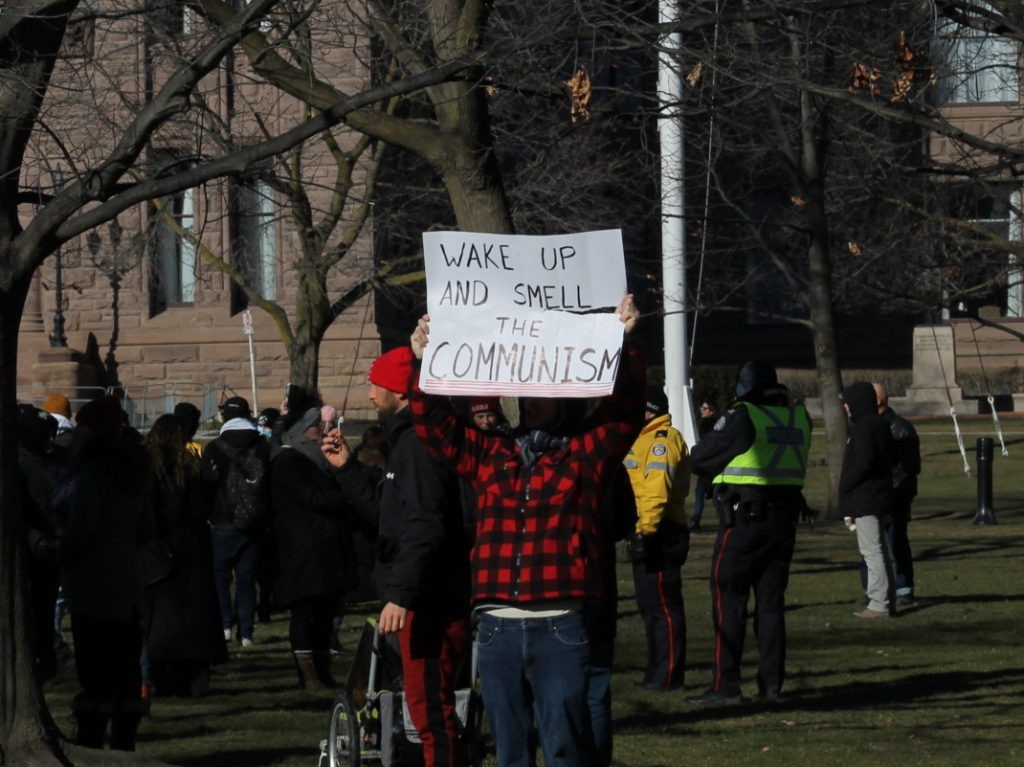 An anti-lockdown protestor holds a sign in front of the Ontario legislature at Queens’ Park. Chris Tomlinson/Breitbart News

“As soon as this was brought to our attention we ensured officers on scene were provided with the proper information. No further incidents took place and media concerns have been responded to,” Toronto police said on Twitter.

Saturday’s protests are just the latest to take place in Canada’s largest city, with three protestors being arrested the week prior and police handing out 18 charges of failing to comply with lockdown rules.

In November, a Toronto business owner named Adam Skelly made headlines after protesting coronavirus restrictions by opening his barbeque restaurant to indoor dining for several days before police and the city of Toronto changed the locks to his restaurant and later arrested him. 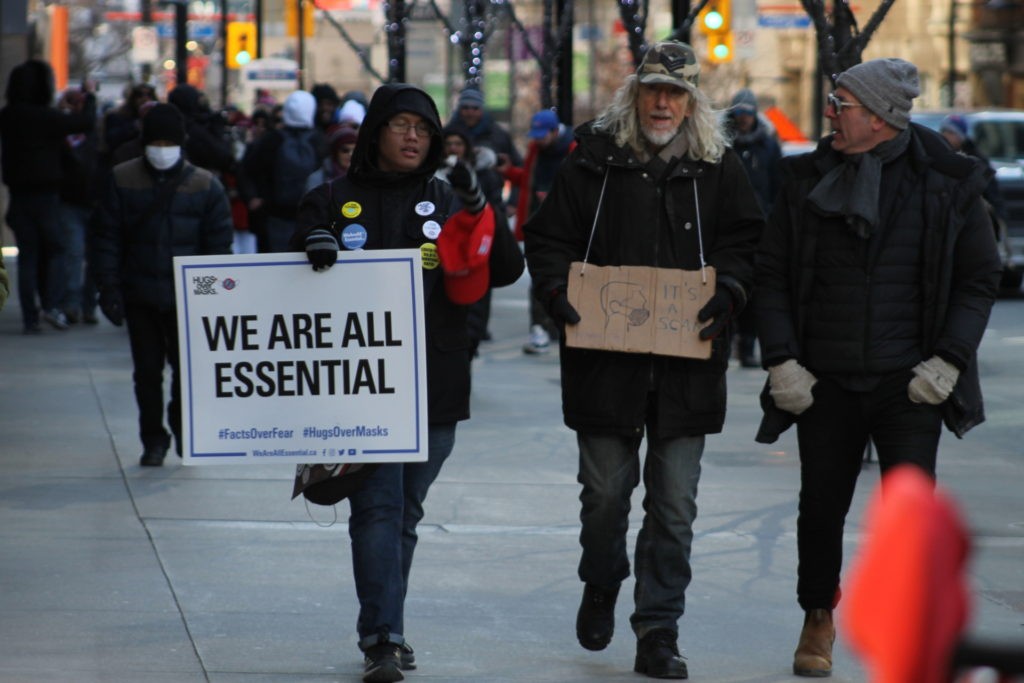 Toronto Mayor John Tory shared a similar opinion calling Skelly’s protest a “disgrace” and stated, “If you ask my opinion as to whether I’d be getting those concrete blocks out of storage right now and going if necessary and putting those in front of Adamson’s or any other place that violates the law in that manner, yes I would.” 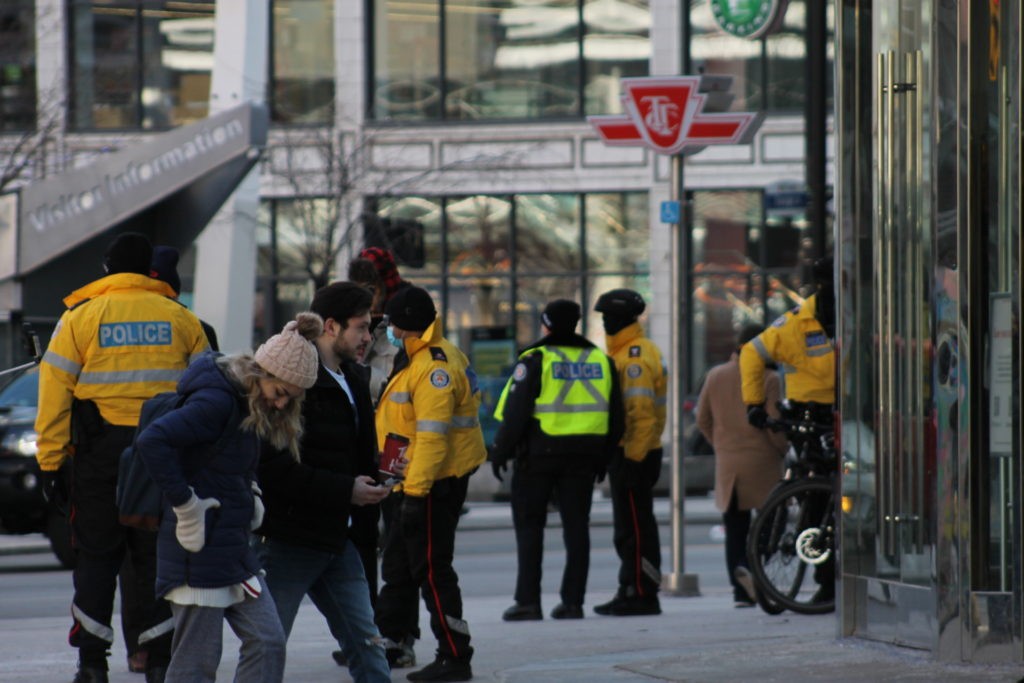